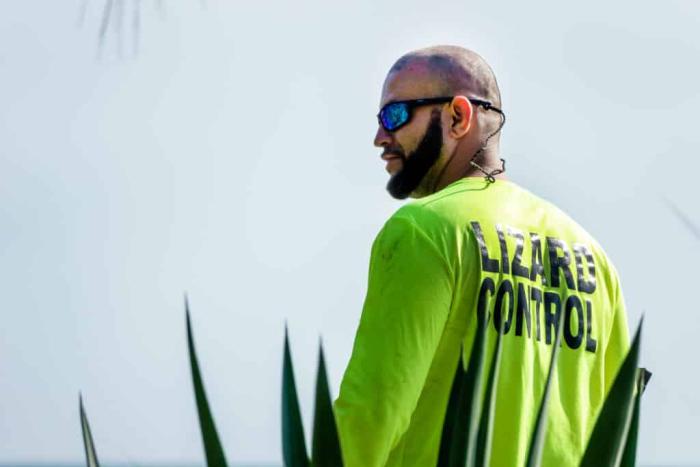 OK, Who Had 'Toilet-Invading Iguanas Get Banned From Florida' On Their 2021 Bingo Card?

What, you thought 2021 would be somewhat calmer than 2020? You thought that there wouldn’t be a revolt over the banning of certain exotic animals in Florida, including a toilet-invading iguana, owl-terrorizing lizards, and strangle-friendly pythons? Well, you’re not getting a full house on your bingo card this year. That’s what you get for putting all your eggs in the Murder Hornet basket.

Florida is a state of many curiosities and meme-ready qualities. While their alligator gangs are well-known, their great love of non-native exotic animals isn’t. Well, it is when bad things happen, and the thing about introducing a new species to an ecosystem that’s totally unready for it is that things always go terribly wrong. The Florida Fish and Wildlife Conservation Commission has spent many years dealing with these scary and often surreal problems. This is the state that, according to the Washington Post, is infested with more exotic and invasive species than any other state and perhaps, some say, than anywhere else in the world.’ Burmese python escapes are now so common that many people make their living capturing them in Florida. Green iguanas are popping out of toilets like Stephen King aliens. Nile monitors have become the de facto bullies of the local burrowing owl population. Argentine tegu lizards are decimating the native turtle population thanks to their penchant for their eggs.

Various environmental groups have been crying out for drastic change for years because this infestation has done potentially irrevocable damage to the region. Now, in a 7 to 0 vote, the Fish and Wildlife Conservation Commission has voted to ban possession and breeding of close to 20 non-native species of reptiles. It’s been a controversial choice, of course. The reptile breeding industry is huge in Florida and this will basically kill it off. Many pet owners are worried about losing their loved ones, although the bill does not require anyone to give up ownership of their animals. They just can’t replace them when they die. Some environmentalists feel that it’s too little too late, especially for those endangered native animals who have been overwhelmed by invading toilet lizards.

Whether this law change will be enough to fix decades-old problems remains to be seen. The exotic animal industry is a real and oft-overlooked issue in America. It took until the past year for the ownership and sale of big cats to be examined for the cruel and unusual punishment that it is, and that’s mostly because of Tiger King’s popularity *shudder.* Exotic reptiles are big business, and a lot of Floridians will want to fight for that industry. That or another state will open their doors, although the laws wildly differ from place to place.

So, keep an eye on your toilets, my friends. Remember the Florida state motto: Protect your groin.