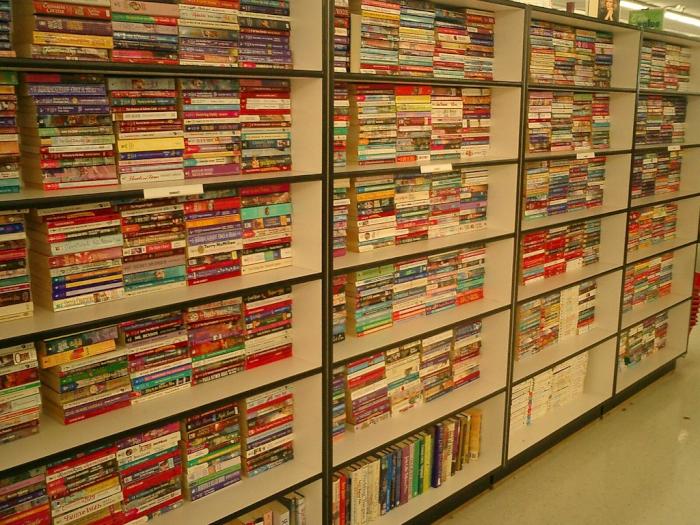 For those of you who have been keeping up with the RWA drama that went into total freefall last December, the most recent development in this mess will probably not shock you. For everyone else who has no idea what we’re talking about, wow, do you have some catching up to do…

To give you the Spark Notes version, last December, the Romance Writers of America, arguably the most important and prominent group in the romance publishing industry, suspended Courtney Milan, a hugely popular writer and a former board member. This decision was made because another author, Susan Tisdale, filed an ethics complaint against her after Milan criticized her for working with someone with an extensively documented history of racism, Trump support, and celebration of ICE. This came following another complaint filed against Milan from writer Kathryn Lynn Davis, who claimed she lost a major book deal after Milan, an Asian-American author, criticized one of her books for its racist depiction of Chinese women.

This led to a huge pushback from the romance world and a whole lot of revelations about the RWA’s ineptitude, active subterfuge, and the man who seemed to essentially be running a coup of the organization to get to the upper echelons of power. Authors even boycotted the RITAs, the RWA’s version of the Oscars, in protest, which caused that ceremony to be canceled. I recommend you read my full post from last month to get all the details because it’s way too much to repeat for this news story. Basically, it was proof once more of how white fragility and the disheartening lack of diversity in publishing destroys all nice things.

Now, the implosion continues, as it was announced last night that the remaining board members of the RWA had resigned en masse! In a statement, the members said:

‘The board has always wanted what is best for Romance Writers of America, and we still do. This desire has been the driving force behind every decision we have made to try to navigate RWA during this difficult time. We have tried hard to keep the best interests of RWA front and center as we have confronted the challenges of the past eight weeks. We believe that the board must have the trust of the membership and that this is the best way forward to achieve that. We believe RWA can and will be a place of inclusion and respect. We tender our resignations in support of the organization and its mission.’

It’s been a busy year already in publishing, hasn’t it?

Wow, I have been quiet about RWA because I am beyond the "talk about things" threshold, but WOW. @romancewriters, you are incompetent assholes and using photos of the same POC you screwed over AND WHO HAVE RESIGNED on your website is bullshit. https://t.co/fjQIHB2ups

RWA may owe me an apology, but even more so, it owes an apology to:
* the marginalized people who raised many prior unaddressed issues
* the former Board members who put in incalculable hours trying to help them tie their shoelaces so they wouldn’t trip on them

Romancelandia IS NOT RWA.

The only people responsible for today's fallout is the Board. RWA dropped a bottle of olive oil on the floor on Dec 23rd. The decision to light a fire, pour every flammable liquid in the kitchen on it, & lock out the fire department is indeed incomprehensible, but it's ON THEM. https://t.co/NjYXS8YiLx