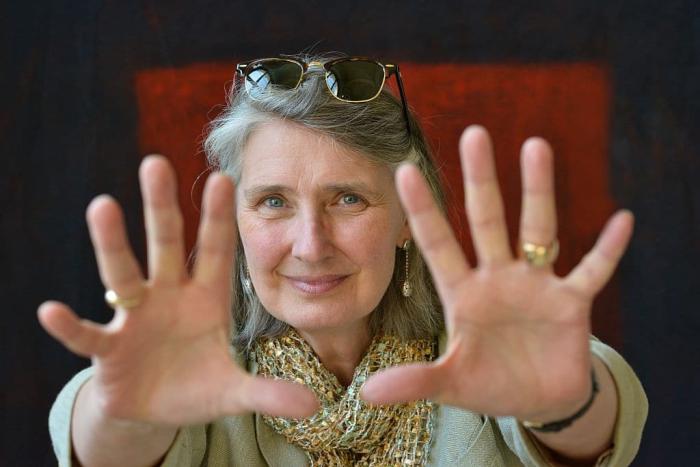 I stopped reading for a while.

While I was studying for my Master’s degree and getting into the swing of working full-time as a writer, I found I had a lot less time for my favorite hobby. I began to feel guilty for reading stuff that had nothing to do with film studies or could not be commodified into something for my job. It stung to lose the passion I’d had since my early youth but it felt like a necessary sacrifice during a time of such business in my life. But then I completed my degree last year and ever got back into reading with the same fervour. That’s fine, I thought at the time. You’ve been stressed out and could use the break, just let your brain recalibrate and you’ll find your way back to books. For months, I would pick up titles I’d much anticipated, get a few chapters in, then put them down permanently, even if I was enjoying the book itself. What used to come so naturally began to feel like hard labor but with none of the benefits. As someone who works full-time as a pop culture writer in an industry where the constant threat of Pivot To Video is around every corner, it almost felt like a waste of my time to have hobbies when I could use those valuable minutes to create more content. Working from home meant I lacked the boundaries between personal and professional, so every moment of the day felt like it needed to be dedicated to working. Eventually, my seeming inability to enjoy reading began to weigh on me in ways that proved perplexing.

At the beginning of 2019, my anxiety, which I had dealt with pretty well for the past few years, returned with a vengeance and left me in a perpetual state of panic. What started out as relatively easy to manage became smothering beyond belief, to the point where I had to seek help and admit to the people I care about the most that I wasn’t coping. There are many soul-sucking side-effects of anxiety that can make your life near impossible to live, but the one that got to me the most, for some reason, was how it sapped me of the little things in my life. All my crochet projects were left on a pile. My plans to decorate my flat never materialized. The recipes I’d saved up to experiment with in the kitchen were ignored. And, of course, I didn’t want to read. Why waste valuable crying time?

I was told that getting back into reading for pleasure would help. It may not get rid of my anxiety but returning to the basic pleasures of one’s life and establishing a sort of routine around them could be beneficial in the long-term. Of course, that was easier said than done, and none of the plethoras of books I picked up to test out this theory seemed to hold my interest. Romance, my usual go-to comfort genre, wasn’t doing it for me and I had no energy for the doorstoppers of literary emotional anguish I typically relish. I sought comfort but through the lens of something new, not the stuff I’d already read. So I took to Twitter, as I am prone to doing, and asked for some crime recommendations.

As a teenager, I feverishly devoured crime fiction, particularly the John Rebus novels by Ian Rankin (which partly inspired me to study in Edinburgh after high school) and Thomas Harris’s Hannibal Lecter series, an obsession that lingers with me to this day. Crime is hardly a singular genre, so I still wasn’t sure what kind of book I wanted to read. Did I want hard-bitten noir or violent serial killer studies or the cozy mysteries of small-towns where murder seemed as adorable as a basket of kittens? Twitter made plenty of recommendations and I ultimately made the pragmatic choice of choosing whatever book had the best Kindle deal at the time.

Penny is the Canadian author of the Inspector Armand Gamache series, an ongoing narrative centered on the eponymous homicide detective of the Sûreté du Québec. The lion’s share of novels takes place in Three Pines, a village in the Eastern Townships of Quebec that embodies the small-town wonder of many a cozy mystery. It’s small, picturesque, everybody knows everyone, the local bistro serves endlessly sumptuous food, and the surly local poet has a pet duck. It would be the perfect place to live if it didn’t seem to have the highest murder rate in Canada. This isn’t the sort of crimes series I’d ever indulged in as a teen, but I picked up the first book, Still Live, and thought ‘Why not?’ I read it quickly and enjoyed it well enough and thought I may as well try out the second one. And then I just kept going. Funnily enough, this series proved exceptionally more-ish in the exact way I needed. I’m currently on the tenth book out of 15.

More importantly, the books seemed to provide a mental balm. Reading them allowed me to focus on a singular narrative, something separate from my own exhausting troubles. I found immense satisfaction immersing myself in the world of Three Pines and its inimitable warmth.

It would be inaccurate to call Penny’s books cozy crime fiction. It’s true that they are full of the expected markers of the genre — quirky characters, small-town delights, endless descriptions of food — but the real genius of the series lies in its darker depths. This may be the perfect little town to reside in, even with all the casual murder, but Inspector Gamache works within a much messier ecosystem. He constantly seeks light amid the bleakness, and it is his seemingly impervious optimism about humanity that makes him so appealing, but he’s undeniably impacted by the flipside of this world. Penny savvily finds a way to balance two seemingly oppositional visions: The picture-perfect Canada of tourism ads versus the darker truths under the surface, from police corruption to the abuse of the indigenous population to the historical tensions between Anglophones and Francophones. The warmth of her world and its characters is never dissipated through this, which may be the reason I kept coming back, but I appreciated her unwillingness to life about reality.

What reading Penny’s books gave me was the freedom to turn off everything else in my life, if only for an hour at a time. I didn’t feel guilty for spending my time reading instead of ‘being more productive’ and I would finish each book with an enormous sense of satisfaction. This wasn’t time wasted, especially since it proved to be a positive mental force in my life. As I dug deeper into the series and became more familiar with its characters, picking up a new Penny book felt like returning home, a much-earned break from the rest of the world after a long, hard day.

My anxiety still isn’t great right now. It’s manageable and certainly better than it was a couple of months ago, but it looms overhead like the shadow of a skyscraper at all times. I have other coping mechanisms on top of regular professional help, which is crucial so that I don’t become wholly reliant on one thing to get me through the madness. I would hate for these books that I’ve come to love so much to become a weight around my neck in that way. For now, Louise Penny and Three Pines have given me a light for those darker moments, and sometimes that’s exactly what you need.