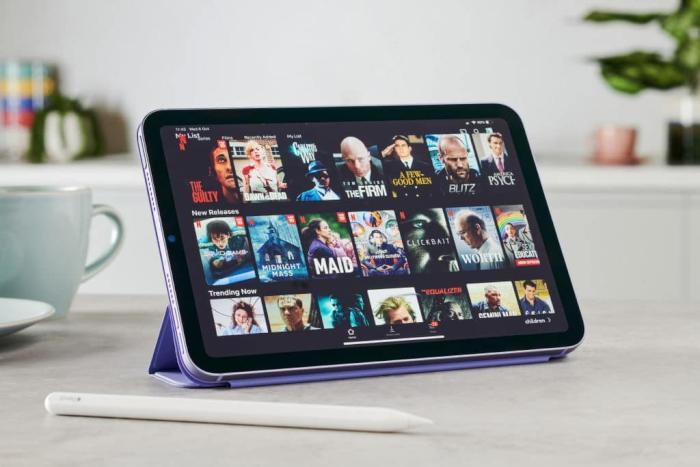 In the space of one month, two brand-new platforms launched amid a flurry of hype came to a speedy and undignified end. Tudum, the Netflix site dedicated to offering editorial content on its vast library of viewing material, shuttered five months after its launch. CNN+, a streaming service offshoot of the news network, closed after less than five weeks. Even by the standards of our industry, one where layoffs, acquisitions, and exploitative bullsh*t is depressingly commonplace, this was dark stuff.

It was reported that CNN had spent over $300 million in development costs and about 500 employees had been assigned to the CNN+ building. They’d recruited stars such as chef Alison Roman and former Fox anchor Chris Wallace to headline its programming, all of which was intended to appeal to a younger audience than the typical cable news watching demographic. Clearly, it didn’t work. In the era of streaming service overload, one where even the undisputed giants like Netflix are showing signs of struggle, CNN+ couldn’t convince enough people to pay a monthly fee for a news-only platform, especially when their options for free equivalent content were so plentiful. As a result, dozens of new staffers and talent lured over by the promise of creative freedom and big bucks will soon be out of a job.

Tudum’s brief arc feels similarly strained. Netflix announced the arrival of Tudum, an official companion website, in December 2021. They promised news, exclusive interviews, behind-the-scenes tidbits, and editorials from some of the best writers in the field. Tudum promised strong financial benefits, which are as rare as white rhinos in our industry, so nobody could blame these staffers for jumping at the opportunity to have a secure income. According to Deadline, 25 positions at Tudum were just eliminated, which makes up the bulk of the site’s staff. A Netflix spokesperson told Deadline that ‘Tudum is an important priority for the company’ but it’s hard to believe that when its writers are now on social media revealing how quickly they were dumped by their employers.

Neither of these platforms seemed to have been built on solid foundations. Nobody seemed to be calling out for a paid subscription service for CNN programming and Netflix having an in-house promotional service, while a reasonable simple concept, never seemed to take off. The latter seemed to be curiously absent from the internet. I work in this field and I seldom saw posts from Tudum shared online. They lacked a social media presence and it didn’t seem as though even their main account, which has 17.7 million followers, let their audience know about it. Questions certainly arose over the journalistic merit of writing glowing articles for a corporation’s own content but the notion of a tech company doing so isn’t all that unusual. The scale of Netflix’s operation, however, was. They threw a massive amount of money at Tudum and actively recruited well-known writers for the prospect, most of whom were women of color.

Meanwhile, CNN+ also went overboard in the spending department, eager to follow in the footsteps of everyone else in the streaming world. A report from The New York Times alleges that fewer than 10,000 viewers were watching CNN+ at any given time in its month of life. The programming didn’t seem major enough to warrant paying extra for it and other news channels and networks put their content on free apps and platforms. CNN President Jeff Zucker — also known as the guy who screwed over Conan O’Brien and signed Donald Trump for The Apprentice — was the biggest evangelist for a streaming platform. It was his last folly of failing upwards until he resigned from CNN after failing to disclose a relationship he had with a colleague during the Chris Cuomo inquiry. He was also accused of violating the network’s news standards, which he denies.

If I wrote a piece every time a website or publication screwed over its employees, I wouldn’t have time to cover anything else. It feels as though we could set our watches to this predictable trend. Still, to see it happen so quickly, in a way that makes Quibi seem like a decades-long institution, is tough to stomach. We’re used to the excruciatingly drawn-out dismantling of beloved platforms, where death by a thousand cuts leads to a pained yet predictable climax. The AV Club was slowly picked apart by its Silicon Valley owners until its unionized staff were all but forced out in favor of cheaper clickbait hires. Bitch just announced its closure. Then there’s The Outline, Deadspin, The Hairpin, Grantland, The Dissolve, and too many others to name.

What CNN+ and Tudum have in common is the hubris that only comes from big money and yes men, coupled with the well-practiced habit of ignoring workers’ rights. The former was a failure waiting to happen, an unwanted addition to an oversaturated market that’s already on the precipice. The latter seemed barely visible to even die-hard fans of the company and ignored their staff’s questions over strategy and identity. Former employees told The Daily Beast that they were promised ‘dream working conditions like astronomical pay and no story or traffic quotas’, only to undermine the contractors and their manager. Writers were discouraged from critical pitches and told to avoid topics like one of the stars of Cheer faced child pornography charges. Whenever the team at Tudum asked about inconsistencies in their objectives, they say that they were told everything was totally fine, a response many compared to the non-Netflix drama Severance.

CNN and Netflix both have obscene amounts of money at their disposal, or at least they have spent a very long time creating the illusion for the public that their purses are bottomless. The people who suffer the most when these haphazard experiments fail aren’t the ones above the line. It’s always the workers, and it feels particularly raw that so many writers are yet again suffering after being promised so much from two mega-corporations. Writers are usually the first ones pushed onto the chopping block when things go awry. Netflix wanted the glow that came with being seen to support bright and under-represented writers of color, only to drop them like a hot potato after FOUR MONTHS.

So many writers are put through the wringer in the process of possibly earning enough to pay the bills. They relocate to new cities, they work overtime to meet ridiculously inflated content quotas, and they adhere to nonsensical style guides that position SEO clout over basic grammar and punctuation. They watch as their colleagues are laid off one by one and the assignments begin to dry up. New bosses come and go. Sites are acquired by tech goons with no understanding of how the industry works. The very identity that made their publication so beloved is watered down until they’re just another clickbait site, then they have the audacity to wonder why nobody reads them anymore. I don’t know many full-time writers in my world who haven’t experienced this embarrassment at least once. You don’t really get over having to sit silently on a Zoom call with all your friends and colleagues as some manager talks about how you’re being let go effectively immediately, all while you have a half-finished piece waiting in another tab. It makes you very nervous about every other job you put yourself forward for. So, for any platform with all of that cash to take advantage of the professional and financial insecurities of its staff, only to let them go with a mere fortnight’s severance pay? That’s f**king evil.

The cycle, alas, will continue. What we can hope for is that unionizing efforts will succeed and workers of all kinds, not just in the writing world, can be guaranteed a modicum of protection. The swiftness and scale of this recent media disintegration feels unique but it’s all part of the same crumbling ecosystem. We used to joke that the fate of our industry seemed to rest on whether or not publications were bought by a ‘good’ billionaire or a bad one, not that there’s any difference between the two. Yet even the big spenders refuse to pay their writers what they’re worth. Capitalism plays out as designed in that regard. All we can do is keep writing and hope someone finds value in it. And will pay us.


← Amy Is Autumn on 'Outer Range,' Right? | 'The Avengers' 10th Anniversary Of Changing The Way Comic-Book Movies Are Made, For Better And For Worse →