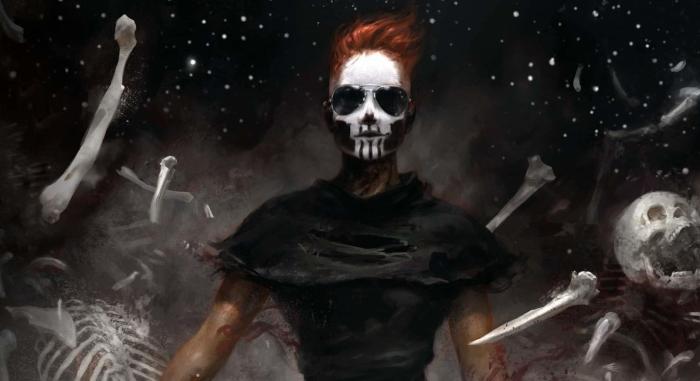 Books! Some Thoughts on Things I’ve Been Reading Lately

Books continue to be one of the few calming constants in my life as the current pandemic goes through its waves of devastation while various world powers have committed to a policy of ‘eh, whatever’ in tackling its continuing horrors. I have admittedly spent WAY too much money over the past few months on new reads, be they freshly purchased from my now-open local bookshop, limitless Kindle deals I’ve become an expert in hunting down, or late-night eBay bids that I tend to forget about until the packages pile up on my doorstep. Hey, it’s a preferable addiction to drugs or creepy porcelain dolls, right? Regardless, as I zoom towards my 100th book of 2020 so far, I like to take regular intervals to dig deep into some of the most notable reads of my lockdown experiences. Most of my choices have been solid to great, but there’s one turkey I just have to let you all know about. Enjoy, and make sure you share your own recommendations in the comments.

Gideon the Ninth by Tamsyn Muir

It felt like everyone I knew was suddenly rabidly obsessed with Gideon the Ninth this year. Tamsyn Muir’s novel-length debut landed a heap of award nominations including one for Best Novel at this year’s Hugo Awards (it lost to A Memory Called Empire, one of my top reads of 2020 so far.) It’s not hard to see why it enthralled so many: Lesbian necromancers in haunted mansions in SPACE! What especially fascinated me about this novel is how I couldn’t figure out its influences. The worldbuilding is dense and features shades of everything from Lovecraft to 1970s-era Doctor Who but the magical system of the nine houses is multi-layered in a way that felt startlingly unique. It’s a complexly told tale that features a protagonist who talks like a Valley girl, and it all works! The final 15% or so of Gideon the Ninth had me so gripped and emotionally enthralled that it took a surprising amount of time for me to move on from the novel, which is saying something because I go through books the way other people go through hot dinners. A direct sequel comes out this month and I cannot wait.

The Consequences of Love by Gavanndra Hodge

Ps The Consequences of Love is out of stock on Amazon at the mo but still available at @Waterstones, the Guardian book shop, and all those lovely indie booksellers that are just reopening. Here is a lovely review in @GuardianBooks by @MElizabethLowry https://t.co/atvYFm9SCZ

Looking from the outside, Gavanndra Hodge seems to lead a very privileged life. She’s a privately-educated journalist who used to edit Tatler, the notoriously posh British magazine, and she grew up with bohemian parents who could have been characters in a Nancy Mitford novel. That exterior, however, concealed a tragic childhood defined by death, addiction, gaslighting, and self-destruction. Hodge’s memoir, The Consequences of Love opens with a letter written to her late sister Candy, who died of a rare disease while on a family holiday in Tunisia when she was a child. The letter describes in agonizing detail Hodge’s memory of her sister’s death, something that Hodge comes to realize is the only memory she now possesses of Candy. I tend to avoid ‘grief memoirs’, the sort of non-fiction titles that clog up many a shelf in my local supermarket’s books section, but I was drawn to this one for its portrayal of memory itself. Hodge struggles with her lack of reminiscences on her sister but also with her often rose-tinted view of her father, a former wild-guy celebrity hairdresser who sold cocaine to pay her school fees and seduced her classmates for kicks. The contrast between her journey to reclaim Candy in her mind and the torment of her changing views on her complicated dad is fascinating as well as emotionally tumultuous.

The Upstairs Room by Kate Murray-Browne

Happy paperback publication to the divine Kate Murray-Browne and the maddeningly suspenseful and perfectly poised The Upstairs Room.
~
‘Superbly unsettling … Kate Murray-Browne has stuck her pen directly into the throbbing vein of the modern middle-class nightmare’ The Times pic.twitter.com/e9Wj5Pkbd5

I buy a lot of books that often end up piled up in my room or languishing on my Kindle for years before I get around to reading them. It’s an investment, OK? The Upstairs Room is but one example of my smothering addiction finally paying off, having been a purchase I made close to three years ago. Sold as a millennial ghost story about the housing crisis, the novel is a Susan Hill-esque story of how getting onto the property ladder can be the stuff of nightmares. Like many an upwardly mobile family, Eleanor and Richard are hoping to settle into their dream home in East London. Stretched to the limit by their budget and the major renovations their new house needs, the pair try to make the most of what was admittedly a rushed purchase. To make ends meet, the pair allows a lodger, Zoe, to move into the basement flat. Eleanor, however, cannot escape the unnerving feelings the house elicits from her, including an endless sickness and the increasingly bizarre behavior of her oldest child. The echoes of The Yellow Wallpaper are evident in The Upstairs Room but I was most fascinated by how the author captured the oppressiveness of the archaic and smothering constraints put upon my generation. It’s 2020 but the societal ideal is still to get married, find a solid job, have kids, then buy a house, even though all of these options are increasingly outdated or financially impossible for most of us cash-strapped millennials. The best ghost stories tap into our real-life concerns and I greatly appreciated how well The Upstairs Room pulled that off.

The Raven Tower by Ann Leckie


So much of The Raven Tower feels like a challenge that Ann Leckie set herself: It’s a fantasy riff on Hamlet that involves a complex system of gods, all narrated in second person, including a subplot about the origin and lifespan of one of these gods who also happens to be a rock. Leckie, an author heavily defined by her vast ambition, certainly doesn’t hold your hand with stuff like this. I was particularly fascinated by how The Raven Tower used that second-person narrative to explore the subjectivity of literary point-of-view. Our protagonist Eolo is viewed exclusively through the perspective of our rock-god and so we are strangers to his true motives and interiority. All we know of him, and the only way we can understand his life, is through his actions, and even then, there’s no guarantee that the narrator is being wholly truthful. I will admit that The Raven Tower is not necessarily an easy read — there’s a reason second-person narratives are so rare in fiction — but the payoff was marvelous.

I have been reading- in no particular order- GRINDSHOW (The Selected Writings of William Lindsay Gresham)> as you may or may not know, Gresham wrote NIGHTMARE ALLEY. His output in literature was small- and his life, in many way, full of questions and mysteries.

Alas, we are going to have to wait a while for Guillermo del Toro’s next movie, but that just means you all have time to read the book it’s based on, and I’m sure you’ll all rush out to do so! Nightmare alley was initially published in 1946 but it’s a startlingly modern read in many ways. Stanton Carlisle is a bit-part trickster for a run-down traveling carnival who decides to aim for bigger things by transforming himself into a psychic, then an evangelical spiritualist. It’s been a while since I read a book so steeped in sleaze in the manner of Nightmare Alley. It reminded me of the films of Sam Fuller, especially The Naked Kiss in how it examines the most soul-sucking aspects of human nature. It’s a book that makes you want to take a shower after reading it but in the best possible way. I cannot wait to see how del Toro adapts this.

I'm powering my way through this and hoo boy I do not feel qualified in ANY WAY to talk about it. pic.twitter.com/iFWWCVSU1x

Okay, let’s do this.

I must admit that I was looking forward to Docile when it was first announced. That tagline was undeniably intriguing and I was curious to see if a story like this could be pulled off. It wasn’t. Like, not even close. Docile imagines a world where accumulated family debt has become such a devastating force that individuals can sign up to become indentured servants for decades at a time to pay it off. To ease this transition, the slaves are given a drug that will make them pliant and allow them to mentally check out for the interim period. To ease his family’s debts, Elisha Wilder signs on to become a Docile but refuses to take the drug, which proves tricky when he is purchased by Alexander Bishop III, the man whose family created Dociline.

Docile claims to be a deeply political story about how capitalism inherently strips us all of our consent, but it’s nowhere near savvy enough to pull that off. If you’ve ever read an AU slave-fic in your fandom of choice then you know exactly what to expect from this book. Honestly, if you’d told me that this novel was originally Harry/Draco modern AU slave-fic then I wouldn’t be surprised in the slightest. It has the same beats as fic too, right down to the plot developments that any fanfic reader worth their salt could predict in a heartbeat. Docile shoves in lots of pretty speeches about consent and corruption but it falls seriously flat when the rest of the book just wants to be a sexy D/s tale exploring a rather common kink. We have AO3 for that, and it’s great if that’s your thing. Translating that to a supposedly fleshed-out original concept that is desperate to show off its political clout? Nope. Also, this is a book about literal slavery set in Maryland and it’s agonizingly white. The one Black character is introduced in a manner that made me splutter in fury. Said character’s name is Onyx. Yup.

Skip this book. If you like this kind of thing, go read fanfic instead. At least that has no airs and graces about its true intent.

← Review: 'The Shadow of Violence' Elevates Familiar Themes About Masculinity and Violence | 'Mulan' Headed to Disney+ for $30 →