What is going on with Seth Meyers’ quarantine hair? It looks like, I don’t know, late-in-life Robert Urich, or an uncle professor who wears turtlenecks in July. Reminder: This is what Seth Meyers’ hair normally looks like. 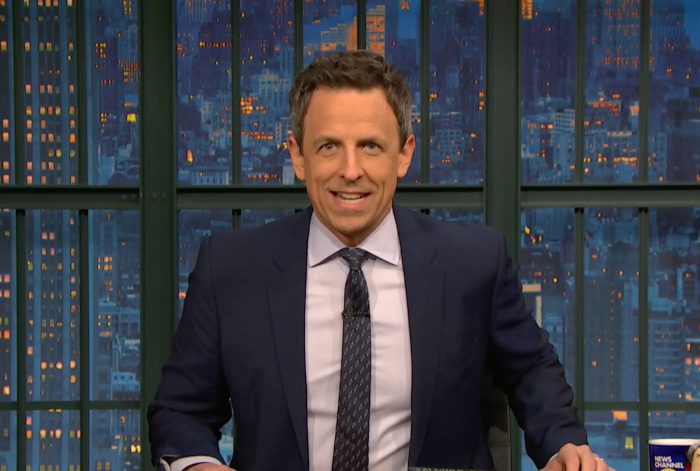 I mention this, not because there’s actually anything wrong with Meyers’ hair, of which I am jealous, but to illustrate how valuable stylists really are. They can make the difference between a Daddy and a Dad.

Anyway, in last night’s “A Closer Look,” Seth Meyers took a look at the struggling Trump campaign, its decision to fire Brad Parscale as its campaign manager, and Trump’s 2020 reelection strategy: Less testing, more racism. There’s also an entire minute montage of Trump talking about the flu pandemic of 1917, even though it was 1918. It’s a small thing, but why doesn’t anyone ever correct him?