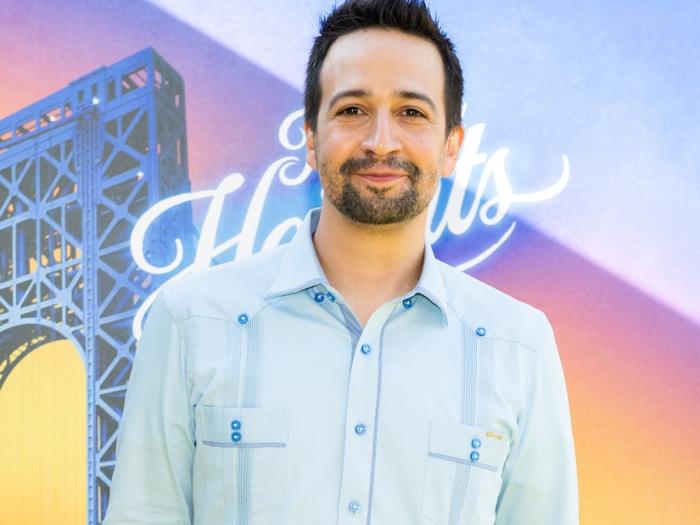 Yesterday, I wrote about the feature-film adaptation of In The Heights that opened in theaters and streamed on HBO Max this past weekend, and how it has been dealing with backlash on social media regarding issues of colorism and Afro-Latinx erasure. These concerns aren’t new, as they’ve apparently been voiced ever since In The Heights was originally performed on stage, but they grew especially loud after a video interview by The Root’s Felice León with the film’s director and several cast members was posted on Twitter. Most people were wondering why In The Heights co-creator Lin-Manuel Miranda wasn’t getting the third degree regarding these issues, and why he wasn’t saying anything at all about it over the weekend. And then on Monday afternoon, Lin-Manuel finally did say something, in the form of an apology that he posted on Twitter.

It wasn’t enough to fully satisfy everyone who was calling him and the film out, but it was still considered a pretty good start. And last night on The Daily Social Distancing Show The Daily Show with Trevor Noah, Lin-Manuel had more to say about the subject, and about how he will work harder to keep anything like this from happening again when casting his future projects.

Both Trevor and Lin-Manuel touched upon some important points. Trevor brought up that he felt somewhat defensive on Lin-Manuel’s behalf, and that with everything that Hamilton was able to accomplish in having a largely non-White cast on stage playing almost every character, Lin-Manuel Miranda is the last person who should be the Internet’s punching bag when it comes to not caring enough or doing enough about representation. (Which is a perspective that a lot of people on the Internet have felt and expressed, some more politely and rationally than others.) Lin-Manuel pointed out that the backlash against him and against In The Heights was specifically because of the lack of dark-skinned Afro-Latinx representation in the film, particularly that of Afro-Latinx in leading roles. This is especially glaring, since the film is set in the Manhattan neighborhood of Washington Heights, and is mostly populated by people who are Black, Dominican, and Afro-Latino (and mostly dark-skinned).

Like I said in the previous article about this, time will tell as to whether Lin-Manuel Miranda is a man of his word when it comes to making sure that casting decisions for whatever he does next don’t involve any colorism or erasure. Clearly, there is so much more that needs to be said and done about the issues of colorism and erasure in the Afro-Latinx community, and not just when it comes to Lin-Manuel Miranda and In The Heights. But as someone who is not Afro-Latino (and as someone who is fully aware of the colorism and erasure that was and is present when it comes to African-Americans in the entertainment industry), all I can and should do is shut up and listen to what the Afro-Latinx community has to say. And also hope that nothing else is said or done that adds even more gasoline to this particular fire.