Originally, I planned to write a quick post about how wildly and unambiguously racist Trump’s tweets from Sunday about The Squad were (Note: yes, differentiating which racist tweets from the President is a thing we have to do now), but then Dustin covered that. And then I thought maybe I’d work this video into the Twitter activity from the past forty-eight hours comparing our current terrible president to our previous, not-perfect-but-wholly-good-human-being President, but Kayleigh was all over that. So instead, I’m just going to let you watch the video, and then yell into the void after the jump.

So the thing is: CAN WE IMPEACH NOW? NOW CAN WE? NOW IS IT TIME YET? BECAUSE WE’RE LIGHTYEARS PAST THE POINT WHERE TRUMP WAS DOGWHISTLING, AND NOW JUST LIVING IN A PLACE WHERE THE PRESIDENT OF THE COUNTRY IS DIRECTING BLATANTLY RACIST LANGUAGE, LANGUAGE USED AGAINST PEOPLE OF COLOR SINCE THE COUNTRY WAS FOUNDED BASICALLY, AT FOUR CONGRESSIONAL REPRESENTATIVES. IT’S LIKE HE DECIDED TO PUT DOWN THE DOGWHISTLE AND PICK UP THE RACISM TROMBONE, WHICH ACTUALLY JUST SHOUTS THE N-WORD AT YOU.

And I get it. Nancy Pelosi has a plan, and she wants to stick to it. She needs to take cover for Reps from purple districts. She doesn’t want to impeach until the country supports it. She wants to start by investigating and see what comes of it. Except, of course, it’s a terrible, terrible plan. Trump isn’t going to cooperate with any kind of investigation and won’t allow anyone who ever worked for him to cooperate. The investigations not only will but already have stalled. If the plan was to get enough dirt on Trump to force everyone to agree to impeachment, this ain’t it.

We’re also running out of time to impeach. As the focus has moved away from the Mueller report and Barr’s illegal handling of it, we’ve actually lost popular support for impeachment. People are talking less about the specific ways that Trump was committing impeachable offenses from last month, and talking more about the ways in which he’s committing impeachable offenses this month. The problem with that is that the offenses now don’t have the weight or build-up that the Mueller report does. Should Trump be impeached because his immigration policies have created a humanitarian crisis only made significantly worse by his administration’s general apathy and incompetence? Definitely. But no one’s made that case yet. It’s part of Trump’s overall ethos and not a specific statement on crimes he’s verifiably committed.

The political calculus done to determine if we have the approval to impeach yet: Did it take into account the two-thirds of Democrats who do want to impeach? How about the 2018 election was a mandate for Congressional Democrats to hold Trump accountable? Are there any policies that are focused on the Democratic base more than the ever-elusive moderates we seem to be courting? We’ve now got a majority of the base who want impeachment to start and over 80 representatives who are ready to support it. If we’re really waiting for most of the country to agree that what the President has done demands impeachment, I’d like to remind everyone that a majority of the country didn’t believe Nixon should be removed from office until after he resigned. So we might be waiting a bit.

Also, here’s a second thing: SELF-IMPEACHMENT ISN’T ACTUALLY THE SAME AS IMPEACHMENT (yeah, you knew you weren’t getting out of here without some more shouting). EVEN IF WE DO VOTE HIM OUT OF OFFICE, NOT IMPEACHING TRUMP IS MORALLY AND ETHICALLY WRONG BECAUSE HE’S DONE LITERALLY ALL OF THE THINGS TO DESERVE IT. HE BROKE THE LAW, HE’S CURRENTLY BREAKING THE LAW, HIS POLICIES ARE CRUEL AND HARMFUL TO THE POINT OF ACTUAL DEATH, HE’S BEEN ACCUSED OF SEXUAL ASSAULT BY TWENTY-TWO WOMEN, AND HE’S AN UNAPOLOGETIC RACIST. HE WON’T STOP DOING THINGS THAT DESERVE IMPEACHMENT. WE CAN’T WAIT ON TRUMP BECAUSE HE IS NOT WAITING ON US. THE TIME TO IMPEACH IS WHEN HE’S DOING THE LAW-BREAKING, AND HE’S BREAKING THE LAW NOW. ITMFA. 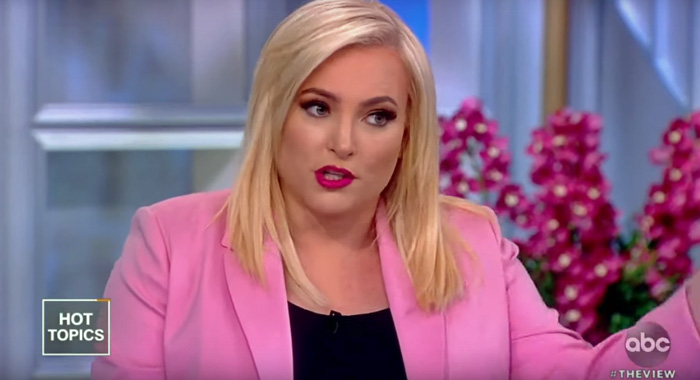 Trailer Round Up: 'The King's Man,' 'Paradise Hills,' 'The Hunt' And More