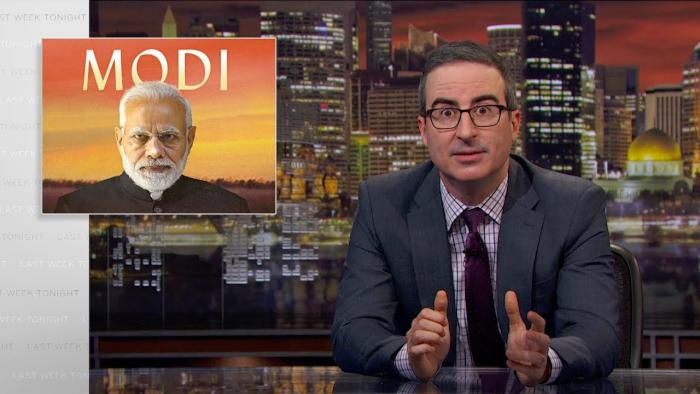 You know how usually my thing is that I get up here, I introduce a clip, and then I talk about it for a bit before ending with a screaming match I’m having with myself because the world is on fire and there is nothing I can do about that except to yell into the void? This week’s rant is going to take a slightly different turn. But just slightly. So first up, here’s the clip.

Pretty good, right? I mean as “good” as a thing can be when we’re talking about political figures in the second-most populous country in the world actively trying to persecute and imprison Muslims to the point that they’re hiring Muslims to build the detention centers that those same Muslims might soon be housed in, and oh god, the crushing.

Again, usually, this is where I’d scream-type things at you because it’s what I do, and you sick perverts like it for some reason. But I don’t have that for you this time. Partly, it’s because it feels pretty weird to be screaming at a country that the U.S. and U.K. have actively oppressed for centuries because I don’t think they’re currently doing a good enough job (although to be very, very clear, they are absolutely not doing a good enough job). Partly it’s because I can’t tell you just to write your Congressmember because our limited ability to influence them is even further diminished because Jan Schakowsky really can’t get sh*t done in a country that we are not. But mostly it’s just that it’s hard and overwhelming and sucky that the seemingly hard and overwhelming and sucky problems that we have here are being had all over the world. You really mean to tell me that the U.S. doesn’t have a monopoly on hating Muslims? Other countries get to do that, too? THIS IS WHY HOBBIES ARE BAD (and that’s the only caps shouting you’ll get from me this column).

Also, if I’m being completely honest, it’s because I didn’t realize India had a substantial Muslim community. This, I shouldn’t have been unaware of. People live in places that aren’t the U.S., and, even more surprising, sometimes they move to other countries that also aren’t the U.S. Despite the fact that I try to be aware of and knowledgeable about other cultures, I’m also a stupid American (yes, only we get to be Americans apparently. Sorry, All of the Other Americas) so I’m still wildly unfamiliar with how sh*t works in places that don’t rhyme with Shmunited Bates. So here’s what I know:

1) The phrase “step on my neck” is dead now. If you insist on using it, it can only be ironically.

2) True crime podcasts are dead now. I’m sorry to break it to you, but John Oliver murdered them along with the aforementioned “step on my neck” phrase and Kohl’s. He was on a real spree last night.

3) Learning more about the rest of the world can only bring our current political situation into perspective. Which I’ll admit, I’ve only been good at trying as of now. I’ve read a million tweets about the Democratic Primaries and how Elizabeth Warren should be the nominee, and I haven’t watched Parasite yet (which I can and I will, but that’s a whole other column). I haven’t read into why there is a large Lebanese community in Colombia even though I keep reminding myself to read up on that. I am actually watching Beforeigners, but I’ll be honest, a lot of that is Alfhildr right now.

And I’m not trying to get all college-sophomore levels of preachy on your asses about how there’s a whole world out there and we need to get more involved in world politics and culture, but seriously, it probably would help to get more into world politics and culture. Because it helps to know that there’s good sh*t out there, and it helps to know we’re not alone in the bad shit. Also, it’s great research if we need to bolt in nine months or so.