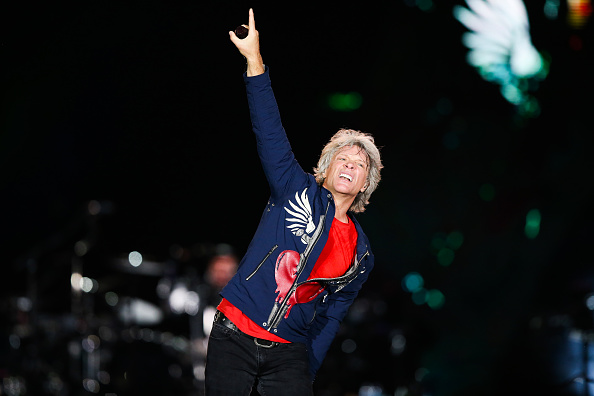 Amid all the impeachment talk, there’s still an inauguration coming up just a week from now (7 more days. 7 more days). The National Guard is bringing now 20,000 troops to the proceeding, not just to protect Joe Biden and Kamala Harris, but to protect national treasures Tom Hanks and Jon Bon Jovi, both of whom will be on hand for the inauguration festivities.

In fact, America’s Dad, Tom Hanks, will be hosting a primetime television special on January 20th, which will air on ABC, CBS, CNN, NBC, and MSNBC (but not Fox News, which wouldn’t want to interrupt Tucker Carlson’s hypocritical moral indignation). Hanks will emcee the event, which will feature musical guests Jon Bon Jovi — who will not have a million faces to rock because of the pandemic — Justin Timberlake, Ant Clemons, and Demi Lovato. Timberlake and Clemons will be performing “Better Days,” which is fine, but sadly lacks electric waviness.

A few months ago @AntClemons and I wrote BETTER DAYS. This song was our way of doing what little we could to encourage everyone to stay hopeful and to keep working towards a better future. I’m honored to announce we’ll be performing it for the Inauguration. pic.twitter.com/aes5gXdEww

The special is called “Celebrating America” and it will run for 90 minutes next Wednesday.