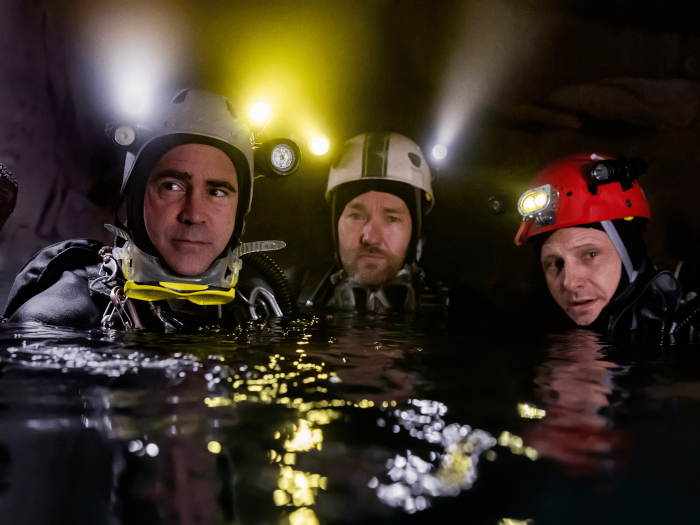 Yes, 'Thirteen Lives' Is Based on a True Story, You Dummy

The biggest trick in search engine optimization, particularly when you don’t expect a lot of organic traffic, is to throw “based on a true story” into the headline. It doesn’t even matter if it actually is based on a true story because there’s always someone who wants to know. To wit: 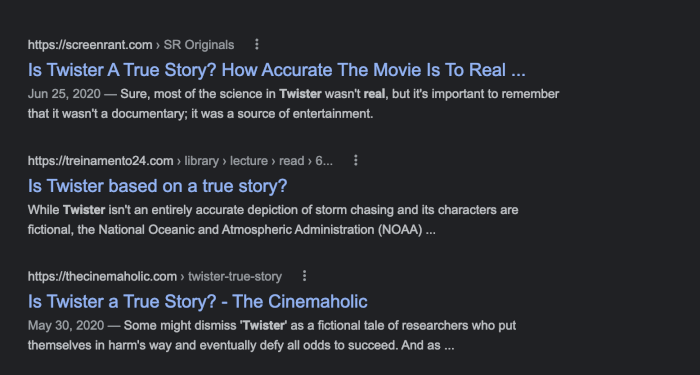 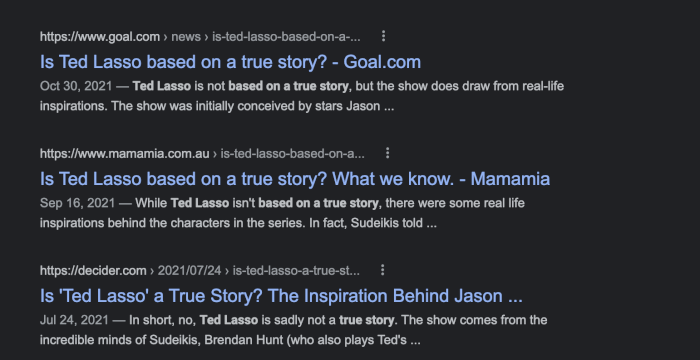 Type in nearly any title and “based on a true story” and you’ll find something. 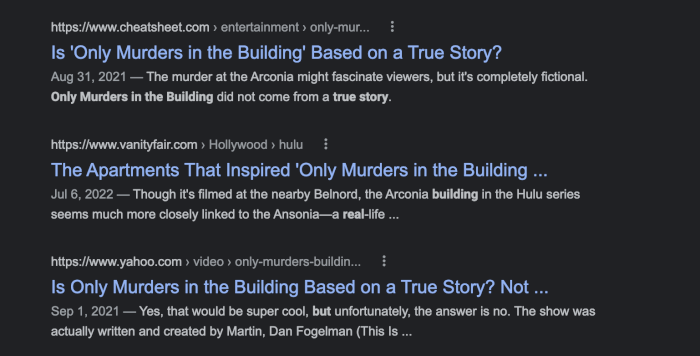 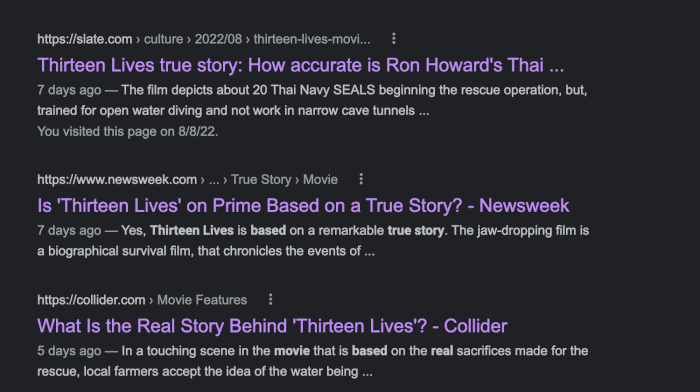 Yes, Thirteen Lives is based on a true story, you dummy. I know it feels like decades, but 2018 was only four years ago. It was in the news every day for two weeks. If you’re asking if Thirteen Lives is accurate to the true story, well, that’s a different question, but the answer is: Yes. Mostly. There were a couple of dramatic liberties taken — the day the diver died was off by a day, for instance, and the father of Joel Edgerton’s character didn’t die immediately after the rescue operation — but it mostly happened the way it is depicted in the film.

Is the film any good? I mean, it’s not not good. This is director Ron Howard’s wheelhouse: Big-budget television movies, like Apollo 13. Howard may not have a signature style, but he is incredibly competent, and competent is all that is asked for in Thirteen Lives. The story is straightforward. All the details exist on Wikipedia. The script, from William Nicholson and Don MacPherson, basically writes itself. It’s something of a plug-and-play situation, where Howard only needed to allow the events themselves to dictate the story.

That’s exactly what he does, and the name actors he cast to play the lead divers — Viggo Mortensen, Colin Farrell, Joel Edgerton, and Tom Bateman — also do what is necessary: They are not showy roles. The actors are quiet and subdued because while they know they are playing the divers who rescued the boys, the real heroes are the kids, the coach, and the 10,000 people who came together to help rescue them. They are cogs — important ones — in the rescue-operation machine, and that is how they are depicted.

If anything, Howard is too restrained: The rescue operation takes up the last hour of the film, but there are no fist-pumping moments of glory set to swelling, crowd-pleasing music. It was a hell of an achievement — to sedate 12 boys and their coach and swim them out the mile-and-a-half, three-hour trek through a narrow underground cave system before monsoon season arrived — but it was met less with cheers and more with relief. That is precisely the story that Ron Howard relays. It is a solid, workmanlike effort about professional divers directed by a professional director.

There are much better movies about fictional events and true stories about which we know little because they didn’t dominate the news headlines for two weeks less than five years ago, but if you’re really invested in reliving the Tham Luang cave rescue, Thirteen Lives dutifully does the trick. I think it will be a better movie 20 years from now when the details of the real events aren’t still fresh, but by God, it gets the job done.

← Could This Finally Solve the Mystery Of Me Not Liking Pearl Jam?! | Remember How Colin Farrell Almost Married Elizabeth Taylor? →