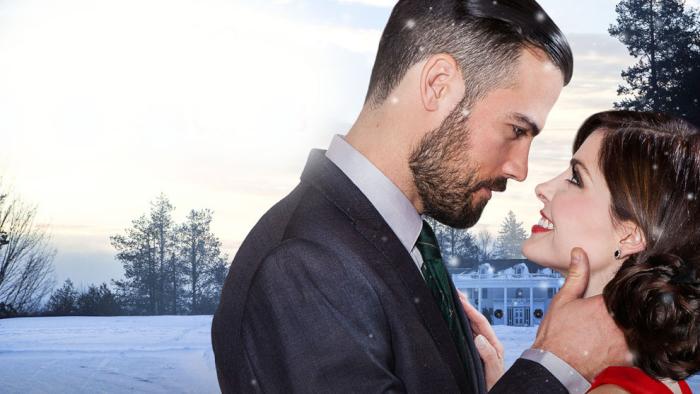 Why 'The Spirit of Christmas' is the Best Romantic Holiday Film

When it comes to romantic Christmas movies, chemistry is key. When a film is weighed down by nonsensical plot shortcuts or bad writing, at least the romance between the leading couple should be believable, right? Admittedly, I only began watching Christmas romance movies hardcore a few years ago. It became an annual tradition, browsing the latest additions of fluffy holiday goodness available on everything from Hallmark to Netflix. Quaint little towns, snow-filled streets, the lights and the magic of Christmas in the air, the cheerful certainty of two people falling in love amid skepticism and heartbreak from past relationships. Most holiday films are… well, they’re not that good, most are even forgettable. Though they’re still enjoyable and feel-good, it’s The Spirit of Christmas that really stands out among the sea of mediocre holiday films.

I have watched this film every year for the past three years and it still holds up. It’s a simple story that involves a ghost (because why not???) and it’s an incredibly small cast, but what really sets The Spirit of Christmas apart is the dazzling and electric chemistry between Jen Lilley and Thomas Beaudoin. It’s not the cute kind of chemistry either, but the deep, oozing sexual tension kind of chemistry. It’s ridiculous how much chemistry they have. Seriously, they’re on fire and the movie isn’t really a romantic comedy, it’s a straight up romance, which is a rarity in the holiday film repertoire.

Like so many Christmas movies you’ve seen, The Spirit of Christmas is set in a small, quiet town, probably in the middle of nowhere. The only thing Kate (Jen Lilley) is committed to is her job as a lawyer. This isn’t to say that she hasn’t tried (and failed) at relationships, she’s just unlucky in love and never really feels a connection to any of the guys she dates. We’ve all been there, right? Knowing that she’s always available for work and is gearing up for a promotion, Kate’s boss tasks her with getting a bed and breakfast inn appraised and sold before Christmas Eve. She LITERALLY has two weeks to do this, which is crazy. The real kicker, of course, is when she finds out that the inn is apparently haunted by the spirit of Daniel (Thomas Beaudoin), who was murdered 95 years prior and hasn’t been able to move on. To add to the complicated mess she finds herself in, Daniel is only around for 12 days, disappearing at midnight on Christmas Eve.

The premise, while obviously fraught with cheesy goodness, actually works for the most part. Since Daniel hails from the era of Prohibition (and yes, he was a bootlegger), The Spirit of Christmas has an old-school vibe going on. Daniel is a stereotypical gentleman, but the film also highlights how stubborn and old-fashioned he can be. He butts heads with Kate a few times because of this, but, while they’re both headstrong and stubborn at times, they’re also thoughtful and caring toward one another. Kate is intent on discovering how he died, while Daniel is adamant they should leave it alone. Once they’re finally on the same page, both of their walls start to come down. THE WALLS! Let me tell you, it’s so nice that both characters are challenged in a romantic movie and that they both get to discuss why it is that they’re so guarded. Believe me, it’s rare.

After they’ve gotten past this hurdle is when the romance really ignites. Now, The Spirit of Christmas is that holiday film where the couple only gets one major kiss near the end (here, they get two), but the film builds up to that SO WELL. There’s the almost kiss while next to the soft glow of the Christmas tree, the longing looks (oh, how many of those there are!), the soulful stares, and, of course, the sexual tension. It also really helps that the leads are extremely attractive people. Not basic attractive either, but hot attractive. How much they’re into each other is clear in literally every scene and it’s quite beautiful to watch.

Now, typically, Christmas movies aren’t exactly full of actors who can act incredibly well, but that’s not the case here. Thomas Beaudoin and Jen Lilley have enough talent to pull off the charm, the breathless romance, the occasionally corny dialogue, all while elevating this random time displaced ghost story. Some of the editing choices aren’t all that great, either, but that can be overlooked because it’s a generally well put together holiday film, ok? Additionally, both of the actors keep their characters grounded, even when the story isn’t. That’s no small feat. And, now that the holiday movie genre is so oversaturated, often with underwhelming choices, The Spirit of Christmas strikes the right balance between romance, mystery, and the magic of the holiday season without ever losing its heart.

← Rian Johnson on Riki Lindhome and 'Knives Out' Cut Scenes | What's Streaming On Netflix in December, Plus Amazon, Hulu, Disney, and Apple →