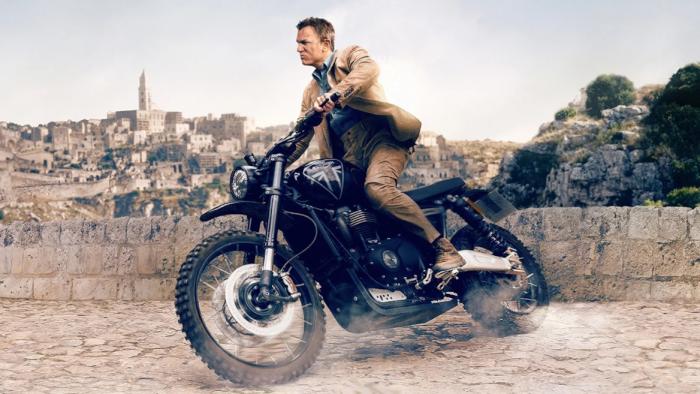 Why Isn’t There an Oscar for Best Stunt Work?

Every year, the Academy tries to think up new ideas to get more people to watch the Oscars, and every year, their ideas get increasingly ludicrous. Whether it’s the introduction of a fan-voted category or the insulting decision to cut various tech awards from the live ceremony, every choice feels as though it was made by people who don’t really like films. With ABC reportedly even threatening to cancel the show should they not adhere to their strange demands, one wonders if the Academy even understands its own purpose. So much of their thought process seems centered on this questionable notion that drawing more attention to blockbusters and superhero films will entice previously uninterested audiences to tune in. whether or not such a theory has any grounding in reality is another matter, but it’s yet another reminder that the Oscars have, for many decades. Continued to ignore one small change that could benefit them in this particular area: The introduction of a category awarding stunt work.

2021 saw a much hungered-for return of the blockbuster as audiences returned to cinemas after over a year of COVID-19-related lockdown. Spider-Man: No Way Home almost instantly became the sixth highest-grossing film ever and was celebrated for its high-concept action set pieces while the newest Bond movie No Time to Die contained some of the franchise’s most daring stunts. The team for the latter received the Screen Actors Guild Award for Best Stunt Ensemble, beating out tough competition from the likes of Dune and The Matrix Resurrections. Yet Oscar recognition remains out of grasp. Some performers have received honorary Oscars, like Canutt and Hal Needham, but it’s not enough.

Jeff Wolfe is the President of the Stuntmen’s Association, an organization first founded in 1961 to allow the stunt community to professionalize a job that was still seen as something of a Wild West operation. When I interviewed him over the phone (thanks, Jeff!) on why the Academy of Motion Picture Arts and Sciences (AMPAS) remains so hesitant to acknowledge stunt work, he noted a generational gap.

“There’s an old guard in Hollywood that views stunt work as something that should be seen and not heard, to keep the magic alive. That’s changing but it’s a slow process.”

Stunt work is as much a part of Hollywood cinema as the cameras and actors. In the early days of the medium, when filmmaking was still viewed as a lawless escapade, actors would perform the most daring of stunts with zero safety nets and a high risk of major injury. Buster Keaton ran on top of moving trains and let a house fall on top of him while Harold Lloyd scaled multi-story buildings. Early Westerns hired rodeo riders like Yakima Canutt, who doubled for and provided inspiration to John Wayne, to slide under racing carriages and fall from horses. Women were also front and center in early stunt work. Actors like Pearl White and Helen Holmes headlined popular serials in the 1910s and ’20s centered on daring stunts like swimming across river rapids, leaping into moving cars, and flying planes. As the decades passed and audiences’ hunger for greater spectacle grew, so did the demand for more daring and complicated stunts. Soon, a whole new industry of stunt coordination and performance grew from this. This led to stunt performers becoming ever more prominent, like Vic Armstrong, who is credited by the Guinness Book of Records as the world’s most prolific stunt double. Then there are actors like Jackie Chan, who revolutionized stunt performance as a leading man in his Chinese film, setting a new standard for the action heroes of the ’80s.

Nowadays, stunt work has never been more in demand, as Wolfe noted. “The rise of blockbusters has certainly led to an increase in our work. The stunts themselves are also bigger. We’re pushing the technical envelope as audiences expect more from movies. It used to be enough to punch through one wall; now, you gotta punch through several walls.” Wolfe also notes that the evolution of CGI to photo-realistic levels, while criticized by some as negating the need for practical stunts, has been a “good addition” to the field. “That human element matters in film. Audiences know when they see a real person. Blending stunts with CGI can lead to far greater set pieces, and far safer ones too.”

With ABC and the Academy determined to streamline the ceremony as much as possible, it seems less likely that stunt work, among other much-sought-after new categories, will get their moment in front of an audience. Yet, as Wolfe said, it’s the recognition from the industry that matters more than the glowing TV moment. “Honestly, we wouldn’t even care if the award wasn’t given out during the ceremony,” he noted. “It’s the principle that matters.”

There have been campaigns for a Best Stunt Work Oscar for decades now. Jack Gill, a stunt performer who got his start working in the 1970s, has spent over 30 years trying to convince the Academy to welcome stuntwork into its fold. Every year since 1991, he has petitioned the Board of Governors of the Academy to include a new category for Stunt Coordinator, and he even rallied major names like Steven Spielberg and James Cameron to support him. Yet the board members continue to vote down the prospect. So, why the hesitation?

There are several theories as to why this might be the case. It was thought that there was some concern among other below-the-line branches of the Academy, like costuming and editing, that including stunts on the slate would lead to their own category being dropped from the live ceremony. That’s proven to be false given that the Academy just forced several tech awards out of the live show in the name of making the broadcast more entertaining.

Another theory is that there has been quiet pushback from major stars who don’t want to acknowledge their own use of stunt doubles. When Natalie Portman won her Best Actress Oscar for playing a ballerina in Black Swan, there was some controversy over how much of her own dancing she did after her dance double stepped forward to refute claims that Portman did most of it herself. If an actor is claiming that they’re the one doing all of the fighting and the Oscars say differently, there could be some awkwardness. Yet this upholding of the fantasy of the movie star is outdated in the social media age, and plenty of actors have proudly celebrated and named their stunt doubles. Tom Holland, after the release of Spider-Man: No Way Home, thanked Luke Scott and Greg Townley for their work, something that would have been unthinkable a few decades prior.

Like casting and choreography, two major areas of film that also don’t get Oscars recognition, the actual labor of stunt performance is oft-misunderstood and maligned. Wolfe notes that stunt coordination often starts “at the very beginning of production” with “three to four months” of planning, preparation, rehearsals, and collaboration with the crew. It’s still an immensely dangerous job, and while it’s flashy in its final form, the real work is invisible. Because of that, it can be all too easy for audiences and the industry alike to overlook such contributions to the project. It’s a cruel bind that continues to leave stunt work on the margins of Hollywood, despite its increasing popularity in the most-watched films in history.

So much is being asked of stunt workers in the 21st century. A lot of the image of modern blockbusters rests on their unacknowledged shoulders. It seems outright ludicrous to demand that the stunt industry do all of this work and risk their own lives in the process, only for the most prestigious honor in the business to continue ignoring their existence. The excuses of old have no place in 2022. Audiences want to see stunt performers celebrated and so do some of the biggest names in film. The Screen Actors Guild created an honor for them so why won’t the Oscars follow suit? “I think we deserve it,” Wolfe said rather modestly, and it’s tough to disagree.


← 'Windfall' Review: All the Ingredients Of a Good Time, Largely Squandered | 'Bad Vegan,' 'The Tinder Swindler,' and Making a Spectacle of Gaslit Women to Denounce Men →