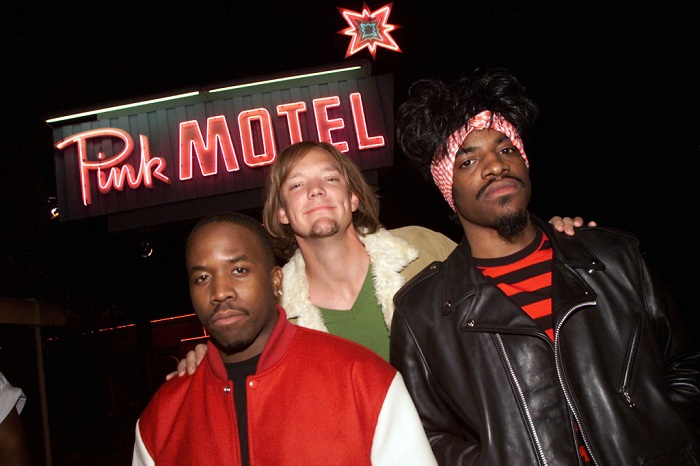 Any creation can take on a life of its own once it’s out there in the world, and we see this a lot of the time with music. How often do people mistake Bruce Springsteen’s “Born in the USA” as a patriotic song instead of a scathing one? And the same goes for Outkast’s “B.O.B.,” or “Bombs Over Baghdad,” a song written by a rap duo outwardly critical of the U.S. invasions of Afghanistan and Iraq.

When the song received increased attention in the early 2000s, Robert Hilburn at the Los Angeles Times reached out to Big Boi for his thoughts, and while Big Boi acknowledged that he still disagreed with the wars, he didn’t want to necessarily criticize the troops listening to “Bombs Over Baghdad.”

“We make a record and then it is up to people to take what they want from it,” he said by phone this week from his home base in Atlanta. “We explain a song when people ask, but we can’t control how they feel about it.

“In our case, fans know where we stand pretty much. I talk to them in the street all the time. I really think Bush should have gone through the United Nations before going over there. But once the fighting starts, everything changes.

“You have guys over there with families here, and you have to support the troops and pray for them. So, if the song helps them keep their spirits up, I don’t have a problem with that.”

OK! That’s all well and good and a common sentiment in the U.S., that you support the troops, not the war. I’ve accepted that my favorite Outkast song was being used in this way. But MUST I ALSO ACCEPT that “Bombs Over Baghdad” is being used as a background track in a children’s movie? HOW MANY INDIGNITIES MUST I SUFFER?

This all started with Scoob!, which is a sentence that no one has ever written before and may never write again. The direct-to-VOD reboot of the Scooby-Doo franchise is a curious thing, with a backstory that makes Shaggy a lonely kid prone to eating unexpected foods—liverwurst and gummy worms sandwiches; ice cream with jalapeno on top—and Scooby the street puppy he finds on the Venice Beach boardwalk. Once Shaggy names Scooby after a box of Scooby Snacks, the two are inseparable, later making friends with Fred, Velma, and Daphne, and solving mysteries together.

I will skip a lot of really random plot development for you to say that Simon Cowell pops up for some reason as an investor for Mystery, Inc., and a potential bad guy (I DON’T KNOW WHAT IS HAPPENING), and Scooby and Shaggy eventually join forces with a superhero team, in which the Blue Falcon hero voiced by Mark Wahlberg is wearing a suit pretty clearly ripped off from Birdman, and while they are in their gigantic falcon spaceship, preparing to face off against some enemies, I heard it. That utterly distinct, nearly otherworldly “B.O.B.” beat. “Oh noooooooo,” I whispered to myself, afraid of what was about to happen. “WHY?! WHYYYYYYYYYYYYYYYYYYYYYY?”

Yes, “Bombs Over Baghdad” has been used in other media before: an episode of Elizabeth Warren’s favorite TV show Ballers, the Amy Schumer movie Trainwreck, an episode of Entourage (of course). But why Scoob!, I wondered, convinced there was an Under the Silver Lake-level conspiracy at play here. What sort of corporate synergy insanity would allow for the use of one of the best rap songs of the 2000s—a song created by artists with anti-war sentiments—in a kid’s movie that relies on a very un-Scooby-Doo like onslaught of violence to move its plot along? Who was to blame for this?!

Uh, but here’s the thing: I think Outkast just … like Scooby-Doo? Because what I didn’t remember is that Outkast contributed an original song, “Land of a Million Drums,” for the live-action Scooby-Doo. Released in 2002, the movie is such a snapshot of its time, with its cast led by Freddie Prinze Jr., Sarah Michelle Gellar, Linda Cardellini, and Matthew Lillard as Fred, Daphne, Velma, and Shaggy, respectively. And “Land of a Million Drums” was actually pretty OK! This is not Outkast going HAM, as with “Bombs Over Baghdad,” but you can very much see now how this bounciness would eventually translate into André 3000’s solo work, in particular with “Hey Ya!” You can watch the Thriller-influenced music video below.

And yes, the rest of the soundtrack wasn’t bad, either, with songs from Shaggy, Baha Men, Kylie Minogue, Simple Plan, MxPx, and even Solange. EVEN SOLANGE!

So, maybe this wasn’t a conspiracy at all! Maybe Outkast legitimately enjoy the antics of those mystery-solving kids! Maybe my cynicism was misplaced! Or maybe they had some kind of contractual obligation and had to contribute a song to a new Scooby-Doo property and wanted to remind us how perfect “Bombs Over Baghdad” is! I don’t know, you guys. I’ll be puzzling over this one for a while. Scoob! might have broken my brain.

← Review: Hulu's 'The Great' Offers A Binge-able And Biting Historical Comedy You Won't Want To Miss | Fred Willard Has Died at the Age of 86 →