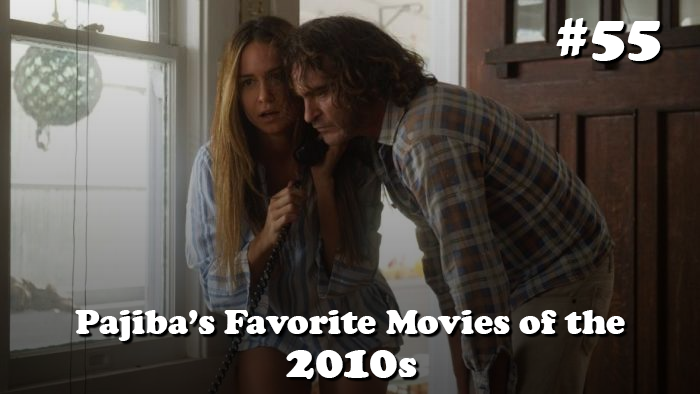 As websites and pop culture publications put together their achingly detailed Best Of lists for the past decade, it’s safe to say that we can expect to see the work of Paul Thomas Anderson pop up with understandable frequency. He’s made three films over the last ten years and all of them were critically acclaimed, if not necessarily commercial smashes. The Master saw PTA push into ever-more abrasive territory, tossing aside any vague notions of commercial appeal he may have once coveted in favor of a twisted and bleakly comedic character study centered on three deeply messed up people in a cycle of manipulation and self-delusion. Anderson landed his second Oscar nomination for Best Director with Phantom Thread, Daniel Day-Lewis’s acting swansong that blended delicate period drama sensibilities with delightfully twisted subversions of gender roles and one of 21st-century American cinema’s best dissection of the toxic ‘male genius’ trope. However, in-between these two titles was Anderson’s best film, the one that seemed to slide away from public consciousness all too quickly. This was the Anderson film that was supposedly a minor addition to his filmography, a brief slip-up by some standards and a self-indulgent rambling mess according to some less forgiving critics. Close to five years following its release, Inherent Vice is finally getting the respect it deserves and, yes, it remains the real masterpiece of Paul Thomas Anderson.

From the get-go, Inherent Vice was a project of immense ambition. The source material came courtesy of a novel by Thomas Pynchon, one of the great postmodernist American writers and arguably one of the most famous literary recluses of all time. By his own standards, Inherent Vice is reasonably accessible for a Pynchon work and his novels have time and time again been declared impossible to adapt. Taking the basic structure of the noir genre, Pynchon weaves a labyrinthine plot of missing persons, government infiltration, conspiratorial glee, and good old-fashioned stoner logic. Imagine if Raymond Chandler was off his tits on pot and you’re halfway there. It’s a story where, while you read it, you’re utterly convinced you know exactly what’s going on and are able to keep up with each new twist, but the moment you stop to think about it and recount what’s happened, you’re completely unable to do so. I’ve never done drugs but I imagine the novel is pretty successful in capturing that giddy delirium and confusion.

Anderson decided to adapt this by basically sticking faithfully to the book, no-frills or major shifts needed. The only massive change came with the decision to take this third-person narration and turn it into first person, slicing up those long word salad paragraphs and putting them in the mouth of Joanna Newsom. A writer like Pynchon is one whose work could easily be seen as an opportunity for an adapter to take a looser approach to the material. It may be necessary for something like Gravity’s Rainbow but, here, Anderson doesn’t mess around with what is already a pretty cinematic structure: The mysterious dame re-enters the life of a detective she once knew intimately and asks for his help; he goes to his local contact for more information; he encounters myriad weird and suspicious characters who reveal a whole new conspiracy lingering under the skin of the original case.

The initial trailer for Inherent Vice was crucially not edited by Anderson himself, which may explain its more madcap joke-focused approach. Granted, it’s a damn good trailer, but this strategy was also the last way the film should have been advertised. It overlooks the true comedy of the film — which is languid, goofy, often surreal — and ignores how deeply sad and moody the film itself is. Sure, it was probably easier to package it as a stoner comedy with auteur cred but its real emotional and thematic force lies in how it depicts the end of an era, albeit one that maybe never truly existed for most people.

Joan Didion famously said that the death of the 1960s came when the Manson family went on their murder spree in the Hollywood hills, killing, among others, the pregnant actress Sharon Tate. She also said that she dishearteningly remembered how nobody was surprised. Quentin Tarantino’s Once Upon a Time in Hollywood may be the Manson film that soaked up all the attention but it was Anderson who more keenly realized what that tragedy meant to California and America at large. Distrust of hippies runs deep throughout Inherent Vice and the reasons are clear, even if Manson’s name is only mentioned once or twice. Hippies have long stopped being cool and are now the default face of terror for the ‘normal’ folks (along with basically any individual of color). They were probably always fighting a losing nettle, as the film shows. The movement was easily infiltrated by undercover police and snitches, and literal Nazis with swastikas tattooed on their foreheads happily roam through hip happenings without anyone batting an eyelid. Anderson gets the utopian ideal of this time but he doesn’t let history off that easy, even if he clearly likes hippies a whole lot more than Tarantino does.

Joaquin Phoenix was very busy in the 2010s, mostly working to destroy his own reputation then rebuild it in a way that made him more critically adored than ever. He’s ending the decade as the current Oscar front-runner with the biggest film of his career in a performance some are celebrating as his greatest achievement. We know he can do big and traumatic but it’s in the swaying subtleties of his work in Inherent Vice where his real talent lies. As with all great Phoenix performances, the devil is in the details, especially with the way he uses his body. There are few actors working today who use their posture as effectively as Phoenix, be it the pretzel-esque contortions of trauma in The Master or the slouch of casual melancholy in Her. With Inherent Vice, he walks like a man desperately trying to prove to any passing authority figures that he’s definitely not high, no siree. He widens his eyes as if to remind himself he’s still awake, pratfalls like a Looney Tune, then begins every conversation with the tone of ‘What seems to be the problem, officer?’ Doc is probably one of his more ‘normal’ characters in recent years, especially compared to the cavalcade of weirdos he’s committed to this decade, but he’s no less sad or lost than Theodore in Her. He’s quickly becoming a relic of a bygone era, one that had good intentions but quickly fell apart in a puff of smoke. Even Doc’s dark side is inherently connected to this, as seen in the moment where Shasta Fay asks if he wants to do Manson girl sex play and he doesn’t say no.

It’s not just the Joaquin Phoenix show either. The entire ensemble is sublimely well-cast, from Josh Brolin’s square-jawed police officer and wannabe actor Bigfoot Bjornson to Reese Witherspoon as the buttoned-up DA with a love for dirty hippie sex. Most roles are merely glorified cameos but ones so richly drawn and performed that you understand everything about them from their all-too-short appearances, like Martin Short’s cocaine-addled dentist who dresses like Austin Powers and declares it’s not groovy to be insane. Anderson casting his real-life partner Maya Rudolph in a tiny role as a character described as the most beautiful woman in the world in Pynchon’s book is an especially sweet touch.

The deceptively light touch of Anderson’s direction is what makes Inherent Vice such a joy to watch and rewatch. It would have been so easy to layer on trippy effects to convey how unreliable Doc’s point-of-view is but PTA trusts his audience enough to get that without gimmicks. The Los Angeles of 1970 is devoid of the obvious period beats and feels wholly lived in beyond the limits of the film. Even the music — with a score composed by Jonny Greenwood of Radiohead and tracks by Neil Young and Can — feels more organic than the mix-track best hits of the year soundtrack the studio would probably demand. Perhaps that’s why some critics found it half-baked: Anderson’s skill is so strong that he makes it look easy to the point where you wonder if he’s doing anything at all.

Inherent Vice is finally getting its cultural dues. The wonderful podcast Increment Vice offers a scene-by-scene breakdown of the movie that reveals its seemingly limitless layers and influences (disclaimer: I was a guest on episode three) and RogerEbert.com placed it in their top twenty movies of the decade. A 2016 poll by the BBC of the 100 best films of the 21st century so far ranked it at number 75. It was my number one for a reason. If the film passed you by or didn’t work for you the first time around, give it another go. Just lie back and let it wash over you. 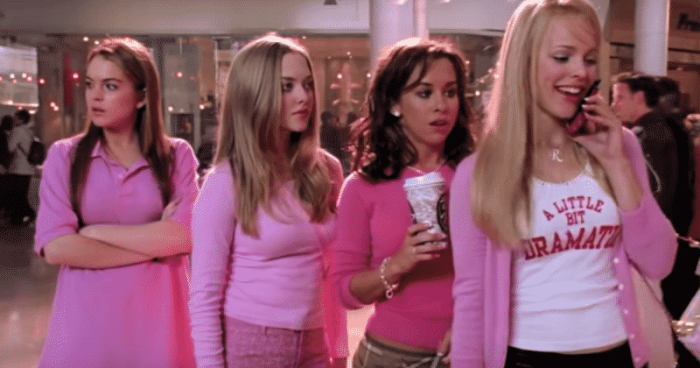