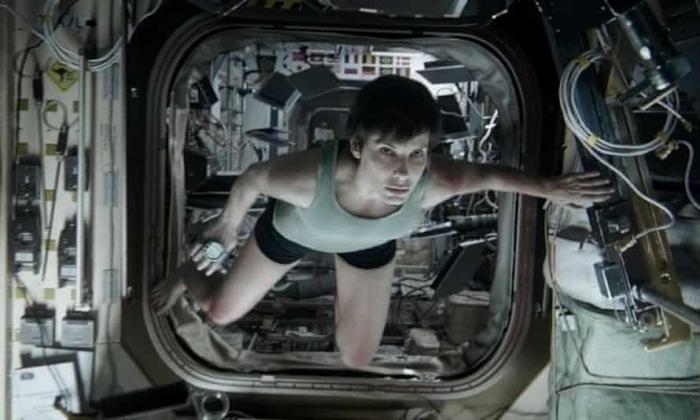 What You Actually Need for the Perfect Movie Experience

Anecdotal Case Study 1: I saw Gravity in a 4DX theatre, which I’m not sure will continue to be a thing post-pandemic. Back in 2013, cinema chains jumped on that bandwagon with all the anxiety of a crappy boyfriend trying to trick his girlfriend into staying with him: the “ultimate cinema experience,” because if this Netflix thing is growing as quickly as it seems, then we might as well turn cinemas into amusement parks. It did seem perfectly suited for a movie like Gravity, but to be honest, I only went into the 4DX because I had a promo discount and there weren’t any other 3D showings that day.

It was … SIGH. I mean, I actually liked the motion seats, but as for everything else, I’m surprised I enjoyed the movie as much as I did, what with being jizzed on the face with those water sprays and acrid-sweet scents that made me long for tear gas. Still, Cuarón had managed to make a movie that was so much more than a format that was too much. Still, I had to ask, could Gravity survive the transition to home video?

A few years later, a friend was telling me about how much he had loved Gravity and all its subtext, and I had to stop him to ask how he had seen it. In his laptop, turns out. Not a fancy Mac Retina, just your standard 13 incher PC. I was pleasantly surprised, as if I had a stake in the whole thing.

Anecdotal Case Study 2: I’m taking my first course on Film Aesthetics, and for the final essay, the teacher had to assign a movie you couldn’t find anywhere, including the Uni’s libraries: Ulysses’ Gaze (1995), by Theo Angelopoulos. Once I finally manage to get my hands on a copy, it turns out it’s Region 2/PAL, so now I am once again frantically searching for a universal reader, as the ones I have are coded for Latin America, and I’m wary of using Torrent since the laptop is shared. Luckily, I borrow a portable DVD player from a friend, a sturdy little uggo, manufactured by one of those third-tier electronics companies, the screen is only 11.5 inches and has a single speaker.

I would spend the next three hours (because that’s the median runtime for an Angelopopulos movie) absorbed in a work that freaking broke me in the best way! The way the director managed to weave memory and history, with a technique as constraining as the long take, it showed us how to tell a visual story that still manages to convey the complex tangle of ideas he’s navigating. It’s spectacular and epic in its nuance and poetry. It immerses you into that mind matrix of intersecting personal and collective memories in a such a way that it makes you feel as if they were also part of your heritage. Because then you remember watching the Balkan wars at age 5, on a black and white National-Panasonic TV from the 80s, the first war you remember, and you draw from that a connection to your country’s trauma.

All of that in a grey piece of cheap plastic, whose lid, if I recall correctly, would pop up out of a sudden.

Anecdotal Case Study 3: It’s either Christmas Eve or the 23rd, 2004, in the afternoon. I am a little bit annoyed that we won’t spend Christmas where we usually do, in the country, with one of my mom’s best friends and her family (they are also distant cousins). Instead, we will be spending it with our direct family, as grandma flew in from Argentina. That day, a cousin is staying with us and then we will go to diner, or something like that. To kill time, we went to a Blockbuster and rented Collateral, of which I had heard great things. Our TV back then was a Sony Trinitron bought in 1995, and with it, color TV (and cable soon after). It was 14 inches, black, with that slight screen curvature, a remote that actually worked wherever you pointed it, and a single speaker on the right side. The DVD player had been a birthday gift that year, our household entering the era of home entertainment. We never had a VCR, I guess because they were too expensive back in the 90s, but by the early 00s, the family income had matched the DVD player’s market expansion.

Kids this day don’t know what a sea change DVDs were, in all their 480p glory. It was kind of like the 4K of the day, regardless of the features of your TV set.

We saw the movie in one of those moments that are primed for a good memory: Summer afternoon (check); a week into the holidays, so you are still savoring freedom (check); Christmas around the corner (check). But it was the movie that made the day. It’s no wonder a 15-year-old kid, who is into movies but very much a noob, would have his mind blown by peak Michael Mann. But it was more than just the story, the performances and the soundtrack (oh what a soundtrack). It was discovering that you could inject heart and brains into what ostensibly is also an action movie. It was also discovering how a great filmmaker can turn a setting as visually incoherent and aggressive as Los Angeles into a place you want to be in, a place you wanted to soak in. A place that happens to be nearly identical in geography, climate, and architectural chaos as my city, Santiago. A city that happened to be turning more and more into L.A. back then, as urban highways begun appearing everywhere.

But with a careful eye, you could draw in the lyrical beauty of that environment. Many times, I would go to a party I didn’t want to only for the cab ride back home, at 2:00 AM, feeling like a Vincent or a Max.

I saw the film that lit my fuse on a tiny black cube.

The Point: I’m not here to be a contrarian on the theatrical film experience. We all know why it’s great, and for f*ck’s sake, we Millennials have been accused of killing every other mediocre industry out there. We can’t afford to have the death of cinemas pinned on us, or Boomers will make diesel pickup trucks mandatory.

I can meet the Nolans and Villeneuves of the industry halfway and agree that yes, no movie or series worth a damn should be watched on a cell-phone. I prefer concrete answers to nuanced problems, maybe the acceptable minimum could be a standard iPad screen and from there, the bigger the better. We were discussing this on Slack the other day: Can you really assert that you are missing something essential about a Great movie when you watch it on a 13- inch laptop? Or in ever cheaper digital screens with a decent sound system?

The other half of the equation is that, before the pandemic, cinema chains were lagging in their offers, going all in on gimmicks like 4DX instead of, I don’t know, hiring people that actually knew how to calibrate the projector and changing the bulbs every now and then.

What directors like Nolan forget to consider is, that, in the long term, more people will watch any given movie on a small screen. Any great movie will survive that transition seamlessly.

Maybe it’s language that gets in the way of how we think of small screens; what if we also use “see” for the laptop, instead of a word so ladened with passivity as “watch.” You can see in a laptop, a 90s Trinitron, and on a 32-inch.