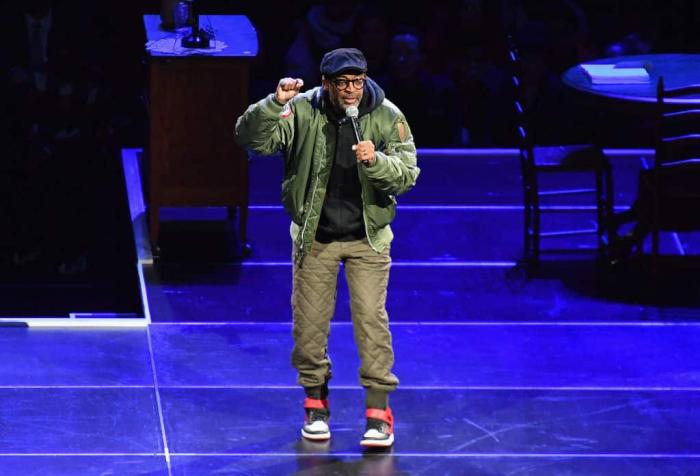 We Didn't See That Coming: Spike Lee To Make Musical Movie About Viagra

Spike Lee has been on a roll lately. He finally won his long-deserved Oscar with BlacKkKlansman as well as receiving his FIRST nomination for Best Director (seriously? It took all this time?!) This year, he’s responsible for two of the best films of 2020: The impeccable Da 5 Bloods and the David Byrne Broadway recording of American Utopia. Lee’s always been prolific and he’s always made fascinating movies so I don’t buy the claim that he’s experiencing a comeback right now. He never went away. People are just paying attention to him. So, what do you do when you have all eyes on you and you want your new project to get people excited?

You sign on to make a musical about Viagra!

Studio Entertainment One and Spike Lee are prepping a currently-untitled musical about the Pfizer miracle drug for all your erectile dysfunctions. Based on the David Kushner Esquire article ‘All Rise: The Untold Story of The Guys Who Launched Viagra’, the movie will dramatize the true story of a hunt for a miracle chest pain drug that ended up having some appealing below-the-belt side-effects. The music will be provided by Stew Stewart and Heidi Rodeland, the duo behind the Tony-winning Broadway show Passing Strange, which Lee previously recorded for an at-home release. The screenplay was written by Lee and Kwame Kwei-Armah, a true legend of West End theater, the current artistic director of the Young Vic in London, and the guy who played Finlay the paramedic in Casualty.

Lee is clearly revved-up for the project, as indicated by the statement he sent to Deadline:

‘First And Foremost, I Thank Ms. Jacquelyn Shelton Lee. I Thank My Late Mother For As She Would Say Taking “My Narrow,Rusty Behind” Dragging, Kickin’ And Screamin’ To The Movies When I Wuz A Nappy Headed Kid Growing Up In Da Streets Of Da People’s Republic Of Brooklyn. I Did Not Want To See Corny People Singin’ And Dancin’. I Instead Wanted To Play With My Friends On Da Block, Stoop Ball, Stick Ball, Punch Ball, Soft Ball, Basketball, 2 Hand Touch, Tackle Football, Coco Leevio, Johnny On Da Pony, Hot Peas And Butter, Crack Top, Down Da Sewer And Of Course-Booty’s Up. All The Great New York City Street Games That Might Be Sadly Lost Forever. My Father, Bill Lee, Jazz/Folk Bassist,Composer HATED HollyWeird Movies, Henceforth And What Not, Me Being The Eldest Of 5 Children I Became Mommy’s Movie Date. She Was A Cinefile. Thank You Lawdy She Didn’t Listen To My Ongoing Complaints About Musicals. So Finally Going Into My 4th Decade As A Filmmaker I Will Be Directing A DANCIN’,ALL SINGIN’ MUSICAL Spike Lee Joint And I Can’t Wait. My Moms Has Been Waiting TOO!!! And Dats Da Rodgers And Hammerstein Truth, Ruth.’

Keep it up, Spike! We didn’t see this choice of project coming! You know he’s gonna go hard with this one. Will it exceed four hours running time and if so, should we consult our doctor?

← New York Says "Screw You" To Trump in Colbert Opening | Reddit Asks the Question: 'Who Are Some Women That Get Overlooked In History But Had Major Contributions to Society?' →