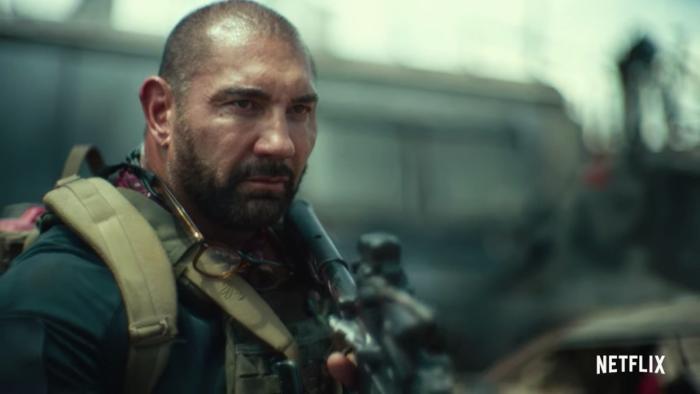 Watch: The Zombies in Zack Snyder's 'Army of the Dead' Trailer Lay Waste to Vegas

I love zombies, and I love a great zombie film, and whatever else one wants to say about Zack Snyder, he made one of the best in Dawn of the Dead. He’s back now with Army of the Dead, which is not a sequel, but an original zombie film. It’s headlined by Dave Bautista, but there’s a lot of great talent in it, too: Hiroyuki Sanada, Ana de la Reguera, Garret Dillahunt, Ella Purnell, and Tig Notaro, who replaced Chris D’Elia after grooming allegations came out against him (D’Elia’s scenes were reshot with Notaro).

The film itself combines two of my favorite subgenres: Zombies and heist films, as a group of mercenaries tries to break into a vault beneath the Vegas strip to steal $200 million. The catch? It’s surrounded by zombies, and not just any zombies. They’re Vegas zombies. They’re fast zombies, too, with some ability to think, and jump around, and lay your asses to waste. They’re also “organized,” which is good because Vegas is a union town.

And yes: There is also a zombie tiger. This is basically my Marvel movie.

Army of the Dead premieres on Netflix on May 21st. There will apparently be some opportunities to see it in theaters before then.