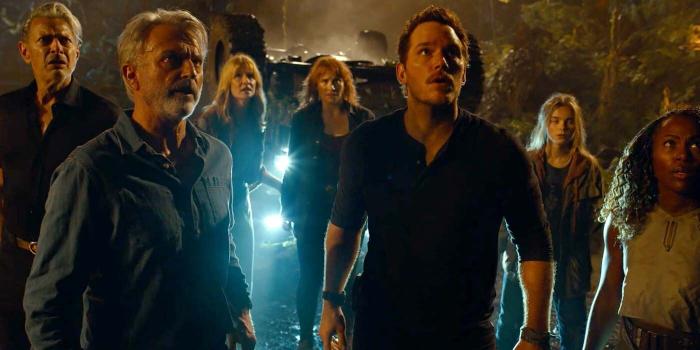 Watch the Trailer for 'Jurassic World: Dominion,' the Last Movie of the Trilogy

Here is the trailer for Jurassic World: Dominion, which is the third and final entry of this particular Jurassic World trilogy, but — as producer Frank Marshall has noted — it is not necessarily the end of the series, because there is money to be had, assuming this one makes its bank. If they want to assure that, have a dinosaur eat Chris Pratt. Swallow that man whole. Violently. It would break every box-office record known to man. It would be like Paris Hilton’s role in House of Wax on a colossal scale. It would be the only thing that could inspire enthusiastic interest from folks like me who had completely forgotten there was even a second entry in this trilogy.

It’s also good to see that the critical and box-office failure of Book of Henry and getting booted out of the Star Wars universe hasn’t affected director Colin Trevorrow’s career because, as they say, mediocrity always rises to the top.

Watch the trailer. There are lots of dinosaurs that Chris Pratt won’t stop approaching. JUST EAT HIM FOR THE LOVE OF GOOD SWALLOW HIM WHOLE GOD HOW SATISFYING WOULD THAT BE?

← Will Arnett Opens Up About Divorce From Amy Poehler | Zack Snyder Announces Some Casting News For His Next Film, 'Rebel Moon' →