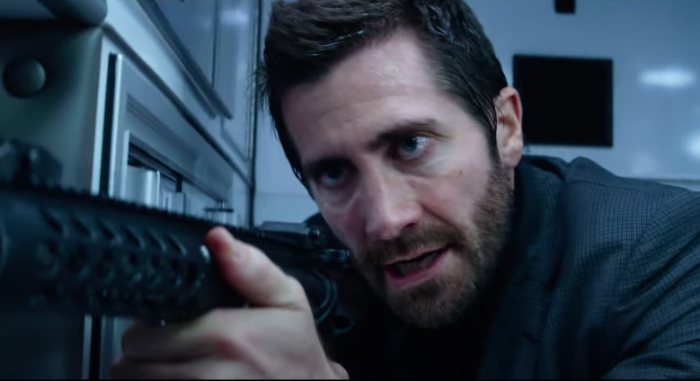 Watch the Trailer for 'Ambulance,' the New Movie from Michael Bay ... Wait, Come Back! Don't Go!

Look, first of all, not all Michael Bay movies are bad. Most of them? Yes! But if he can avoid franchises or jingoism and keep his dick in his pants, he’s made some decent flicks. Well, he made Pain & Gain. That was good! (I am not among those who liked his Bruckheimer films — Pearl Harbor, The Rock, Armageddon — but I did enjoy Bad Boys). The man does like car chases, action sequences, and PG-13 violence, and sometimes that’s just what a movie calls for.

That may be the case for Ambulance, which looks like a movie about two bank robbers who steal an ambulance after a bank heist goes bad. (Holy shit: I checked the logline, and my description of this movie based on the trailer was damn near spot-on: “Two robbers steal an ambulance after their heist goes awry.”) Those two robbers are played by Jake Gyllenhaal and Yahya Abdul-Mateen II, and the EMT in that ambulance is played by Eiza González, and Garrett Dillahunt is also here. Are you interested now?

Maybe take a look at the trailer, because it looks like one of those perfect storms where the things that Michael Bay excels at are exactly what this movie calls for (warning: A lot of plot is divulged in the trailer).