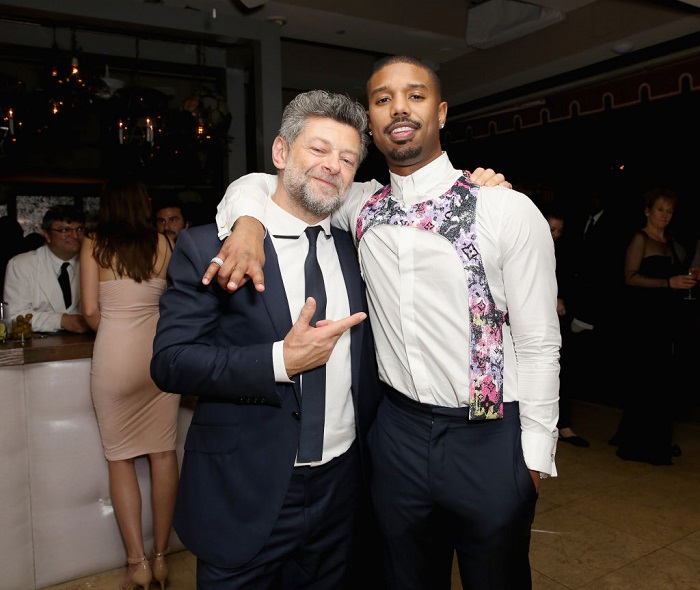 Very Hot Dad Andy Serkis Confirms He Will Direct ‘Venom 2,’ a Movie That is Happening

My mind remains boggled that Venom made $856 million last year. Eight! Hundred! Fifty! Six! Million! Dollars! And because we all knew Sony wasn’t letting success slip away, the news is now confirmed: We will definitely be getting a Venom 2, and Andy Serkis is going to direct.

It’s happening. The Symbiote has found a host in me and I’m ready for the ride…Can’t wait! #venom #venom2 #marvel pic.twitter.com/unCzmJOjop

This is good news! Very good news! Give all the jobs to people with Iraqi and Armenian heritage! We’re taking all your shit! (Seriously though, I enjoy that this franchise had Riz Ahmed in a major role in Venom and is also handing the keys to Serkis; I consider these wins for us brown people.)

Look, on the one hand, do I absolutely wish that Serkis was actually co-starring in Venom? I do, because Tom Hardy’s thoroughly gonzo energy in the first film was bonkers, and if there is anyone who can match him in intensity, I’m pretty sure it’s Serkis. Remember when Hardy climbed into that lobster tank? That was excellent, but we know that is amateur shit compared with Serkis’s career!

Let’s recap: My dude (who I legitimately think has transformed what we understand to be capable with motion-capture technology) gave everything to Gollum!

I still maintain that he should have been nominated for an Oscar for his work as Caesar in War for the Planet of the Apes, an ambitious, eerily on-point movie about fascism that I fully adored!

He made Ulysses Klaue strangely hot in Black Panther! Dangerous as hell, styled within an inch of his life, and still captivating in his evil intent!

Andy Serkis is basically Malevolent Michael Sheen, and it’s very compelling. Look at this dad energy! I am attracted to it!

So, back to the task at hand: Dd anyone see Serkis’s Jungle Book adaptation on Netflix? It was wild! A huge swing, and not one that was entirely successful, but that has demonstrated he has the technical and skill and big-picture ambition to make a movie like Venom 2 work. I’m tentatively hopeful. (As long as Woody Harrelson’s wig as Carnage gets an upgrade. Can that shit be improved through motion-capture?)