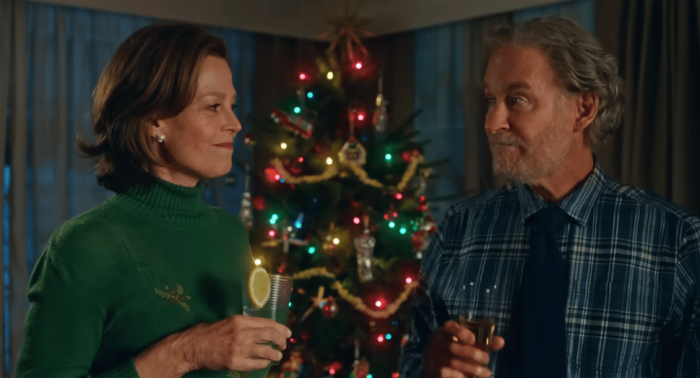 Trailer Watch: The Good, The Food, and the Lena Dunham

Very few things can go wrong when you put Sigourney Weaver and Kevin Kline in a scene together. Breaking the fourth wall MIGHT be one of those things. But I’m willing to take that risk for The Good House, based on Ann Leary’s bestselling book. It has been bouncing around the festival circuit since its world premiere at the 2021 Toronto Film Festival. No word on a release date.

A new trailer for The Menu was released yesterday. The more I see of this film the more interested I am in it, although maybe I will stop watching trailers now because we’re getting dangerously close to giving the whole plot away here.

While I do not love the nasal affectation Nicholas Hoult has adopted, I like that Ralph Fiennes has found a way to be super creepy but also handsome. Anya Taylor-Joy continues to be incredibly interesting, no notes. Confidentially to John Leguizamo though, I hope this variation of The Most Dangerous Game works out for you better than the last one did.

Catherine Called Birdy, a film we mentioned back in January, released a trailer yesterday too.

Pros: Bella Ramsey bringing the sass we loved her for in Game Of Thrones, Andrew Scott (‘nuff said), and Billie Piper being funny and in period dress.

Cons: Russell Brand and Lena Dunham — whose problematic history has been discussed here so much there are too many links to choose from. These two are such divisive figures it will be a shame if their involvement is an automatic turn-off for what looks like might be a fun, anachronistic comedy. Maybe they should both consider stage names. Or they could both stop being such awful people.