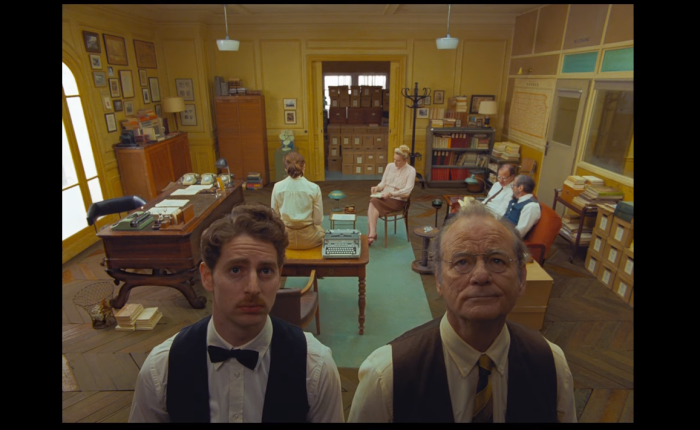 With the Trailer for His New Movie, 'The French Dispatch', Wes Anderson Goes Completely Against Type to...Nah Just Kidding It Looks Like a Wes Anderson Movie Dreaming of Itself

Look, I like Wes Anderson’s films. A lot. Most of them. The Darjeeling Limited was an unfortunate example of using another culture as a reductive backdrop for a white-centred, bitter colonial-tasting story, and I haven’t seen Fantastic Mr. Fox or Isle of Dogs because I have some strange aversion to stop-motion animation—but aside from that, I love his movies. I think they’re visually and thematically rich and though they are very much of a certain demographic milieu that often makes me bristle, Anderson manages to inject enough real and empathetic humanity, pathos, and humour into his characters that I just can’t help but be into it.

A few years back I tried to assess whether Anderson was a White Purveyor of Twee Uber-White Whiteness, or Genius Visionary Craftsman, and after lengthy consideration the answer inevitably came down to: Yes. Everything we’ve heard about his latest film, The French Dispatch, set for release around August 2020, has indicated that it was set to—GASP!—continue in that vein. Personally, I think that’s OK. Not everyone has to be jumping around from style to style, and creative evolution can happen in more subtle steps—as indeed I think it has in Anderson’s work. The official trailer for The French Dispatch has just dropped, and it’s likely that just as many people will be completely turned off by it as are delighted by it. Check it out:

← The Democratic Primary Race is a Mess | 'Mythic Quest: Raven's Banquet' and 'Locke and Key' on Podjiba! →