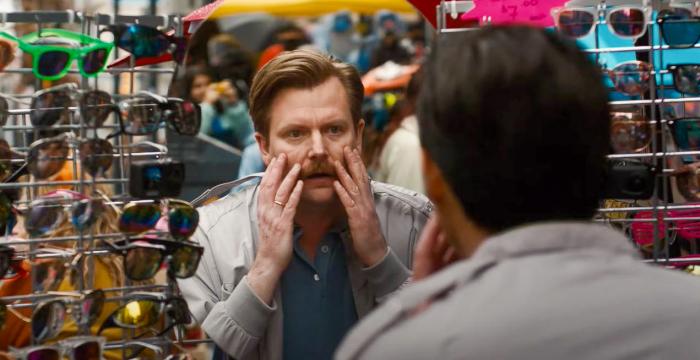 There have been a number of trailers released for the next few months that warrant your attention, if not full posts for each one. First up is Call Jane, a trailer whose drop I missed a few weeks ago but whose timing couldn’t be more prescient. Elizabeth Banks and Sigourney Weaver headline a stellar cast in which a married woman (Banks) makes a difficult decision when her doctors refuse to abort the fetus that may kill her.

Next is a new trailer for Dwayne Johnson’s Black Adam, one of the few that new WB overlord David Zaslav hasn’t buried somewhere out on the back 40. It looks better than Shazam at least and sad as it is, this is the furthest Johnson has stretched his acting muscles in the last decade.

I miss The Rundown and Walking Tall era Johnson. Black Adam is in theaters October 21.

House of Darkness, starring Justin Long and Kate Bosworth arrives in limited theaters today, and on streaming 9/13. What at first looks like a take on the Woman in White legend takes a turn when Bram Stoker’s name shows up, and it’s not long before the fangs come out. Does it look good? No. Will I watch a sultry Kate Bosworth eat Justin’s face? You bet.

Call me judgmental if you want, but I’m pretty sure the world can only get better if the “King of YouTube” and “Social Media Queen” are devoured by undead monsters. Slayers also stars Abigail Breslin and releases October 21.

33 years ago, Dr. Sam Beckett leaped back through time into other people’s bodies in an attempt to fix the timestream before vanishing forever. This fall, Dr. Ben Seong follows suit on the NBC reboot of the classic sci-fi drama.

Finally, Prime Video gives us a taste of The Peripheral. Coming from William Gibson’s novel, The Peripheral stars Chloë Grace Moretz as Flynne Fisher, a young woman living on the edge in the American South. She earns extra cash playing VR games for rich people, until one night she finds herself in futuristic London. The only difference is this time, somehow, it’s not a game.

Prime’s responsible for some great alt-fic these days, so I’m hopeful The Peripheral offers some ideas and thrills without crawling up its own butt as William Gibson properties occasionally do. It premieres October 21, so we’ll find out soon.


← Grant Morrison Explains How Superheroes Are Like Drag Stars | Shia LaBeouf Has a Dark, Evangelical Take On His Mother's Passing →