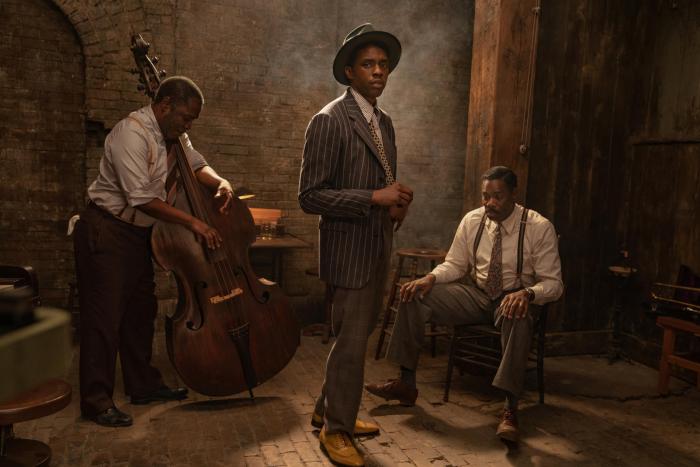 Winter is coming and with it some real heavy hitters. Whether you’re craving something sweet, something creepy, family/fighter drama, dancing queens, prestige, or powerhouses, we’ve got you covered. Here are trailers of the latest from Meryl Streep, Nicole Kidman, Sophia Loren, Stephen Dorff, Viola Davis, and Chadwick Boseman

THE DONUT KING In select theaters and virtual cinemas on October 30.

Meet Ted Ngoy, the titular Donut King. He is a Cambodian refugee who went from rags to riches one treat at a time. Then, he lost it all.

SLEEPLESS BEAUTY Available on VOD and digital on November 10.

This indie thriller follows a young woman thrown into a living nightmare. Kidnapped by a mysterious organization known as Recreation, Mila (Polina Davydova) is kept in a cell, where she is tested, tormented, and not allowed to sleep.

THE LIFE AHEAD On Netflix November 13.

Academy Award-winner Sophia Loren headlines this drama of unexpected friendship. Madame Rosa is a Holocaust survivor, who now runs a daycare in Italy. Momo is an orphan who steals to survive. But when he robs Madame Rosa, he snatches onto something greater.

EMBATTLED In select theaters, digital, and cable VOD on November 20.

Stephen Dorff stars as a World Champion MMA fighter, who can take on any contender in the ring but can’t face his own sons. Darren Mann and Colin McKenna co-star.

SHAWN MENDES: IN WONDER Available on Netflix on November 23.

This music-filled documentary follows Shawn Mendes on tour, giving unprecedented access to his life on and off stage.

MANK In select theaters and on Netflix on December 4.

Daddy issues drive a reclusive neuroscientist (Sathya Sridharan) to attempt a dangerous experiment that shatters his psyche. No, seriously. Anxiety, Anger, Intellect, and others square off in an internal battle that could snap his sanity. His only ally is his ex (Paton Ashbrook).

THE PROM Opens in select theaters and on Netflix on December 11.

Adapted from two-time Pulitzer Prize winner August Wilson’s play, this 1927-set drama is already earning Oscar buzz for Viola Davis and the late Chadwick Boseman. Brace yourselves. Because he says, “You don’t know nothing about what kind of blood I got, what kind of heart I got beating here,” it hits hard.

← Within the Next 10 Years, the GOP Will Come to Democrats Begging to Abolish the Electoral College | Good For Her: Lily Allen Launches Sex Toy Collaboration And Wants Us All To Have a Great Time! →