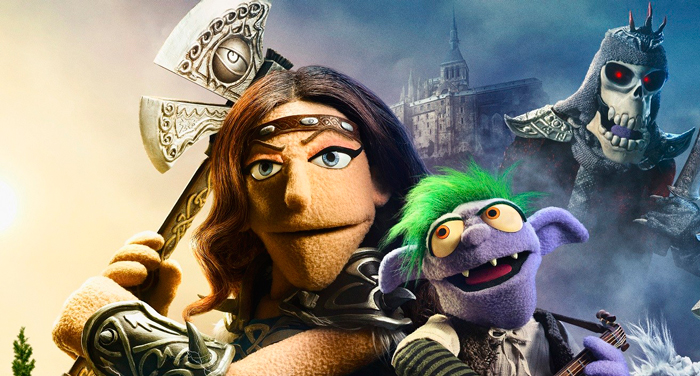 Into The Dark: Blood Moon: Hitting Hulu on March 26.

Embryo: Coming to On Demand and digital on April 6.

Romina Perazzo and Domingo Guzmán star in this Chilean horror flick about a couple who faces some unique pregnancy challenges. After being inseminated by a mysterious creature, Evelyn’s cravings aren’t just odd, they’re cannibalistic.

Dawn of the Beast: Coming to digital and DVD on April 6.

A group of cryptozoology students went in search of Bigfoot, but found the Wendigo. Then, Bigfoot. Horror ensues.

Space Dogs: Tropical Adventure: Coming to theaters on April 2 and on VOD April 6.

The third and final entry in the Space Dogs trilogy has arrived. In this one, dog astronauts explore a whirlpool in the Atlantic and discover a nefarious extraterrestrial looking to steal Earth’s water.

The Power: Coming to Shudder on April 8.

In London, 1974, rolling blackouts and a crumbling hospital set the stage of terror for a trainee nurse forced to face her fears. Rose Williams stars in this spooky flick from writer/director Corinna Faith.

Monday: Opens in select theaters, on digital platforms, and VOD on April 16.

Want to go on a sexy, summer adventure with Sebastian Stan? Yeah, you do. Denise Gough co-stars.

Vanquish: Coming to digital and On Demand on April 23, Blu-ray and DVD on April 27.

Morgan Freeman and Ruby Rose team up for a slick thriller in which a former drug courier is forced into one last job by a dirty cop. Cool cool. You had me at Ruby Rose in a leather jacket.

Here Are The Young Men: Comes to digital on April 27.

Golden Arm In theaters and on Digital on April 30.

The Outside Story: Coming to digital and On Demand on April 30.

Brian Tyree Henry has been killing it as a supporting player. Now he gets his first big-screen lead in a dramedy about an introverted editor whose breakup forces him to get to know his neighbors. Sonequa Martin-Green, Sunita Mani, Olivia Edward, Asia Kate Dillon, Rebecca Naomi Jones, and Michael Cyril Creighton co-star.

Paper Spiders: Hits theaters across the country on May 7.

Oxygen: Coming to Netflix on May 12

He brought us High Tension, Piranha 3D and Crawl. Now, Alexandre Aja offers a suffocating survival thriller about a woman (Mélanie Laurent) who awakens in a cryogenic pod with no idea how she got there or who she is. All she knows is she’s running out of air.

The Barbarian And The Troll: Coming soon to Nickelodeon.

← Review: The Russo Brothers Embarrass Themselves with the Abysmal 'Cherry' | Nah. I Simply Refuse to Understand What is Going On Here →