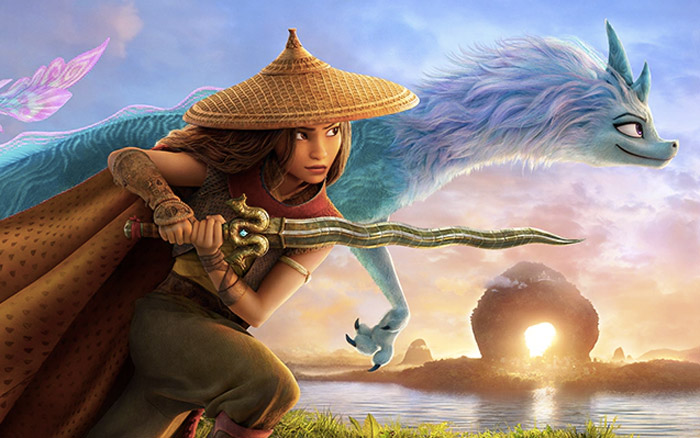 Trailer Round-Up: 'Godzilla vs. Kong,' 'Raya and the Last Dragon,' And More!

Whether you want killer-cool kaiju, lovable dragons, thought-provoking docs, chills and thrills, or a wild ride of romance, we’ve got you covered with our latest trailer round up.

The Most Beautiful Boy In The World: Making its world premiere at Sundance 2021.

Kristina Lindström and Kristian Petri’s documentary looks back to 1971, when Italian director Luchino Visconti searched the globe for the picture-perfect boy to star in his adaptation of Thomas Mann’s Death in Venice. He found Björn Andrésen, a shy 15-year-old boy, whose life would forever be changed by the scorching spotlight. Now, this boy looks back on who he was and who he has become.

Director Thomas Keith explores bullying in America in this award-winning documentary. Why does it happen? What does it mean? What does it lead to? Experts and survivors weigh in.

Jumbo: Coming to select theaters on February 19, with VOD to follow.

This is not a story of boy meets girl. Portrait of a Lady On Fire’s Noémie Merlant instead stars in a romance that is about girl meets amusement park ride. Written and directed by Zoé Wittock, this festival stunner explores the oft-mocked but little understood lust of objectophilia.

Silk Road: Coming to select theaters and On Demand on February 19.

Written and directed by Tiller Russell, this crime-thriller was inspired by real events. Jason Clarke, Nick Robinson, Katie Aselton, and Jimmi Simpson star in a story that winds down the perturbing paths of the dark web and online drug dealing.

What’s the deal with Holland? This playful, acclaimed doc explores questions like “Is having month-long double paid vacations, no fear of homelessness, and universal healthcare the nightmare we’ve been warned about?” Tune in to find out.

Raya and the Last Dragon: Coming to theaters and Disney+ with Premier Access on March 5.

Kelly Marie Tran and Awkwafina lend their voices to an animated adventure about a fantastical world, a noble warrior, and the wacky dragon who might be the key to a peaceful future. Also, there is a thieving baby with sharp moves!

Honeydew: Coming to theaters on March 12 and On Demand on April 13.

Seeking something strange? Following its film festival tour, Devereux Milburn’s horror flick is coming. Sawyer Spielberg and Malin Barr star as a young couple whose roadtrip through rural America takes a twisted turn when they knock on the door of a kindly old woman and her peculiar son.

Godzilla vs. Kong: Coming to theaters on March 26, then HBO Max 31 days later.

← Marjorie Taylor Greene Is A Dangerous Psycho Who Needs To Go | Watch: First Footage of 'Suicide Squad,' 'Space Jam,' 'In the Heights,' and 'The Sopranos' Prequel →