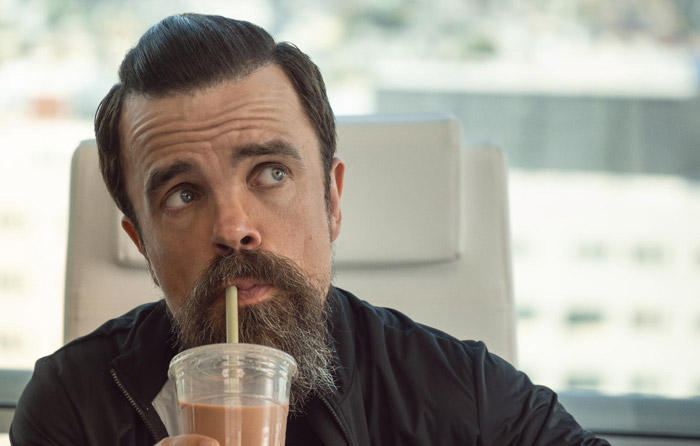 Whoo! This week, a ton of trailers have dropped, teasing movies that are coming soon and look real damn good. (Or at least real wild!) Hankering for the latest from Tom Holland, Viggo Mortensen, Rosamund Pike, or Peter Dinklage? Longing for heated romance? Tempted by time loop tales? Hungering for trippy sci-fi or action-studded suspense? We’ve got you covered.

A Nightmare Wakes: Coming to Shudder on February 4.

This newly announced acquisition is a psychological thriller that explores Mary Shelley’s inspiration for Frankenstein as well as her passionate love affair with poet Percy Shelley. Writer/director Nora Unkel brings together plenty of mood and swoon, plus a cast that includes Alix Wilton and Giullian Gioiello.

Falling: In select theaters, VOD, and digital on February 5.

Viggo Mortensen writes, directs, and stars in this father-son drama, which has already sparked controversy. The triple-threat centers his story on a married gay man, whose ailing—and homophobic—father is brought into his home, causing tension.

Son of the South: In select theaters, VOD, and digital on February 5.

Lucas Till, Lex Scott Davis, Lucy Hale, Cedric the Entertainer, and Julia Ormond star in a drama about a KKK member’s grandson, who’s coming of age in the deep south during the Civil Rights Movement of the 1960s. This adaptation of Bob Zellner’s autobiography The Wrong Side of Murder Creek is being helmed by Barry Alexander Brown, who’s been editing Spike Lee’s movies since 1988.

The Wanting Mare: In select theaters and on VOD on February 5.

A Writer’s Odyssey: Coming to theaters on February 12.

Lu Yang helms a curious tale of fantasy, quests, and a writer doomed for creating both. Dong Zijian stars as an author of a fantasy novel about a teen hero toppling a terrible tyrant. But when this fiction bleeds into the real world, a hero is sent on a mission to end the author. Lei Jiayin, Yang Mi, Yu Hewei, and Guo Jingfei co-star.

The Map of Tiny Perfect Things: Coming to Prime Video on February 12.

The World to Come: Coming to theaters on February 12, digital on March 2.

Mona Fastvold’s Western romance centers on two farmers’ wives (Katherine Waterston and Vanessa Kirby), who find love and comfort in their connection to each other. Christopher Abbott and Casey Affleck co-star. Ahead of the film’s release, it will premiere at Sundance 2021 in their Spotlight Program. Keep an eye out for our review!

To All The Boys: Always and Forever: Premiering on Netflix on February 12.

Lana Condor and Noah Centineo for the third and final chapter of the teen-love story of Lara Jean Covey and Peter Kavinsky. Per the logline: “A pair of life-changing trips lead Lara Jean to reimagine what life with her family, friends, and Peter will look like after graduation.”

I Care A Lot: Premieres on Netflix on February 19.

Rosamund Pike, Peter Dinklage, and Dianne Wiest headline J Blakeson’s cutting comedy about a con woman who crosses the wrong little old mark. The buzz out of TIFF is that this crime caper gives Pike and Dinklage roles they can really sink their teeth into!

Cherry: Coming to theaters on February 26 and exclusively on Apple TV+ March 12

Tom Holland reunites with the Russo Brothers for a crime drama about a PTSD-suffering Army medic who becomes a serial bank robber after an addiction to drugs puts him in debt. Jack Reynor and Ciara Bravo co-star.

Adverse: On DVD, digital, and On Demand on March 9.

Mickey Rourke plays a ruthless kingpin in this urban crime-thriller. Thomas Nicholas stars as a cabbie who goes into revenge mode when his sister (Kelly Arjen) is snatched over a drug debt. Lou Diamond Phillips, Sean Astin, and Penelope Ann Miller co-star.

← Seth Meyers Pays Homage To His Bad Sponsors In Infectiously Funny Segment | Just What in the Hell is Happening in this GIF? →