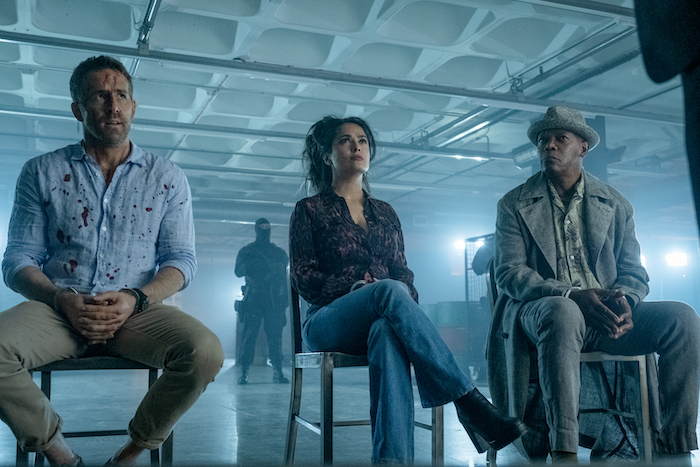 Summer movies are coming! Whether you’re hungering for horror, feel-good flicks, music docs, or heart-tugging drama, we’ve got that, and much much more in this trailer round-up.

The Djinn: Out today in theaters, digital and VOD.

Synopsis: “A mute boy (Ezra Dewey) is trapped in his apartment with a sinister monster when he makes a wish to fulfill his heart’s greatest desire.”

Why We’re Stoked: Our review for this horror thriller is hitting this afternoon, don’t miss it!

PINK All I Know So Far: Premiering on Amazon Prime Video on May 21.

Synopsis: “Join award-winning performer and musician P!NK as she embarks on her record-breaking 2019 “Beautiful Trauma” world tour and welcomes audiences to join her chosen family while trying to balance being a mom, a wife, a boss, and a performer. Mixing footage from the road, behind-the-scenes interviews, and personal material, director Michael Gracey (The Greatest Showman) gives audiences a glimpse behind the curtain of the circus that she calls life.”

Why We’re Stoked: Hook this concert doc straight to our veins!

Baggio: The Divine Ponytail (Il Divin Codino): Coming to Netflix on May 26.

Synopsis: “A chronicle of the 22-year career of soccer star Roberto Baggio, including his difficult debut as a player and his deep rifts with some of his coaches.”

Why We’re Stoked: Who doesn’t love a good sports movie?

Panic: Premieres on Amazon Prime Video on May 28.

Synopsis: “Panic is a new Amazon Prime Video one-hour drama series, written and created by Lauren Oliver (based on her bestselling novel). It takes place in a small Texas town, where every summer the graduating seniors compete in a series of challenges, winner takes all, which they believe is their one and only chance to escape their circumstances and make their lives better. But this year, the rules have changed - the pot of money is larger than ever and the game has become even more dangerous. The players will come face to face with their deepest, darkest fears and be forced to decide how much they are willing to risk in order to win.”

Synopsis: “Lisey’s Story is a deeply personal, pensive thriller that follows Lisey Landon (played by Julianne Moore) two years after the death of her husband, famous novelist Scott Landon (played by Clive Owen). A series of unsettling events causes Lisey to face memories of her marriage to Scott that she has deliberately blocked out of her mind. Joan Allen, Jennifer Jason Leigh, Dane DeHaan, Ron Cephas Jones, and Sung Kang also star alongside Moore and Owen.”

Queen Bees: Coming to theaters and On Demand on June 11.

Synopsis: “While her house undergoes repairs, fiercely independent senior Helen (Academy Award® winner Ellen Burstyn) moves into a nearby retirement community ― just temporarily. Once behind the doors of Pine Grove Senior Community, she encounters lusty widows, cutthroat bridge tournaments, and a hotbed of bullying “mean girls” the likes of which she hasn’t encountered since high school, all of which leaves her yearning for the solitude of home. But somewhere between flower arranging and water aerobics Helen discovers that it’s never too late to make new friends and perhaps even find a new love.”

Synopsis: “Skater Girl is a coming-of-age story about confidence, courage, and the profound impact of blazing your own trail. Set in a remote village in Rajasthan, India, the film follows Prerna (Rachel Saanchita Gupta in her debut performance), a local teen living a life bound by tradition and duty to her parents. But when London-bred advertising executive Jessica (Amy Maghera) arrives in the village to learn more about her late father’s childhood, Prerna and the other local children are introduced to an exciting new adventure thanks to Jessica and her old friend (Jonathan Readwin) who cruises into town on a skateboard. The kids become infatuated with the sport, skating through the village, disrupting everything and everyone around them. Determined to empower and encourage their newfound passion, Jessica sets out on an uphill battle to build the kids their own skatepark, leaving Prerna with a difficult choice between conforming to society’s expectations of her or living out her dream of competing in the National Skateboarding Championships.”

Why We’re Stoked: Name a bad movie about women skateboarding. You can’t. Impossible.

Sublet: Coming to theaters on June 11 and On Demand on July 9.

Synopsis: “A New York Times travel writer comes to Tel Aviv after suffering a tragedy. The energy of the city and his relationship with a younger man who becomes his tour guide bring him back to life.”

Why We’re Stoked: Like Swan Song, this looks to explore the divide of a generation gap between gay men that needs to be addressed.

Synopsis: “In Sony Pictures Animation’s Wish Dragon, Din, a working-class college student with big dreams but small means, and Long, a cynical but all-powerful dragon capable of granting wishes, set off on a hilarious adventure through modern-day Shanghai in pursuit of Din’s long-lost childhood friend, Lina. Their journey forces them to answer some of life’s biggest questions - because when you can wish for anything, you have to decide what really matters.”

Synopsis: “The world’s most lethal odd couple - bodyguard Michael Bryce (Ryan Reynolds) and hitman Darius Kincaid (Samuel L. Jackson) - are back on another life-threatening mission. Still unlicensed and under scrutiny, Bryce is forced into action by Darius’s even more volatile wife, the infamous international con artist Sonia Kincaid (Salma Hayek). As Bryce is driven over the edge by his two most dangerous protectees, the trio get in over their heads in a global plot and soon find that they are all that stand between Europe and a vengeful and powerful madman (Antonio Banderas). Joining in the fun and deadly mayhem is Morgan Freeman as…well, you’ll have to see.”

Why We’re Stoked: Look at that cast. Or this trailer.

The Sparks Brothers: Coming to theaters on June 18.

The Forever Purge: Coming to theaters on July 2.

Synopsis: “This summer, all the rules are broken as a sect of lawless marauders decides that the annual Purge does not stop at daybreak and instead should never end in The Forever Purge. Blumhouse’s infamous terror franchise hurtles into innovative new territory as members of an underground movement, no longer satisfied with one annual night of anarchy and murder, decide to overtake America through an unending campaign of mayhem and massacre. No one is safe.”

Why We’re Stoked: Give us the fantasy of taking down gun-toting white fools who think the world is theirs for the taking.

Stillwater: Coming to theaters on July 30.

Synopsis: “A dramatic thriller directed by Academy Award® winner Tom McCarthy and starring Matt Damon, Stillwater follows an American oil-rig roughneck from Oklahoma who travels to Marseille to visit his estranged daughter, in prison for a murder she claims she did not commit. Confronted with language barriers, cultural differences, and a complicated legal system, Bill builds a new life for himself in France as he makes it his personal mission to exonerate his daughter.”

Why We’re Stoked: From the director of The Station Agent, The Visitor, Win Win, and Spotlight = SOLD.


← 'Manifest' Recap: (Dark) Lightning Crashes, and Saanvi Cries (Blood) | Review: You're Not Ready For The Awfulness Of 'The Reckoning' →