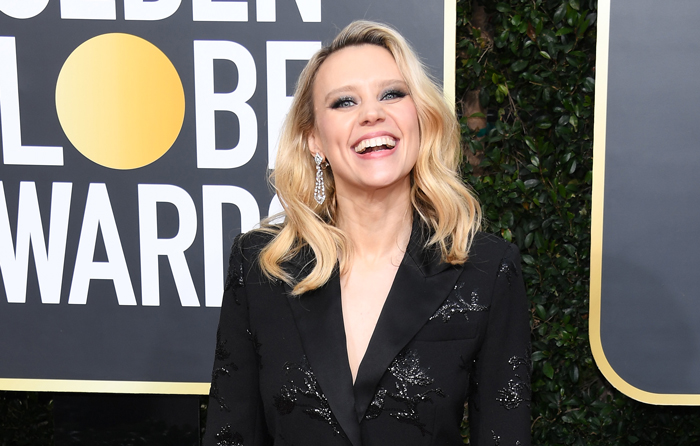 Father’s Day has come early with news that former president Barack Obama and living rock legend Bruce Springsteen are teaming up for a podcast. (CNN)

Nearly 1,200 UK television freelancers and executives joined forces in accusing British TV personality Piers Morgan of bullying, in the wake of his harassing former, Adeel Amini, on Twitter. That’s not enough for his bosses to do f*ckall about it. (Yahoo)

The Raid writer/director, Gareth Evans, is teaming with Tom Hardy for a new Netflix movie called Havoc. The logline is: this will kick much ass. (Digital Spy)

Prevenge writer/director/star Alice Lowe is prepping a time-travel rom-com called Timestalker, in which she’ll co-star with Jacob Anderson, Sam Riley, and What We Do In The Shadows’ goddess, Natasia Demetriou. (Deadline)

Charlize Theron and Kerry Washington have joined Paul Feig’s adaptation of The School for Good and Evil, which is being produced by Netflix. (Coming Soon)

Tim Burton is bringing Wednesday Addams to Netflix in a live-action coming-of-age series!

Burton will also make his TV directorial debut on the sleuthing, supernaturally infused mystery that follows Wednesday as a student at Nevermore Academy pic.twitter.com/8ei3wIUrxq

Jesse Plemmons will lead Martin Scorsese’s Killers of The Flower Moon. Lily Gladstone and Leonardo DiCaprio will co-star in a movie Roxana is pre-emptively elated over. And rightly so. (Collider)

Get Out writer/director Jordan Peele is at work on a secret project, in which Keke Palmer and Daniel Kaluuya will star. You had us at Jordan Peele. (Comic Book)

Regina King has signed on to play Shirley Chisholm, America’s first Black Congresswoman, in the John Ridley-directed biopic Shirley. If One Night In Miami maintains Oscar momentum, King could become a regular on that stage. (Deadline)

Woody Allen and his wife Soon-Yi Previn are calling the documentary series Allen vs. Farrow a “hatchet job.” The doc series features interviews with Mia Farrow, Dylan Farrow, Ronan Farrow, and audio excerpts from Allen’s autobiography. Episode one is now on HBO Max. Allen would super hate it if you watched it. (Variety)

← Morning Briefing: The GOP's WandaVision Problem, Ted Cruz Has No Shame, and the Vaccines are Working! | Shailene Woodley Doesn't Care About the NFL, but Her Dog Is Impressed with Her Fiancé's Ball-Throwing Skills →