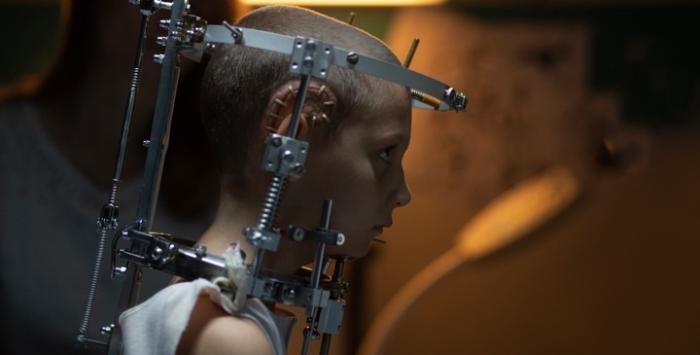 In 2017, French filmmaker Julia Ducournau awed critics with her freaky directorial debut Raw. A coming-of-age story about sex, forbidden desires, and cannibalism, it was stomach-churning yet sweet, harrowing yet hilarious. And now she’s got a follow-up.

Are you ready to take a look at Titane? Be warned: this first teaser from NEON is NSFW.

Enticed? Want to know what Titane is all about? That’s not how teaser’s work, baby. In lieu of a traditional logline, NEON is offering only this:

TITANE: A metal highly resistant to heat and corrosion, with high tensile strength alloys, often used in medical prostheses due to its pronounced biocompatibility.

Still, we’re salivating. Not only because Ducournau’s Raw was nerve-rattling and remarkable, not only because NEON has rolled out such astounding films as Border, The Killing of Two Lover, Little Wood, Memories of Murder and Colossal, but also because Titane will be playing in competition at Cannes. Considering how hard that prestigious fest seems to work to keep female filmmakers out of competition, you can bet this film must be outstanding.