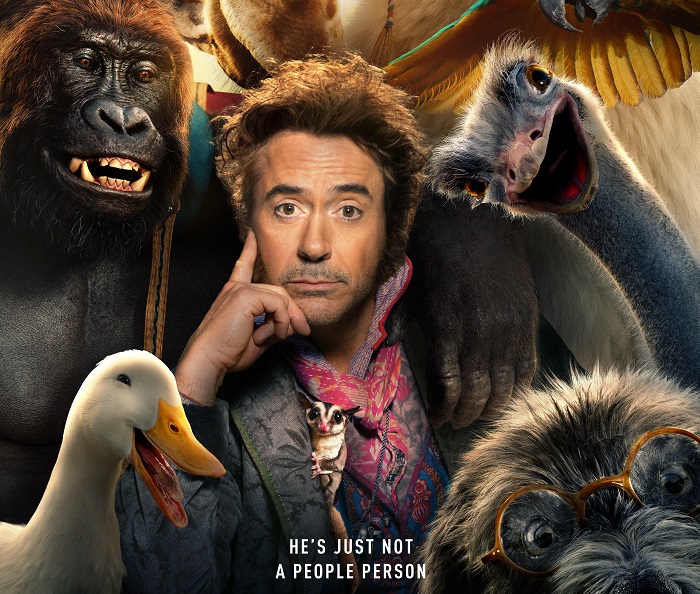 All the WTFs of ‘Dolittle’: A Dragon Colonoscopy, a Neurotic Tiger Getting Kicked in the Balls, and the Sidelining of All Women!

Dolittle is an insane movie in which insane things happen. We’re supposed to believe Robert Downey Jr. (for whom this is a passion project) is Welsh, although his accent more often sounds Indian, and sometimes New Jersey-ish? Two characters turn down romantic overtures from a dragonfly voiced by Jason Mantzoukas, which seems infeasible; he’s our favorite dirtbag! And oh yeah, there are no female characters of consequence in this entire thing, because one is dead, one is basically in a coma, and the other is a girl whose connection to the monarchy is never explained and who is introduced as loving adventure but then when faced with the adventure of a lifetime basically says, “Yeah, sure, I’ll stay home, I guess.”

It’s all weird and it’s all bad, as Steven so eloquently covered in his review. But I’ve had a lot of questions plaguing me since I saw this movie a couple of weekends ago, at a free screening during which I heard more than one child around me ask their parents variations of, “Is it almost over?” and “When can we go home?” Here is some of the inexplicable shit I’ve been obsessing over.

OBVIOUSLY, IF YOU CARE ABOUT THIS, BE AWARE THAT SPOILERS FOR DOLITTLE FOLLOW 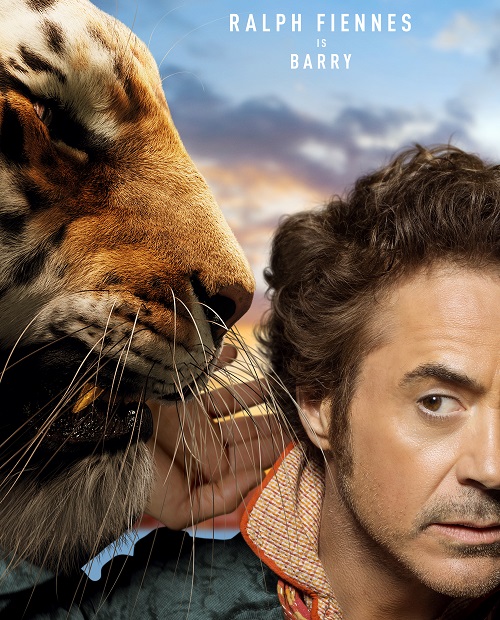 + The neurotic tiger who holds Dolittle understandably responsible for abandoning his treatment for depression is actually really upsetting? It’s weird to me that Barry is the character we definitely see being disastrously failed by Dolittle, but we’re meant to see that animal as the villain. Also mortifying is the slow-motion scene of Dolittle instructing Chee-Chee the gorilla (voiced by Academy Award winner Rami Malek, for some reason) to kick Barry “down there,” and that a literal line of dialogue this movie has Ralph Fiennes say is, “Ouch, my Barry berries!” Again: This is a movie ostensibly for children!

+ Why is the entire personality of the squirrel Kevin (voiced by Craig Robinson) just Donkey from Shrek? “I’m too beautiful to die” is a very Eddie Murphy line, and the movie making Kevin file “captain’s logs”—are Star Trek references really big with kids these days?

+ Why are Dolittle’s eventual apprentice Stubbins (Harry Collett) and representative of the monarchy Lady Rose (Carmel Laniado) smiling gleefully when Dolittle is conducting surgery on Kevin, after giving the squirrel mouth to mouth? Dolittle just said he hasn’t done any medical procedures in years. Shouldn’t y’all be more worried about the safety of this animal?

+ At one point Stubbins says of Dolittle in an expositional line of dialogue, “He’s understanding them in their own languages.” But the animals also all understand each other. So does every animal have their own language that they all understand and that Dolittle also understands, or are the animals just speaking one shared language, that Dolittle understands? The movie goes back and forth about this, and it’s very inconsistent! Ahem! If there is anything I demand from this film, it is consistency!

+ The sassy duck Dab-Dab voiced by Octavia Spencer says, “Do you understand the words coming out of my bill?” That’s just copying Chris Tucker, right? I’m not going crazy here?

+ I cannot find the name of the octopus character, but this octopus that lives in a tank in the bedroom of the queen of England says to Dolittle, “Snitches get stitches, man.” Really? I cannot think of an animal who is less in danger than this one! It is protected and secluded! Is this octopus really worrying about other animals waging a revolution against the pets of the monarchy or something? (Note to self: I would have probably enjoyed that movie more.)

+ This movie has Lady Rose say to Stubbins, before she later kisses him, “I do so admire how you don’t give up.” OK, but neither did Lady Rose herself! She went against the orders of Lord Thomas Badgley (Jim Broadbent) and Dr. Blair Müdfly (Michael Sheen), both of whom were plotting to assassinate the queen, to find Dolittle and bring him back to the palace! This movie can’t throw this girl some attention?

+ When the macaw Poly (voiced by Emma Thompson) says to Dolittle of his dead wife, “I brought you Lily just when you needed her,” that was weirdly belittling, right? So even in death, that character (Kasia Smutniak), supposedly one of the most accomplished adventurers of that time, doesn’t have any agency? Goddamn!

+ Did anyone else think that Stubbins would be revealed to be Dolittle’s long-lost son? His unimpressed uncle mentions to his wife that her sister—no longer in the picture—basically abandoned Stubbins. The boy stares a little too long at Lily’s journal when they get to that pirate island, and King Rassouli (Antonio Banderas, the only one here seemingly having a good time) immediately accepts him into the family. Stubbins can, with barely any work at all, understand the animals after only a few days—much like how Ron Weasley all of a sudden could speak Parseltongue in Harry Potter and the Deathly Hallows. I wouldn’t be at all surprised to learn that a version of this script included that Stubbins-is-a-Dolittle reveal.

+ After Michael Sheen’s Dr. Müdfly sinks Dolittle’s ship, all the animals have an extended conversation about what the term “ironic” means. Again: Why would children care about this? Related: Do we think this is enough copying for Alanis Morissette to sue?

+ Michael Sheen’s character, in a post-credits scene, is sort of revealed as being a vampire now? Is Dolittle actually a low-key Twilight crossover film? Someone alert our very own Kate Hudson! 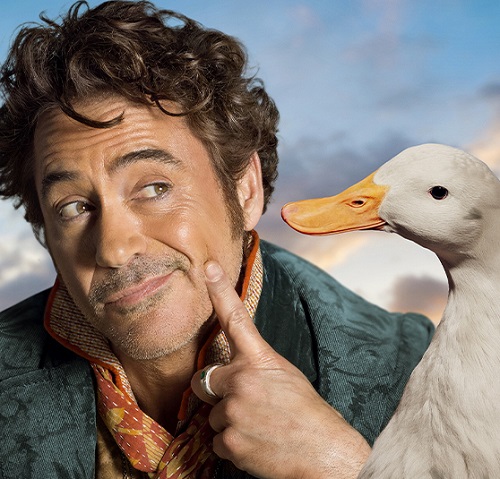 + And, most importantly: What came first in this script, the fact that Dab-Dab can’t tell vegetables apart from medical tools—meaning that she keeps handing Dolittle celery when he asks for specific devices—or the “emergency extraction of the colon” that Dolittle decides to perform on a cranky dragon (voiced by Frances de la Tour)? Dolittle starts the procedure by shoving a leek up the dragon’s butt, a leek that Dab-Dab mistakenly brought along instead of a bag of tools. That stretches the dragon’s asshole enough, I guess, that Dolittle starts pulling out armor and bones, releasing a gigantic fart that the other animals say they can “taste,” and then he finally removes a gigantic set of bagpipes. Excuse me, but who on this mysterious, unreachable island was playing bagpipes?

And when this movie was being scripted, and during its extensive rewrites and reshoots, what was the motivation behind this idea? Was the humor supposed to be that Dolittle keeps relying on animals who clearly aren’t medically trained? Or that this dragon has been eating humans for years? Or was it the fart, I guess? I can’t tell! I don’t know! But imagine all the people involved with Dolittle who chose to willingly sign off not only a $175 million budget, but also on a script whose climax is utterly reliant on the constipation problems of a magical creature whose whimsical nature is then destroyed for the audience by its repellent flatulence. I don’t know, guys. I think movies might be bad now? I think Dolittle might be the cinematic fart that breaks us all! 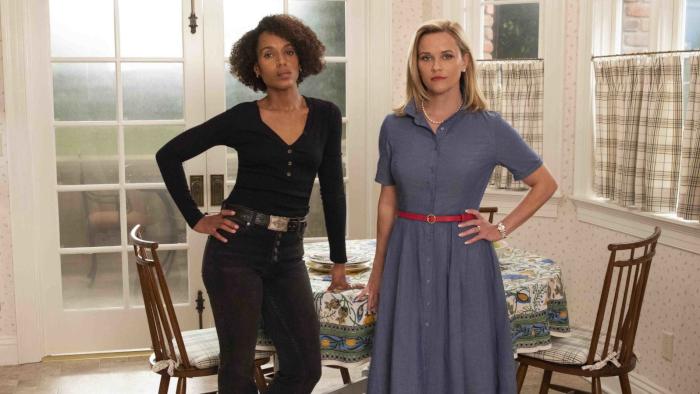