Some truly stupendous talent is coming together for The Turning, a spooky modern adaptation of Henry James’ 1898 novella The Turn of the Screw. The Conjuring’s screenwriters Chad Hayes and Carey W. Hayes team with The Handmaid’s Tale helmer Floria Sigismondi and a cast that includes Always Shine’s Mackenzie Davis, Stranger Things’s Finn Wolfhard, and The Florida Project’s Brooklynn Prince.

Get a hint at the haunts in store with the film’s new trailer:

Here’s the official plot synopsis for The Turning.

For more than 100 years, a deeply haunting tale has been passed down to terrify audiences. Next January, DreamWorks Pictures’ The Turning takes us to a mysterious estate in the Maine countryside, where newly appointed nanny Kate (Davis) is charged with the care of two disturbed orphans, Flora (Prince) and Miles (Wolfhard). Quickly though, she discovers that both the children and the house are harboring dark secrets and things may not be as they appear. 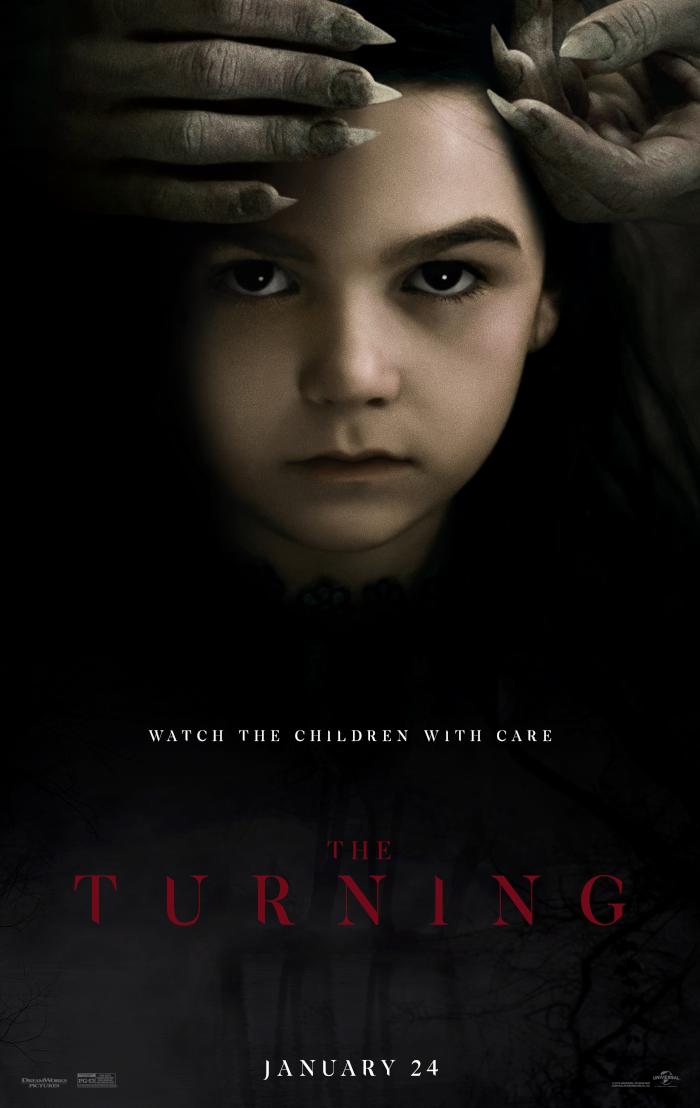 The Turning opens in theaters on January 24.

← Tarantulas Crawling Across San Francisco While Fish Species That Can Survive on Land Found in Georgia | Recap: 'Riverdale' Suitably Honors the Memory of Luke Perry In Its Season Premiere →