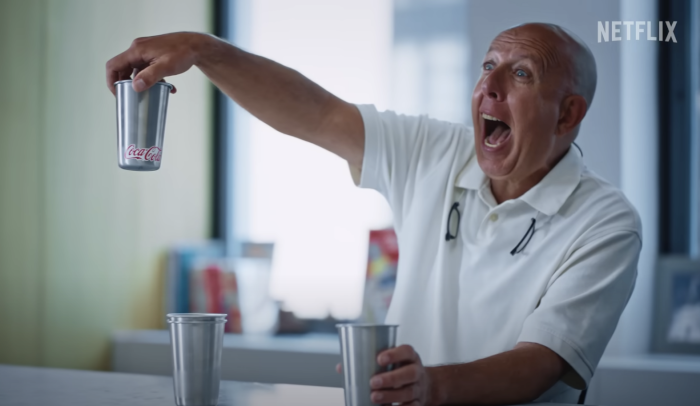 The Trailer for Netflix's 'Pepsi, Where's My Jet?' Documentary Is Stark Raving Mad

Netflix was clearly inspired by the success of HBO’s McDonald’s Monopoly sweepstakes documentary, McMillions, because there’s really no other reason to produce a documentary about the Pepsi points sweepstakes but for the fact that we will all watch it. These docs are like VHI1’s I Love the ’90s, except for brands. And this one? Unhinged!

I vaguely remember this, but way back in the ’90s, Pepsi had points sweepstakes allowing consumers to buy Pepsi, collect points, and exchange those points for prizes. They advertised this promotion heavily and included one prize, in jest: For 7,000,000 points, you could get a Harrier Jet. Some young man thought, “You know what? I’m gonna figure out how to collect 7 million points and get me a jet!”

And so began the journey to 7 million points that would eventually lead to a law suit that weirdly also involved Michael Avenatti. Somehow Cindy Crawford is in this, too, and her footage is not from the ’90s, but she looks the exact same.

Pepsi, Where’s My Jet? premieres on Netflix on November 17th. Mark me down.


← A Mortified Valerie Bertinelli Reacts to that Matthew Perry Story | Gisele Bündchen Doesn't Want a Loser for a Husband, Will File for Divorce Today →