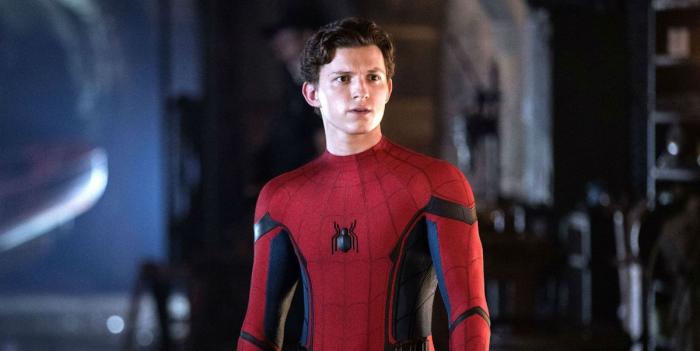 The Third Spider-Man Film Gets a Title, and Tom Holland Won't Be Able to Spoil It

There’s a lot of speculation about the third Spider-Man film, most of it concerning the multiverse and the return of Andrew Garfield and Tobey Maguire and various other characters from previous incarnations of the Spider-Man franchise.

There’s only one thing, however, that we know for sure, and that is the title of the third Tom Holland Spider-Man flick, which is currently shooting. It will be called Spider-Man: No Way Home, and Tom Holland will not be able to spoil it.

This, we can confirm. #SpiderManNoWayHome only in movie theaters this Christmas. pic.twitter.com/kCeI8Vgkdm

The film’s release date is set for December 17, 2021, which is obviously probably not going to happen.


← Watch the Trailer for Hulu's 'Kid90,' Soleil Moon Frye's Doc on '90s Child Actors | 'Superman & Lois' Series Premiere: What Are You Going To Do When You're Not Saving The World? →