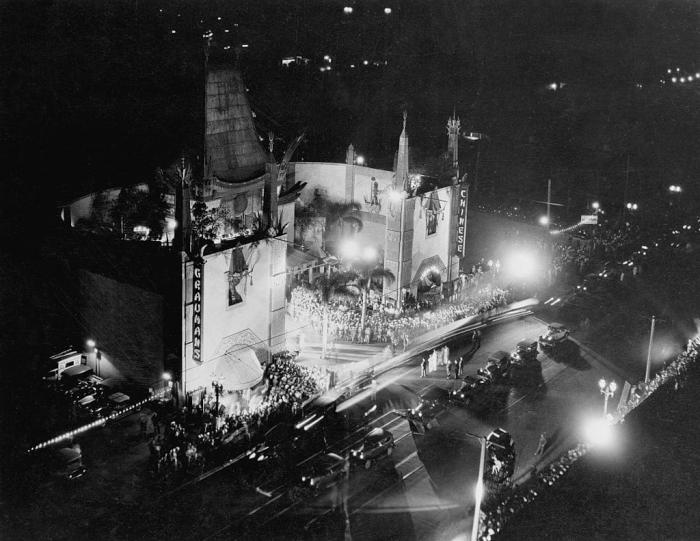 The Paramount Laws Are At Risk And This Should Terrify You

In 1948, the United States Supreme Court accepted the case of United States v. Paramount Pictures, Inc., also known as the Hollywood Antitrust Case of 1948 or the Paramount Decision. This landmark case ruled 7-1 in the government’s favor, as they argued successfully that the Big Five studios (Paramount, MGM, Warner Bros. 20th Century Fox, and RKO Pictures), as well as smaller ones like United Artists, could not block-book features in the theaters they owned. At the time, the most common method of film distribution was through this system of studios charging low rents to exhibitors that they owned, either partly or outright. By 1945, the studios owned either partially or outright 17% of the theaters in the country, accounting for 45% of the film-rental revenue. The Paramount Decision forced theaters to sell off their theaters, which essentially ended the old studio system in Hollywood and allowed for an increase in independent producers and studios. These laws have been in effect for over 50 years now and remain key in decisions relating to desired vertical integration, wherein one company has total ownership over the supply chain. A studio makes a film then ensures the only place audiences can see it is in theaters they own.

The Paramount laws have been crucial in ensuring that Hollywood, even as it devolves into ever-immense media monopolies with little to no government accountability, retains a modicum of fairness for consumers. That may soon go out the window, sadly. In a speech given to the American Bar Association, Assistant Attorney General Makan Delrahim of the U.S. Department of Justice said that their Antitrust Division was moving to terminate the laws, ‘except for a two-year sunset period on the bans on block booking and circuit dealing.’ Delrahim said, ‘We have determined that the decrees, as they are, no longer serve the public interest, because the horizontal conspiracy — the original violation animating the decrees — has been stopped.’ Delrahim, a Trump supporter who previously said that a monopoly is legal as long as it does not abuse its monopoly power, has previously taken action to block potentially abusive monopolies. He filed a lawsuit to try and block AT&T’s acquisition of Time Warner, so he’s clearly aware of the changing landscape and its potential dangers on some level. That’s why I have such a hard time accepting his claim that the Paramount laws are not needed today or do not serve the public interest. One only has to take a brief glance at the current media landscape to know that’s flagrantly untrue.

We’ve talked a lot on this site about the growing force of entertainment conglomerates like The Walt Disney Company, WarnerMedia, and NBCUniversal. This has become particularly evident in recent times as the streaming service wars heat up and multi-billion dollar acquisitions become the norm. In November alone, we saw the massive launch of Disney+, right around the same time reports emerged that the company was no longer allowing local and independent theaters the opportunity to screen classic Fox movies. There may be more ‘content’ than ever and a greater number of ways to view it but that does not mean audiences have been given more democratic options. Streaming services are now replicating old cable package models with an eye towards tiered pricing that will force customers to pay more to access the films and series they love. The desired model for these companies is to ensure audiences who want to watch a certain property must subscribe to the service operated by the company that owns those titles. Friends goes to HBO Max because it’s owned by Warner Bros. The Office heads to Peacock, courtesy of NBCUniversal. The Simpsons was acquired by Disney as part of their Fox merger, and significant portions of that show’s 30-year history are now exclusive to Disney+.

The insidious reach of these corporate powers in distribution circles has been obvious for some time now. Disney is one of the biggest strong-arming forces of a model that evokes much of the pre-Paramount Decisions days without ever stepping into the business of owning theaters. They enforce extremely limiting rules upon theaters, be they multiplexes or independent venues, before they can screen a Disney film: With a film like Star Wars: The Last Jedi, Disney demanded a 65% cut of domestic ticket sales, a slap in the face compared to the typical minimum of 55%. They also put in place a four-week hold for each venue. Anyone who disobeyed received a 5% penalty and risked losing access to future Disney titles. That’s an impossible business model even for the biggest chains but imagine being a two-screen arthouse cinema in a mid-sized town, knowing your business model and ability to support independent film is reliant on the sliver of profit made from Disney titles. These demands and Disney’s unignorable domination of the box office create a system where Disney films overwhelmingly populate cinemas all year round and force out competition. How would that improve if the Paramount laws are struck down? It only opens the door to further success for the House of Mouse and not much else.

It’s not as if studios don’t currently own theaters either. Netflix recently made headlines by announcing plans to purchase Hollywood’s historic Egyptian Theater, and they’ve won over many film fans by resurrecting New York’s Paris Theater for screenings of Marriage Story. This decision raised a few eyebrows with those familiar with the Paramount laws but Netflix seemed to get away with it because it’s one venue and would probably be used more to showcase potential awards season favorites.

Of course, their potential and desired reach could easily expand in the future. Ultimately, we all know who would benefit from the striking down of this law and it’s not the scrappy indie underdogs of the business. Disney has always done well when the law is lenient in terms of corporate oversight, copyright, and labor rights. Vertical integration has always been their desired endgame, something that’s been obvious from the moment they went acquisition crazy. It’s highly unlikely this will lead to decreased costs for the consumer, as many pro-corporate talking-heads claim. Control the theaters and you control the price point.

Truthfully, Disney has been skirting the lines of ethicality with its business and distribution tactics for a long time now. Getting rid of the Paramount laws will simply open the door a little wider for them to continue doing what they’ve mastered for decades. The sad thing is a lot of people will cheer them on in this endeavor. Just look at how wholly dedicated so many fans are not only to Disney properties but the brand itself, to the point where they position the company as the beleaguered underdog in the face of the elite bullies of cinema such as Martin Scorsese. For the average cinemagoer, who watches six or seven films a year in the theater that are mostly family movies or blockbusters, Disney has them hook, line, and sinker for every suspect decision they make. The Paramount Decision exists to ensure a safer and more level playing field, but even with them in place, fairness hasn’t been the name of the game here for many years.