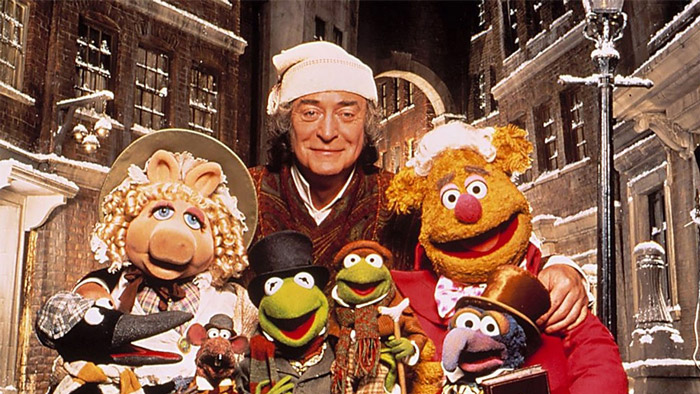 'The Muppet Christmas Carol' Can Be Made Whole Again, But Will Disney+ Do It?

There’s no question that the greatest holiday movie of all time is The Muppet Christmas Carol. Kermit and company re-imagined the classic tale by Charles Dickens as a furry and frenzied adventure, centered around a perfectly curmudgeonly Michael Caine. However, die-hard fans of this festive film know there’s more to it than what magic graced cinemas in 1992. Finally, the full cut of The Muppet Christmas Carol can be restored. But it’s unclear if Disney will dare.

BBC reports long-lost footage of the cut musical number “When Love Is Gone” has been found!

The song occurs in the section of the film where Scrooge visits his past and sees the young man version of himself rejected by his lady love, Belle (Meredith Braun). She claims, he’s become too concerned about money and has no love left for her. However, Disney exec Jeffrey Katzenberg wanted to cut the song, maintaining it was too “sophisticated emotionally” for children.

Director Brian Henson battled for the preservation of the song, arguing it was the counterpoint and set up for the finale song, “The Love We Found.” Sadly, it was to no avail. “When Love Is Gone”— and Braun’s big moment—was cut for the film’s theatrical release in 1992.

Henson said he’d agreed to the cut, under the condition the song would be restored for home entertainment releases. So it was for the 1993 VHS release, which is why you might remember it and why it can be found online:

Over the years, the song appeared in some versions of DVD releases, but the original footage went missing. Then, when a 4K Blu-ray remaster was being prepared, Henson was met with a pleasant surprise.

“I was so excited. They actually hid it,” he told Radio 2, “So I went down and they said: ‘But before we show it to you, we’ve got something else we want to show you’. And they put up reel four of Christmas Carol with “When Love Is Gone.” I was like, ‘No, you did not!’ and they said, ‘Yes we did! We found it!’ I was so happy, I was so happy.”

This means the 4K remaster will boast the full film, fully restored. However, the version currently on Disney+ is the theatrical cut, sans love song. Savvy viewers can find it if they go into “extras” on the title page, where it can be found as “deleted song.” At present, it’s unclear if Disney has any plans to substitute the theatrical cut with the full, director-preferred cut. Henson doesn’t know, but noted, “They can do it but they are going to have to scramble to do it in time (for Christmas).”

Disney has not yet responded to a request from the BBC about their Mupppet Christmas Carol plans.

Which version of The Muppet Christmas Carol would you prefer to watch this season?

← 'Your Honor' Premieres, 'Big Mouth' Returns, And More 'The Mandalorian' On Podjiba! | Johnny Depp Is a Garbage Human →