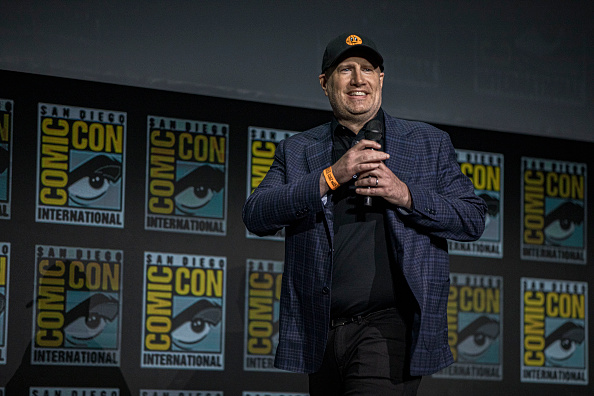 The MCU Dump: What the Marvel Universe Looks Like Through 2025

For those of you who didn’t breathlessly follow every MCU announcement to come out of Comic-Con over the weekend, well, there were a lot of new titles announced (a lot). The sheer number of them will either excite you or exhaust you or — if you’re like me — a combination of the two.

Personally, I’m feeling a little burnout, but, if there’s one thing that could reenergize my enthusiasm for the MCU, it was that Black Panther II Wakanda Forever trailer. They also announced that Wakanda Forever would be the end of Phase 4 of the MCU, although it all feels somewhat arbitrary, particularly given how little a throughline there was for Phase 4. Phase 4 also has She-Hulk remaining on the television side, and they released a new trailer, which suggests the series will be a full-fledged comedy. I’m excited for the change of genre, although I’d have personally liked to have seen a genuine Marvel legal procedural here, like Law & Order: She Hulk.

Meanwhile, phase 5 will kick off with Ant Man and the Wasp: Quantumania in early 2023 and will be followed — on the movie side — by the third and final Guardians of the Galaxy film, The Marvels, Blade with Mahershala Ali (in November 2023), Captain America: New World Order, and Thunderbolts, the MCU’s answer to Suicide Squad.

On the TV side, Phase 5 will feature Secret Invasion (a conspiracy theory series with Nick Fury and Maria Hill), Echo (the Hawkeye spin-off), season 2 of Loki, Ironheart, the Wandavision follow-up, Agatha: Coven of Chaos, and Daredevil: Born Again (an 18-episodes series with Charlie Cox and Vincent D’Onofrio reprising their roles).

Looking ahead to Phase 6 (which will kick off in 2025), there will be a Fantastic Four movie and two Avengers films, which will be released six months apart from one another (in May and November): Avengers: The Kang Dynasty and Avengers: Secret Wars. Phase 6 will then conclude the 4-6 phase known as “The Multiverse Saga.”

If you prefer graphics, here’s a quick look at Phase 5 and Phase 6, so far:

Here's Phase 5 of the MCU pic.twitter.com/7Gts6fsKAz

← Whose Black Panther Butt Is in 'Wakanda Forever' Trailer? | The Most Legitimately Exciting Trailer to Come Out of Comic-Con This Weekend →