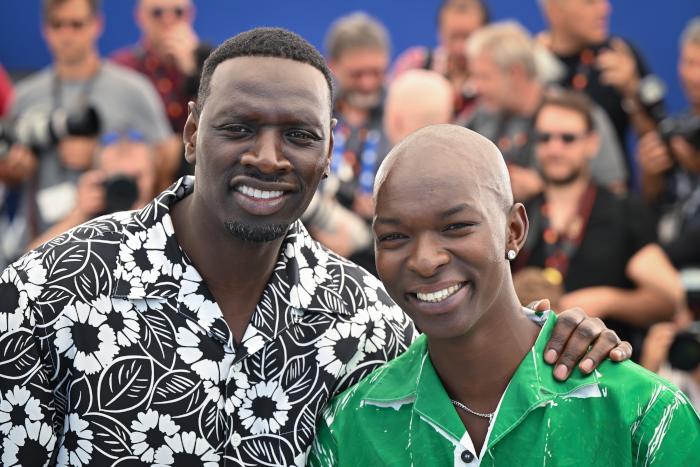 Just like Sidney Poitier, Denzel Washington, or Will Smith, Omar Sy is in the strange position of being one of the most popular actors in his country, all of them Black men from countries that have struggled (and mostly failed) at facing their own structures of racism. In Omar’s case, he is probably the first Black male French star of Movie and TV, and probably the biggest French star on a global scale, thanks to Lupin and the success of The Intouchables (which was the most successful movie not in English until the explosion of the Chinese box office). Just like said American Black superstars, Omar has the socially imposed burden of having to code-switch between the protocols of acceptability (his once-in-a-generation charm) vs. the radicality that is representing and standing up for People of Color in France. Moreover, he is a Muslim man. With all that on his back, there’s so much slack we should be willing to cut him if he said or did something stupid.

But Omar Sy hasn’t done anything wrong. All to the contrary.

He is currently promoting Tirailleurs (titled Father & Soldier in Anglo markets), about the 200,000 or more soldiers drafted (mostly by force) from France’s Sub-Saharan Colonies during the World War I, with the fickle promise of being French Citizenry. Sy portrays a father who enlists after his son is forcefully conscripted.

In an interview for Le Parisien, he was asked about his views on war and the War in Ukraine. His answer, to quote from The Guardian’s and Deadline’s translations, was as thought-provoking as it was nuanced:

“A war is the sinking of humanity even when it is at the other end of the world. It reminds us that man is capable of invading, of attacking civilians, children. We have the impression that it was only when Ukraine happened that we realized this … but guys, I’ve seen this since I was a kid. When it’s far away, you say to yourself, well over there, they’re savages, we don’t do things like that,” he said.

“Does it mean that when it’s in Africa, it touches you less… I feel equally threatened, whether it’s in Iran or Ukraine.”

I think every European Person of Color felt it in their bones, to see how millions of Ukrainian refugees were, righteously welcomed with open arms by the most openly racist of all Europeans countries like Poland, Romania, Slovenia or Hungary, while a similar flow of refugees from Syria, the overwhelming majority from communities that would be happy to integrate (whatever that is), was deemed an existential threat that has basically helped bring fascism back. That whatever they tried, that however many generations had they lived in Europe, they will never be fully Europeans. Never white enough. Hell, not even for the most white-passing of Arabas, Kurds, or Pashto. Omar Sy, using his platform and position, kindly reminded his fellow French people and Europeans that this is always happening, that we, in the Western Media, are transparently selective in how we frame humanitarian disasters, reduced to a simple body equivalence: 1 American equals 2 Western Europeans equals 8 Eastern Europeans equals 40 South Americans equals 200 Middle Eastern people, etc. Coincidentally, the horror in the Middle East, the horror in Eastern Europe, and the horror of the West African all stems, almost directly, from the horror of World War I, with Empires drafting their colonial subjects to fight for their own occupiers.

Those are not the kind of things that Europeans like to be reminded about. As you might imagine, Omar Sy’s words were distorted by the French far-right. But it was actually one of the very enlightened Centrist who opened the first salvo, with MEP and Macron ally Nathalie Loiseau criticizing Sy for not respecting the French Military fallen in their interventions over the Sahel region, because … something, something, the ultimate sacrifice. The kings of manufactroversy, taking a page from their counterparts in the United Kingdom, fueled the fire, summing up Sy’ in one word: He is just being ungrateful. Right-wing pundits in France straight-up said it like that.

Omar Sy, not surprised by this reaction, stood by his words on the popular talk show Quotidien and called the manufactured outrage for what it was: The racism of people that can’t accept he is a French man too, that he is now, by his talent and popularity, indelibly tied to French Culture and identity. You might not understand what he’s saying in this clip, but his non-verbal language will say it all: “Too late, I’m French”.

I want to believe that white French people will come to realize that it is they who are being ungrateful to their BIPOC communities and the former Colonies where they usually come from. But at the very least, I hope they are able to realize that Omar Sy is doing exactly what they believe is in their National character: Clear and pointed rhetoric, well-informed points, passion, and a no-fucks-given attitude.


← 'The Walking Dead' Universe Might Finally Be Coming to an End | Christ, Why Do We Keep Pretending That the Golden Globes are Still a Thing? →