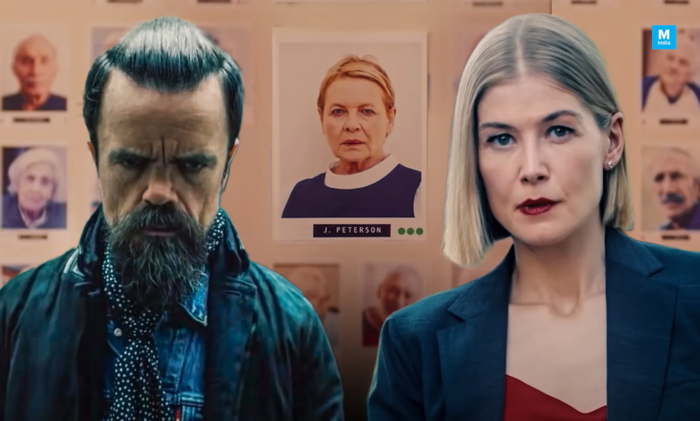 February Streaming Guide: The 21 Movies and TV Shows to Watch

The Pembrokeshire Murders, Britbox — If you’re wondering where Luke Evans got off to, clearly you didn’t watch The Alienist. He’s also in a new Britbox series about the investigation into the Pembrokeshire Murders, which were eventually attributed to serial killer John Cooper, who was captured in part because of a 1989 episode of a game show called Bullseye.

Firefly Lane, Netflix — Starring Katherine Heigl and Sarah Chalke(!), this is probably the biggest new show coming out in February (it’s a lean month). I don’t actually know that much about it, except that it comes from Maggie Friedman (Eastwick), it’s based on a novel of the same name, Heigl and Chalke will be playing both younger and older versions of themselves, and it’s very soapy.

Malcolm & Marie, Netflix — John David Washington and Zendaya star in this flick from Euphoria creator Sam Levinson. Reviews have not been kind, and it looks like pretentious twaddle.

The Snoopy Show, Apple TV+ — It looks decent enough, y’all, but I just don’t think there’s a ton of interest in Snoopy anymore.

Earwig and the Witch, HBO Max — There’s every reason to be excited about a new Studio Ghibli project, although this one has elicited some backlash over the departure from its signature animation style. I’m gonna trust Ghibli on this, though, because it looks great.

Bliss, Prime — This movie looks kind of intriguing. “An unfulfilled man (Owen Wilson) and a mysterious woman (Salma Hayek) believe they are living in a simulated reality, but when their newfound ‘Bliss’ world begins to bleed into the ‘ugly’ world they must decide what’s real and where they truly belong.”

Nadiya Bakes, Netflix — An eight-part cookery series from Nadiya Hussain, who everyone seems to think is the greatest winner ever of The Great British Bake-Off.

To All the Boys: Always and Forever, Netflix — The third installment of the To All the Boys franchise starring Lana Condor and the Ruffalo looking kid, Noah Centineo.

Judas and the Black Messiah, HBO Max — Another of the bounty of Warner Brothers/HBO Max releases, this one stars Daniel Kaluuya, Lakeith Stanfield, Jesse Plemons, Dominique Fishback, Ashton Sanders, and Martin Sheen. From Shaka King, it’s about the betrayal of Fred Hampton, chairman of the Black Panther Party in the late 1960s, at the hands of William O’Neal, and it looks fantastic.

The Map of Tiny Perfect Things, Prime — Groundhog Day, but with teens.

Behind Her Eyes, Netflix — A story of a love triangle that evolves into “a dark, psychological tale of suspense and twisted revelations.” Sounds intriguing, and I love Eve Hewson (even if her dad is Bono).

It’s a Sin, HBO Max — This is another one of those British mini-series imported to America because of the dearth of content. This one is about the AIDS epidemic, and it comes from Russell T. Davies, the best Doctor Who showrunner. It stars Keeley Hawes, Neil Patrick Harris, and Stephen Fry, among others.

I Care a Lot, Netflix — Rosamund Pike, Peter Dinklage, and Kayleigh loved this one coming out of TIFF. This along with Black Messiah are the must-watch movies of the month.

For All Mankind, Apple TV+ — I finally got around to watching the first season of this last month, and I loved it. It’s easily the best of the recent astronaut-themed shows on the streamers.

Nomadland, Hulu — The pandemic sucks, and I miss the movie theaters terribly, but I don’t hate being able to see an Oscar frontrunner on Hulu before the nominations are even announced. It’s basically the only reason to subscribe to Hulu this month, but it looks worth it.

Beartown, HBO Max — HBO brought over the Swedish series based on my favorite book of the last five years from my favorite current author, Fredrik Backman. I loved this novel — sort of a Friday Night Lights with hockey, only there is also a sexual assault at the center of this story. In FNL terms, it’s basically what would happen if Riggins sexually assaulted Julie, and Coach Taylor had to suspend the best player on his team in a small town that prized hockey above all else. I’m very interested to see how this comes out in television form.

Ginny & Georgia, Netflix — It looks like a new generation of Gilmore Girls that’s been filtered through the Lifetime movie lens.

Tom and Jerry, HBO Max — The nice thing about these Warner Brothers movies debuting on HBO first is that I don’t have to take my kids to see them. They can watch them without me!

The United States vs. Billie Holiday, Hulu — I stand corrected. This is the other reason — in addition to Nomadland — to subscribe to Hulu this month.

← 'Saved by the Bell' Star Dustin Diamond Has Died at 44 | Review: Visually Enchanting 'The Dig' Ironically Fails to Dig Deeper →