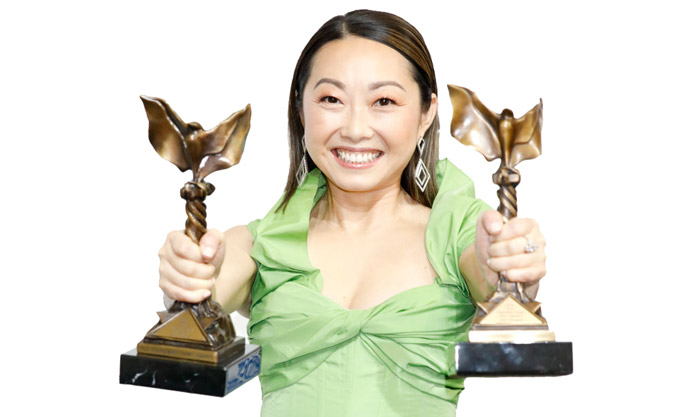 Ron Howard has directed a long line of biopics and historical dramas, including Apollo 13, A Beautiful Mind, Rush, In the Heart Of The Sea, Cinderella Man, and Frost/Nixon. So he might seem a natural choice for directing the adaptation of Journey of a Thousand Miles, the memoir of Chinese classical pianist Lang Lang. However, acclaimed writer/director Lulu Wang takes issue with this hiring news.

As a classically-trained pianist born in China, I believe it's impossible to tell Lang Lang's story without an intimate understanding of Chinese culture + the impact of the Cultural Revolution on artists & intellectuals + the effects of Western imperialism. Just saying.🧐 https://t.co/63B14TCsRB

Yes, Howard has a history of helming critically heralded biopics. Yet all of those films center on white men. Therefore, Wang understandably wonders if Howard has the cultural understanding required to aptly translate Lang’s story to the big screen.

Chinese-American filmmaker Wang came to fame by sharing her own family’s story of culture clash with The Farewell. However, she notes she is not campaigning for the helm of the Lang biopic.

I'm not saying this because I want to direct this movie. I do not. I just don't think these are the artists to grapple w/ the cultural specificities of Northeast China where Lang Lang (and my family) are from. Or w/ the cultural aspect of the physical violence in his upbringing.

Instead, she asks producers to consider what it means for their movies when they choose directors who are not a part of the culture represented in a given film. As an example, she offers Disney’s live-action remake of Mulan, where New Zealander Niki Caro helmed the adventure inspired by Chinese legend.

Have we learned NOTHING from Mulan? I haven't said anything because yes representation and many people I love are involved, but I just have to. Just HAVE to. Because 2020 man… and I'm fucking exhausted.

Mulan has received mixed reviews stateside, some of which condemned the film’s representation of Chinese culture. Asian-American film critic Walter Chaw wrote in his review at Film Freak Central:

When I watch things like Niki Caro’s Mulan, I see in it the way white Americans see me: accented, mystical, bound, some would say hobbled, by notions of honour, drowned in centuries of arcane history and hipster appropriations of ancient concepts like ‘chi,’ for instance, kung fu for another. I am seen, if I am seen, by white Americans as this collection of half-formed impressions and the vague notion of ineffable otherness. Mulan confirms that I am not like you and never will be, and the pain of it makes it difficult for me to watch.

On Twitter, film fans debated Lang’s thread. One user suggested filmmakers should not be constrained to only represent the culture in which they were raised.

Remember Ang Lee? He directed many movies from cultural perspectives other than his. And he won an Oscar. He directed Pride and Prejudice, and it was beautiful. If you want to direct a Chinese biopic, go do it. Don’t make a lot of noise out of nothing. And yes, I’m also Chinese.

Others noted that Hollywood films that make inclusivity only screen-deep do not go far enough.

Thank you so much for speaking out on this. I am so tired of trying to balance being happy that we are getting some representation in media with the immense disappointment of that only being on the condition that it’s controlled by white folk.

Exactly. It’s exhausting trying to prove how capable us poc (especially woc) filmmakers are when we just end up getting shot down in favor of white contemporaries.

This issue goes beyond the director’s seat. As one user pointed out, the screenplay of Journey of a Thousand Miles is being adapted by married screenwriters, Michele Mulroney and Kieran Mulroney.

Thankfully I’m sure the writers will be able to provide the deep cultural knowledge that Ron lacks pic.twitter.com/tVVxCRvhQS

At time of posting, Ron Howard has not responded to Wang’s comments.