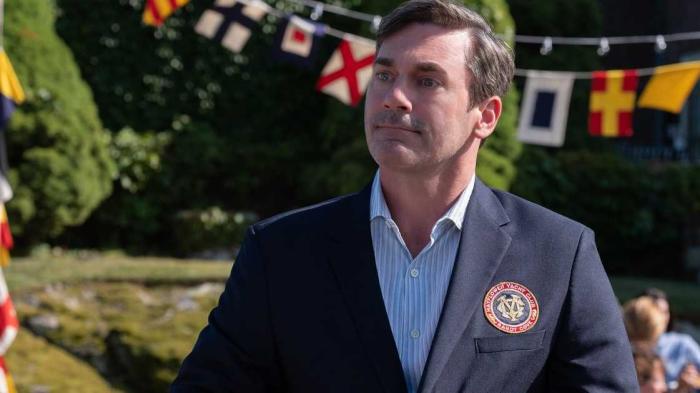 The Death of Theatrically Released Comedy: Exhibit A, 'Confess, Fletch'

If you look at the top 50 films of 2022, there’s exactly one live-action scripted comedy among them, Easter Sunday at number 45, with $13 million (this excludes the romantic-comedy, Marry Me, and the adventure-comedy, The Lost City). There were zero straight comedies in the top 50 last year. During the 2020 year of COVID, there was one family comedy in the top 50 (War with Grandpa, which earned a meager $18 million), one in the top 50 in 2019 (Good Boys), and only three in 2018 (Game Night, Night School, and Blockers, which — along with Booksmart, is probably my favorite comedy in years).

The theatrical comedy is dead, and it was in its last throes even before the pandemic. I don’t want to pinpoint the exact moment when the theatrical comedy died, but I always think of 2017’s Rough Night, a decent 2017 comedy that underperformed at the box office despite the star power of Scarlett Johannson, Kate McKinnon, Zoe Kravitz, Jillian Bell, and Ilana Glazer. That was during a stretch of several comedy flops, including at least a couple that starred Melissa McCarthy.

If Bridesmaids were made today, it’d go straight to streaming. That’s fine. Certainly, I miss the experience of laughing with an audience during an uproarious comedy, but Kevin Hart, Adam Sandler, and Melissa McCarthy, et. al., are doing just fine on streaming (even if their collective output has been less than mediocre).

I don’t even necessarily blame the studios. Audiences didn’t show up, so the studios stopped making comedies for theatrical release. Unfortunately, there’s no indication that they’re going to be making a comeback anytime soon. To wit: Confess, Fletch. It took a while before Jon Hamm grew on me in the role, but I liked the film in spite of that, in part because it felt like a refreshing throwback to straight comedies of the ’80s and ’90s.

But even making that was a struggle, according to the director, Greg Mottola (Adventureland, Superbad). The budget was a modest $20 million, but even then, Mottola said that Jon Hamm gave back 60 percent of his salary (and Mottola gave back a portion of his) so that the film could afford an extra 3 days to shoot. It’s a fine film, it’s getting nice notices from critics, it has a recognizable star, and even a somewhat familiar IP (although I doubt there are many people under the age of 30 who know about Fletch, either from the Gregory Macdonald novels or the Chevy Chase movies).

But Confess, Fletch has completely fallen through the cracks. Mottola said that Miramax didn’t think there was an audience for the movie, and no streamer would touch it. Maybe they’re right. Confess, Fletch was released in over 500 theaters, but it made only $250,000 in its opening weekend. Granted, there was no promotion for it (other than word-of-mouth), but that’s because the studio didn’t want to risk throwing money into a well. And that bums Mottola out, as he told Mike Ryan at Uproxx:

Yeah, it makes me sad. It makes me sad about what we’re going to get to see in movie theaters. Because I have nothing against superhero movies, tent-pole films. They’re great. They’re fucking great. I just want the rest of the stuff we use to have, too. And that’s my frustration as a movie lover. And I love art house films probably more than anything. If I could get someone to give me money for one I wrote that I’d love to make, hopefully, I’ll get that distributed by an A24. But it’s just … it’s weird. It’s sort of the middle ground of Hollywood. When the blockbuster was sold out, you’d go to another screen at the multiplex and see this and go, “Oh, I’m glad I saw that.”

… I really don’t have any issue with my distributor. I think they can’t see a way around how to make that profitable as a theatrical experience, without just spending more money to buy box office. That doesn’t make sense.

It bums me out, too, because I liked Blockers and Game Night. I like comedies, and while I appreciate that they still exist on streamers, it’s not like Netflix is taking big risks. They’re largely producing algorithm-friendly comedies, which leaves scant few opportunities to see genuinely funny comedies these days.

The good news is, after it finishes its theatrical and VOD run, Confess, Fletch will roll on over to Showtime, where it may find a bigger audience.