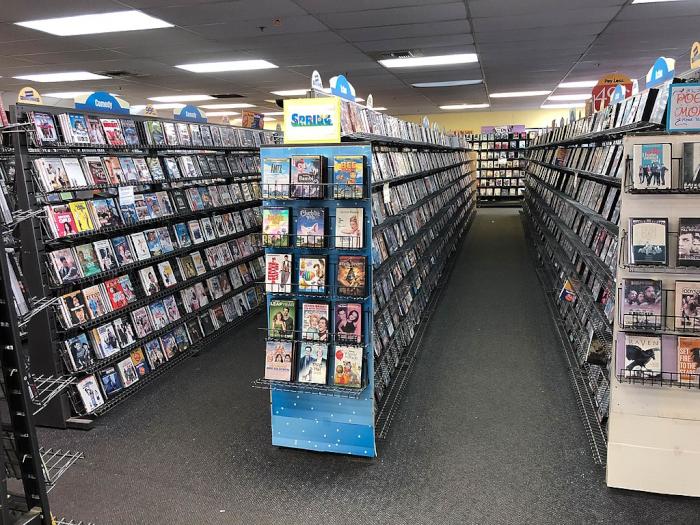 The Case for Piracy in the Age of Streaming Domination

When was the last time you pirated a movie? Be honest. Do you remember when you last cracked open a torrent site or did some deep digging on some malware-friendly sites for a decent quality video of a film you had an inkling to watch at that moment in time but couldn’t find on Netflix or in your DVD collection? I can’t claim to be innocent on this issue myself. I’ve spent many a night on dodgy sites watching anime I couldn’t locate elsewhere and hoping my parents didn’t notice how many shots of pornography advertising seemed to be bordering any random episode of Revolutionary Girl Utena. On many a visit to the Barrowlands in Glasgow, I remember my dad buying pirated movies shot on a shaky camera with the silhouettes of audience members’ heads bobbing up and down in front of the action. As a kid, I keenly remember the warnings put on videos and DVDs reminding viewers that piracy was theft, a crime that we should not accept. You wouldn’t steal a car or a handbag, after all, so why steal a movie?

We all knew it was bad. Indeed, it seemed to be the most heinous offense one could commit against art as a whole, be it via Pirate Bay or Napster or alluc. Yet everyone I knew did it in some form or another. That didn’t justify it, necessarily, but the reasons for doing so always seemed so rational. Some films were impossible to get in certain countries or hadn’t received a release in years. It’s easy to get lazy and complacent as a film fan these days, beholden to the ease of instant accessibility that streaming platforms seem to promise. I’m now in the habit of checking if a film is on Netflix even if I own it on DVD. The system won.

However, it’s clear that those claims of a new future of entertainment are simply reaffirming a status quo nobody was asking for. Multi-tiered cable packages have made way for a plethora of streaming services that each offers their own exclusives across various platforms. Media monopolies grow ever more powerful and fewer and fewer companies own greater shares of film, TV, and other pop culture of historical importance. The dream we were sold was of a utopian ideal of entertainment with endless worlds at our fingertips. What we got was ever more gatekeeping for higher prices and a streak of broken promises. As a result, piracy is threatening to make a comeback.

In a piece for Vulture, Matt Zoller Seitz detailed how Disney was quietly removing classic Fox movies from their theatrical rotation and placing them in their sizeable and near-mythic vault. The reason given was that ‘Disney considers any screen that’s taken up by an older movie, even one that’s owned by Disney, to be a screen that could be showing the new Marvel or Star Wars title instead. Or showing Orangutans 4 to an audience of three.’ Essentially, if you’re the owner of a small independent theater that does annual screenings of classic titles like The Omen or The Rocky Horror Picture Show, the chances are you won’t be able to get copies of those films for future use. Given the legendary back-catalog of Fox, one of Hollywood’s true institutions, and the popularity of said properties for local cinemas, this is a spectacular loss. It’s also indicative of yet another reason I’ve seen so much chat of piracy return to my feed.

Disney acquired Fox and an immense amount of their assets — including FX, National Geographic, and every episode of The Simpsons — for an eye-watering $71 billion. To look at the list of films they now own is to gain an insight into the very fabric of American cinema. Those titles will now be treated as Disney treats its own older titles; as exclusive items with limited access that will, as Seitz notes, be ‘mostly unavailable to for-profit theaters.’ A lot of those real hidden gems in Fox’s archive are tough enough to get a hold of in physical or streaming form as it is, and it seems hard to imagine Disney will prioritize them with their own long-term content plans. The Fox titles listed as future Disney+ exclusives is dishearteningly short and I highly doubt Bob Iger and company are excited to list old John Ford movies or All About Eve.

We have already lost so much of film history to the ravages of time, lack of archival care, freak accidents, and any number of unsolvable mysteries. A fire in a Fox film storage facility in 1937 wiped out over 75% of the studio’s pre-1930 feature films. The 2008 fire at Universal Studios Hollywood was said to have destroyed between 180 - 175,000 master tapes of some of the best-selling musicians in the world, something Universal Music Group denies. Some of the greatest films ever made, crucial parts of what made the medium so crucial in its infancy, are gone forever. The false promise of the digital age was that such risks would be near impossible. Just upload it to the internet and it is secure for endless future generations. That idea seems more laughable than ever as the sheer brute force of the media monopoly gains greater power than ever. To put it bluntly, the major studios who own the vast majority of these treasured titles don’t seem to care very much about preserving them, much less making them accessible to eager audiences.

Is it any wonder piracy suddenly seems not only incredibly enticing now but utterly necessary? Capitalism has never prioritized preservation for its own sake and there isn’t much monetary compensation to be found in archival work or the care of classic cinema. Just look at how Filmstruck was quickly disposed of for being a ‘niche service.’ If all the money can’t be made then making some of the money just isn’t good enough for venture capitalists, CEOs, or the people who refer to art as ‘content.’ When art is treated in exclusively for-profit terms by the same handful of conglomerates, the motivation to conserve and treasure what is and isn’t available to the public becomes an ever-mightier force. If Disney and company don’t care to look after these historic properties then they can’t really complain when others do and have to bypass the traditional means to do so.

The problem isn’t just that these titles aren’t readily accessible: It’s that they threaten to disappear altogether. Disney and many other studios are moving away from more traditional home releases on DVD and Blu-Ray, preferring to save such titles for streaming services, so what are the chances they’ll put their money into wide releases of older movies and series? If they don’t go on the streaming platform and don’t get printed to DVD or sent out to repertory theaters then where do they go? Do they just gather dust in some vault?

The problem is wider than my mere fears of historical preservation. The current model of theatrical exhibition is horrifically broken, beneficial only to those who possess the power. As Seitz notes, ‘even at the upper echelons of theatrical exhibition, the business is being worn down by a confluence of forces, including the relative cheapness of streaming services; shorter windows between when a movie plays theaters and when it goes to home video; more aggressive rental terms by major distributors; shoddier service (at chains, mainly) due to cost-cutting; and ticket prices, which have steadily risen with inflation over the past 40 years even though wages have remained roughly the same.’ A whole generation of viewers sees the cinema as a location only for Event movies, which are typically blockbusters of the Marvel/Star Wars/Disney variety, while smaller titles are simply something they’ll wait to see on Netflix in a few months. Add to that the shockingly high percentage of ticket grosses Disney demands from theaters and this model leaves an impossible to survive atmosphere in place for even the sturdiest of multiplexes. Small films get pushed out in favor of whatever Disney owns and they’re the only ones who win in this set-up, but those benefits are seldom reaped for anything other than the $200 million blockbuster titles derived from major IPs. Disney now has the new Terence Malick film on their slate but I doubt you’ll see them prioritize that in any truly valuable way.

I know this piece will be controversial and taken in ways I do not intend it to be so let me clear up a few things: I do not advocate a no-holds-barred approach to piracy. I have no time for your mealy-mouthed excuse for what you just had to download that new book that was $4 on Amazon or available at your local library. Spare me your claims that you’re a true film fan and that’s why you couldn’t wait a few months for The Lighthouse to get a release in your country. It is hard enough to make money as an artist in this world without having to contend with the bad faith crowd who think they’re entitled to free stuff. When I discuss piracy in a sympathetic vein in this particular context, I am talking about its growing necessity as an archival tool in the face of a smothering media monopoly whose own restrictive policies are crushing the socio-historical importance of art. Who loses when someone decides to look online for that 1940s noir title that’s not available on DVD anymore because the copyright owner has no future plans for it (this is a matter that becomes all the more tangled when you remember which company played an intrinsic role in screwing with the public domain for decades.)

There are no easy answers to this conundrum. To talk about piracy is to take on the unimaginable weight of so many other issues we seldom discuss, from the wider criminal networks tied to such sites to the decreasing value we place on artists and their work to the intersections between government and business. I don’t have any answers to the endless questions I’ve pondered since this issue came to the forefront of my mind. All I know is this: Companies like Disney who hoard their content for no reason other than because they can shouldn’t be too surprised when enterprising fans decide to crack open the vaults through whatever means necessary.

← No Worries, Just a Dog Successfully Playing Jenga, That's All | Whoopi Goldberg Kicked Donald Trump Jr. off of 'The View' →