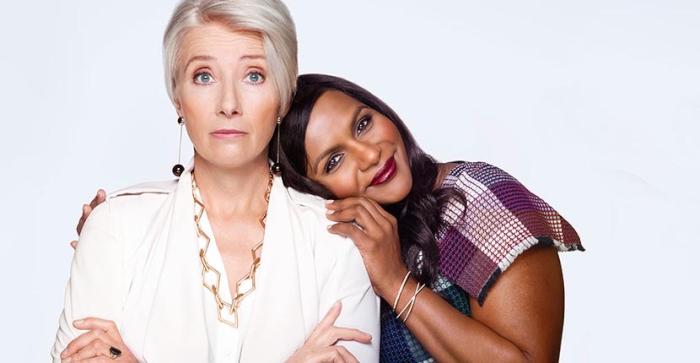 The Best Comfort Movies of 2019

I love award-winning films — our Best of the Year list comes out tomorrow, and all ten films blew me away (OK, nine out of ten). I am a big fan of superhero films, and horror movies are my favorite movies to see in theaters, and I love a good mystery or spy thriller or hipster indie flick or pretty much any genre of film that does not include Terrence Malick (blech). But really, if I could only watch one kind of film exclusively, it’s always gonna be the comfort film, The Princess Bride or Ferris Bueller, Paddington or Sing Street, the movie you watch on the couch with your date or in a pile with your family. More than anything, I love a funny, sweet, romantic, or feel-good film with a little bit of formula, a crowd-pleaser that you can rewatch over and over again when you’re sick or feeling blue or on a rainy day.

We have listed our worst films of the year, our favorite arthouse flicks, and some festival favorites, too. Tomorrow, we’ll have our Best of 2019 (my favorite comfort film of the year is actually number ten on that list), but today I bring you the list that I compile every year that means the most to me. 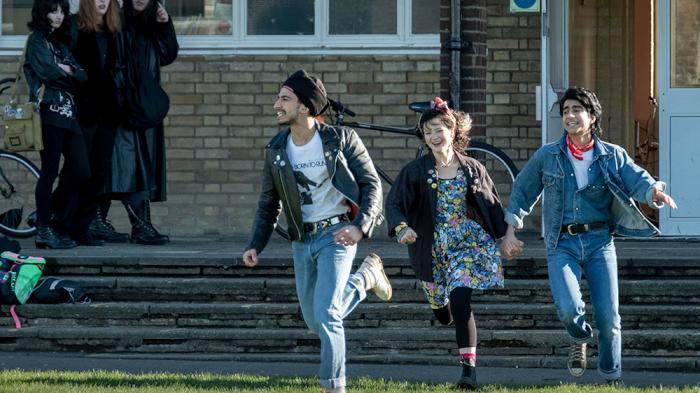 Blinded by the Light — Though clumsy in structure and skimpy on character-development, Blinded By The Light is a sensationally good time. Viveik Kalra is a captivating leading man, bringing a wide-eyed optimism to Javed that instantly makes audiences hope and fear for him. Witnessing his journey as scared boy grows into a brave man is exhilarating. But the music is the best bit, elevating every sequence in which it swells and soars. It doesn’t much matter if you’re as into Bruce as Javed is, because this deeply charming musical will make you convert to the church of Springsteen. If not because the music speaks to you personally, then because we—like Javed at the daytime rave—can see the power it possesses for another. And it’s positively rapturous! —Kristy Puchko

Rocketman — Rocketman will not play coy. From its first moments, it bursts with color, attitude, and a cheeky sense of humor. Enter Taron Egerton as Elton John, his body cinched into a radioactive-orange jumpsuit, covered in a jeweled flame print, topped with horns, set off by massive red-feathered wings, that arch high over him as he stomps down an anonymous hallway in platform boots. And of course, there’s his eccentric glasses, this pair heart-shaped with pink lenses. You might think in this extravagant getup that Elton is on his way to the stage for a sold-out stadium show. Instead, he barges into a somber room where a circle of chairs holds solemn-faced strangers. It’s an AA meeting. With that famous gap-toothed grin, the rock star confesses “I’m Elton Hercules John; and I’m an alcoholic, cocaine addict, sex addict, bulimic, shopaholic…” and the list goes on, and off we go. — KP

Dora and the Lost City of Gold — Dora and the Lost City of Gold is exactly what the “right” aged-up, live-action Dora The Explorer movie should look like. Directed by James Bobin and co-written by Nicholas Stoller (two of the minds behind 2011’s The Muppets and 2014’s Muppets Most Wanted), it’s a crystalline preservation of the indefatigable, can-do charms of the heroine, and simply inserts her into a whole new jungle: High School. Seriously, this movie is a total treat! — Tori Preston 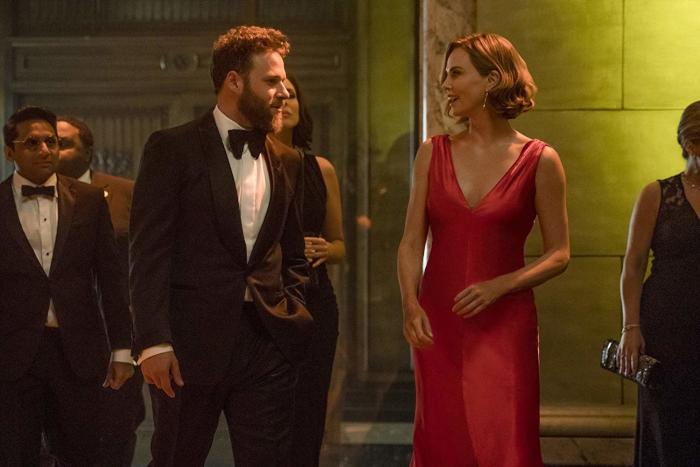 Long Shot — Long Shot is terrific and probably a lot funnier than you think it will be, based on the trailers, which suggest that Long Shot is a throwback to the romcoms of the early aughts. And it is, if those aughts romcoms had been run through the Seth Rogen filter. It’s very funny — hysterically so at times — but it doesn’t subvert any rom-com tropes so much as it gently pokes at them. It’s a broad studio comedy designed to appeal to as many people as possible, but it’s also raunchy and sexual, because Long Shot also wants to appeal to Rogen’s fanbase. Director Jonathan Levine (50/50, The Wackness) does a great job of merging the two tones to make a movie that fans of both Pineapple Express and The Wedding Planner will legitimately enjoy. — DR

Fighting with My Family — Fighting with My Family is an enjoyable sports film inspired by the WWE career of professional wrestler Paige, played here by Florence Pugh. It is predictable, but it is also endearing and immensely likable. Pugh turns in a solid, likable performance while Vince Vaughn is surprisingly great in the role as both the cutthroat recruiter and a comforting mentor — he brings much of the humor and the heart to Fighting with My Family, although it’s Nick Frost and Lena Headey who are the real reason to watch if you’re not a wrestling fan. They’re like Coach and Tami Taylor, if Coach and Tami Taylor were foul-mouthed British working-class rednecks. — DR

Brittany Runs a Marathon — I saw so much of myself in the choices Brittany makes, and the film delivers insightfully specific moments that are instantly recognizable to anyone who has been in her position. Putting on makeup before you exercise as a way to postpone actually doing it. Being surprised when someone who has never noticed you before finally now has the time of day, once you look different. The lure of “little goals,” and how simultaneously motivating and limiting they can be. The toxicity of certain friendships, and how ugly women can be to each other. The fear that you’ll always be the “fat girl,” even if you become healthier. It’s all there! Watching Brittany Runs a Marathon truly felt like going to therapy, and I mean that as a compliment. — Roxana Hadadi 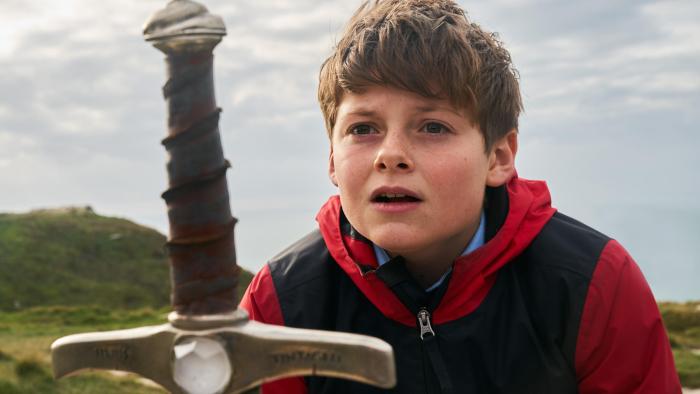 The Kid Who Would Be King — The Kid Who Would Be King is probably not the sophomore feature fans were expecting from Attack The Block’s Joe Cornish. Which isn’t to say that the two films don’t share some common DNA. Squint and you’ll recognize the unlikely alliances forged in the face of a common, otherworldly threat. But this time around fantasy replaces science fiction, and the core teens are replaced with plucky pre-teens, and the audience… well, this is very much a Kid’s Movie. And that’s OK! It’s not a pejorative, it’s a compliment. What Cornish has created is impressive for exactly what it is, which is the sort of pure 80s throwback I didn’t realize I was missing. This isn’t some Pixar-ish all-ages/all-levels adventure, with knowing jokes that wink at the parents while their kids decide which brightly colored character they want on their next backpack. It’s a film with something to say — a LOT to say — and it’s all for young ears. It knows adults are watching, and it almost actively dismisses them despite being intimately familiar to them, like a lost relic from their own childhoods. — TP

Beautiful Day in the Neighborhood — We feel so justified in anger. We cling to it because we feel on some level like the person it is leveled at will pay by our wallowing in it. We guzzle it down and think it keeps us honest and alive. But anger is poison. Letting go is its antidote. A Beautiful Day in the Neighborhood wants to teach you how to let go. Because at a certain point, the anger is doing nothing for you and it’s getting in the way of you doing things for yourselves and for others. So—the film suggests—be like Mr. Rogers. Channel those negative feelings wherever you like, in piano, in puppets, in kindness toward others. Be the hero you saw him as. — KP

Always Be My Maybe — It remains kind of amazing to me that a genre as classically white as the romantic comedy has been receptive at all to diversity and inclusion, but Always Be My Maybe is further evidence that expansion is a good thing. The latest Netflix rom-com with Ali Wong and Randall Park is consistently thoughtful and often hilarious, with a supporting turn from Keanu Reeves that oozes delightfully weird energy. — RH

Late Nite — The array of comedic styles work in Late Night, although there is an undeniable wish-fulfillment element, too, and that sincerity might not work for some viewers. But there is something very affirming about how Mindy Kaling’s Molly says, “I will not be marginalized by the iron fist of white privilege,” and how deeply this otherwise mild-mannered and sunny woman means it, that struck me deeply while watching Late Night. All that and a deeply layered, varyingly fragile and resentful performance from Emma Thompson that should be nominated for an Oscar, if the Academy deigns to pay attention to a little old comedy from Amazon Studios this year. They — and you! — should. — RH

← Can You Identify the Celebrity Based On Their Bad Wax Figure? | With Meghan Markle Stepping Back, It's Time To End the British Monarchy →