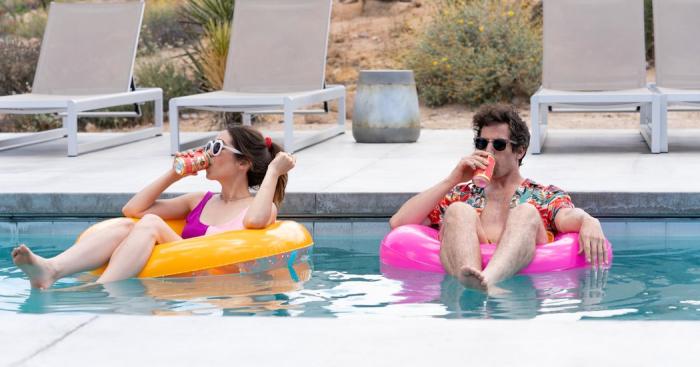 With the end of the year approaching and award season heating up, movie lovers across the nation are looking to catch up on the great cinema they might have missed. Good news: a LOT of it is now streaming. So much in fact that we couldn’t fit them all in one article!

Join our writers by checking out the movies we loved this year, as well as the ones we are watching before cementing our Top Ten lists. First, we explored Netflix. Next up: the Best 2020 movies now on Hulu.

The Assistant Dir. Kitty Green
Julia Garner stars in a drama that essentially imagines what it might be like to be the personal assistant of Harvey Weinstein. Follow this harried heroine through the NYC hustle, the frenzied demands, and the shadiness that cloaks her boss’s meetings.

Babyteeth Dir. Shannon Murphy
Teen girls dying of cancer and falling in love is a trope that can be tiresome. However, Rita Kalnejais’s sharp and savage script breathes new life into this premise, offering a story that is emotionally complex as it is devastating. Eliza Scanlen stars alongside Toby Wallace, Essie Davis, and Ben Mendelsohn, all of whom deliver performances so hard-hitting they’ll suck the air from your lungs.

I Am Greta Dir. Nathan Grossman
Greta Thunberg took the world by storm with her passionate and doggedly informed activism over climate change. She’s spoken to world leaders, made speeches before protesters and politicians. She’s gone on strike from school, because what is the point of getting an education if there is no future? You might know her stories from headlines, social media attacks, and magazine profiles. Yet this doc takes audiences into her home and her struggles as this child strives to live up to her ideals while the adults around her blithely watch the world burn.

The Painter And The Thief Dir. Benjamin Ree
It began with a gallery heist caught on tape. Two massive paintings stolen in broad daylight. The painter, stunned by the loss, became fascinated by one of the thieves. He would become her unlikely muse and unexpected friend. However, this story is not as heartwarming as that setup might suggest. Truly, this is one of the most riveting docs of the decade.

Palm Springs Dir. Max Barbakow
This time-loop comedy made history as the highest-priced acquisition out of Sundance (beating Birth of a Nation by 69 cents!) Hitting streaming over the summer, it drew riotous praise for its tale of time-crossed lovers (Cristin Milioti and Andy Samberg) who revel in recklessness and gallows humor in a wedding day that keeps restarting.

Portrait of a Lady on Fire Dir. Céline Sciamma
Why yes, this smoldering period piece made our 2019 lists, because it was during that festival run that it hit us so hard in the heart that our teeth shattered and our toes curled. HOWEVER, Neon didn’t actually release this in theaters in the U.S. until February 2020. So, consider this another chance to catch up (or revisit) the lesbian romance that is as rapturous as an oil painting, as sumptuous as a velvet gown, and as hot as the ragged breath of a lover in ecstasy.

Sea Fever Dir. Neasa Hardiman
Creature feature and contagion horror collide in this seriously chilling thriller. Hermione Corfield stars as a marine biologist aboard an Irish fishing trawler, where the crew is a tight-knit and superstitious lot. When their catch includes more than they bargained for, perspectives collide as they battle to survive the sea’s undiscovered dangers.

Shirley Dir. Josephine Decker
Inspired by the life of Shirley Jackson, this bracing biopic stars Elisabeth Moss as writer, desperate for inspiration. When a couple of newlyweds come into her and her husband’s circle, things get twisted. A trippy execution makes for a movie that had some critics swooning.

Tesla Dir. Michael Almereyda
Ethan Hawke stars in this biography of Nikola Tesla. Don’t you dare expect the bog-standard. The artifice of settings and imagined conversations is willfully exposed. Period accuracy is ignored to work in conversations of Google searches and a pivotal karaoke jam. Into this Hawke gives a performance that is absolutely electric.

← FKA twigs Sues Ex-Boyfriend Shia LaBeouf, Citing 'Relentless Abuse' | Let's Spend Way Too Much Time Thinking About Why People Want to Do it With The Grinch →