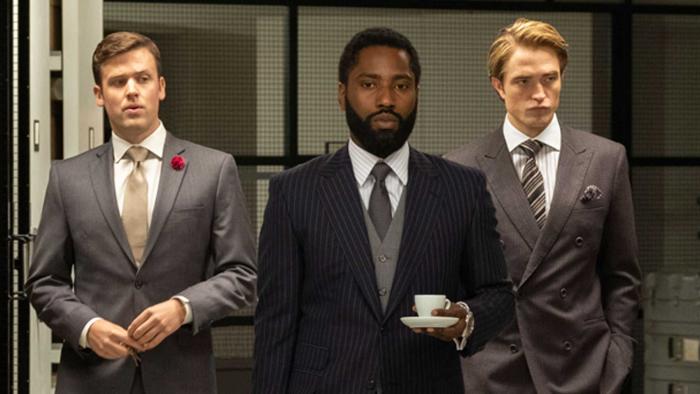 I write the weekly box-office report over on Uproxx each week, and after doing it every Sunday for five or six years, you get into certain habits. I write it on Saturday nights based on estimates that go out on Saturday, and then I tweak it on Sunday morning when the final numbers come in. When movies began returning to theaters, I looked forward to — at least — this small bit of normalcy.

As it turns out, however, Warner Brothers had decided not to give estimates or daily breakdowns. They were going to provide basically one number, on Sundays, and leave it to us to figure out the details. Basically, they were trying to throw in as many numbers as possible so as to make Tenet look like a hit. So, for instance, last weekend, they released one number: $20.2 million. That was at the lower end of estimates, but the number could be spun into something that suggested moviegoing could be salvaged until the arrival of a vaccine. But when the same studio decided to postpone Wonder Woman 2 until Christmas, it became apparent that there was no salvaging.

Indeed, as it turns out, that $20.2 million figure that Warner Brothers gave us last weekend was a combination of 11 days of box-office receipts from Canada (including two weekends), and 7 days of box office receipts from the United States (Tenet actually opened on Monday). In reality, last weekend, Tenet made $9.5 million in the United States. This weekend, Tenet added $6.7 million (with much of that coming from drive-in theaters in California, where Tenet was finally allowed to screen). In North America, Tenet has now made $30 million. Worldwide, however, the movie has earned $200 million, so moviegoing has returned in many parts of the world, in particular, China, where a movie called Eight Hundred has earned $336 million in less than a month.

There are caveats, of course, chief among them that indoor theaters haven’t opened in some of the largest markets, including Los Angeles and New York City. But how much of a caveat is that? I wonder how willing folks in liberal cities like New York City and Los Angeles will be willing to risk their health for a movie? Part of it might be Tenet, too. Because the danger posed by the virus is relatively small in my area, I had considered seeing Tenet, but reviews — including our own — dissuaded me. It doesn’t seem worth the risk. Would the equation be different for Wonder Woman 2? Or the next Bond film? Or Black Widow. I don’t know. I know I’d love to see Black Widow with my family, but I also know there is no scenario in which my entire family will be attending a movie together, and watching Black Widow by myself doesn’t sound like that much fun.

I’m not sure what the studios will ultimately do, but it’s clear that moviegoing audiences in America are not ready to return in full force, or even close to it. That’s not going to change at Thanksgiving, a time in which families — including grandparents — often attend movies together. It’s not going to change at Christmas, either. Going to the movies during flu season sounds, well, irresponsible.

I’ve saved a lot of money this year not going to the movies, though, and I’d be more than willing to put that toward a better, larger TV if Disney wanted to release Black Widow internationally and charge us $30 to rent it. I’d jump on that — I’d probably go $35 or $40. The communal, moviegoing experience is a blast, but my wife and two youngest children have also gotten into Marvel movies during the pandemic, and it’d be a thrill to watch Black Widow on the couch with them. Plus, all those awards movies scheduled to come out? Those are going to be better on our TVs at home, anyway. It’d be a fun twist if the whole world got to watch them at the same time, anyway, instead of being seen only by a select few in New York and Los Angeles, who lord that sh*t over the rest of us until it arrives in our towns after the Oscars are already over.

Meanwhile, I love Christopher Nolan films, but the arrogance of Nolan thinking he could save the movie industry with an apparently incoherent action film is something else. Maybe a little humility will go a long way toward improving his next film.