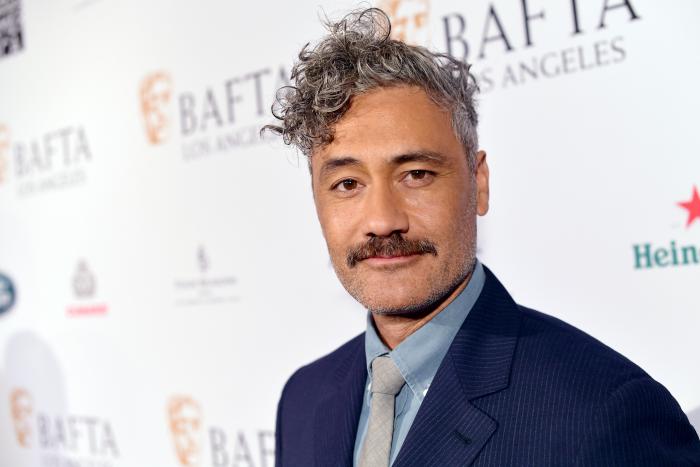 Jojo Rabbit director Taikia Waititi may or may not be the latest to be approached by Lucasfilm to develop a Star Wars movie. After the release of Star Wars: The Rise of Skywalker, which made lots of money but divided fans, the future of the galaxy far, far away seemed unclear. With the news that the beloved Waititi — who breathed fresh air into the Marvel Cinematic Universe after writing and directing Thor: Ragnarok — could direct, it’s safe to say that it’s the best Star Wars news since the introduction of Baby Yoda.

Before anybody gets their hopes up, though, it’s best to remember that nothing has actually been confirmed yet, at least not by representatives from Disney and Lucasfilm. Per The Hollywood Reporter, it’s unclear if Waititi was approached for a separate Star Wars movie or if it’s the one that Marvel’s Kevin Feige is also working on. However, that he was approached at all bodes well, although Waititi himself may have thrown cold water on those “rumors.”

Though Lucasfilm has plans in place for another Star Wars movie, which is currently scheduled for a 2022 release, it hasn’t been confirmed if The Last Jedi director Rian Johnson is still developing a trilogy for the studio or what the next film will even be about. Currently, the Knives Out sequel seems to be keeping Johnson occupied for the time being though.

Also, remember when Game of Thrones’ D.B. Weiss and David Benioff left their untitled Star Wars project? In short, Lucasfilm and its relationship with directors (hi, Colin Trevorrow) don’t have a solid track record at this point, so it’s best to stay skeptical or, at the very least, only cautiously optimistic. (As an aside: Lucasfilm needs to start hiring more women. Every single movie director they choose or approach is a man and they’re way behind on that front.)

Taika Waititi’s Jojo Rabbit was recently nominated for six Oscars and he’s directing the fourth Thor movie, Thor: Love and Thunder. He’s also no stranger to Lucasfilm, having voiced the droid IG-11 in The Mandalorian and directed the series’ Season 1 finale.