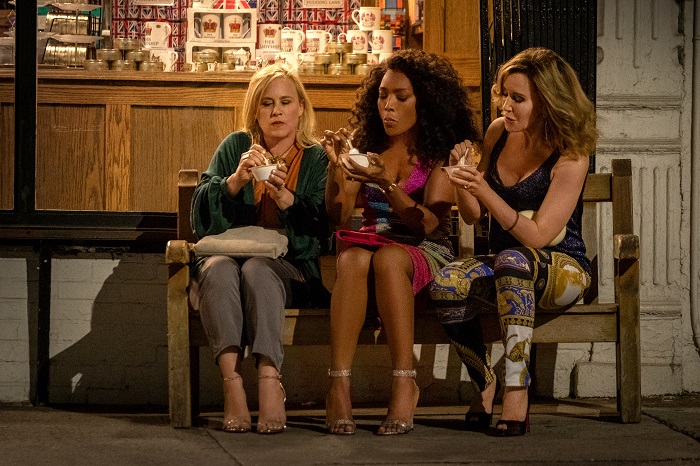 Stream It or Nah: ‘Otherhood’ Relies on Resentful Child Shaming to Communicate a Tiring Portrait of Meddling Mothers as Martyrs

I have procrastinated in watching Otherhood on Netflix for the past few weeks, and if my behavior were filtered through the lens of this movie, my avoidance of these mothers would be nearly criminal. I am a bad child, whose own desires and interests are bad, and I’ve dishonored and disrespected my mother by doing this, and oh jeez, aren’t you crushed under the weight of all this guilt already?

I suppose mothers of a certain type will be reassured by Otherhood, which basically says that meddling in your children’s lives and stalking their partners and critiquing and judging every single thing they do is actually a positive. Duh, that kind of helicopter parenting and overinvolvement is a good thing! It will really whip your underachieving, emotionally distant children into shape! They will really learn to love for you for telling them how shitty they are!

That’s the gist of Otherhood, directed and co-written by Cindy Chupack in her directorial debut (she’s been a producer for Sex and the City, Modern Family, and Divorce for years) and starring Felicity Huffman (who actually isn’t listed in the top credits when I stream Netflix on my Blu-ray player; I wonder if that has anything to do with that whole bribed-college-officials thing?), Patricia Arquette, and Angela Bassett. The women play three mothers who formed a friendship when their sons were close as children. 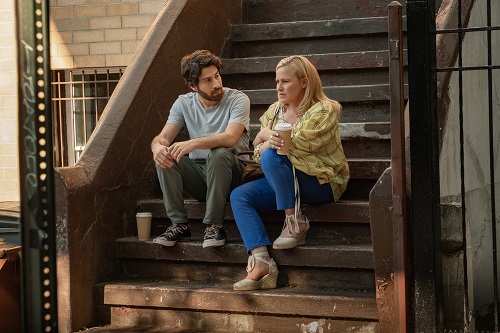 Decades later, the women still live in Poughkeepsie, but the sons have all moved to Manhattan. Carol’s (Bassett) son Matt (Sinqua Walls), a Dartmouth graduate and a one-time basketball star, is the art director for a magazine called All Balls. Gillian’s (Arquette) son Daniel (Jake Hoffman) is a struggling writer who publishes every so often in literary journals but is squandering away a book deal. And Helen’s (Huffman) son Paul (Jake Lacy) is a window dresser for high-end boutiques, and although Helen knows Paul is gay, she resents him for never coming out to her officially. (Yes, there is dialogue here basically lifted from Love, Simon about why heterosexual people don’t have to come out to their parents.)

In fact, the women are practically drowning in resentment. Helen divorced Paul’s father 11 years ago and is remarried, but she can’t stop talking about how awful her ex was. Gillian and her husband are in a rocky place. Carol is widowed. And when their sons all forget to wish them “Happy Mother’s Day!” the moms decide to crash their lives in Manhattan, appearing on Matt’s, Daniel’s, and Paul’s doorsteps and demanding attention.

What that really means, though, is that all of the women start haranguing their sons. Once Carol sees a pair of women’s underwear on Matt’s couch, she’s convinced he’s wasting his potential. (My dude lives on the entire top floor of a building with a gorgeous open-concept floorplan and his own personal elevator, but okay, Carol.) Helen learns that Paul has a steady boyfriend and is basically living in a bougie communal home of gay men, and freaks out when she also learns that Paul is closer emotionally with her ex-husband. And Gillian breaks into Daniel’s apartment to yell at him about his “shiksa” girlfriend Erin (Heidi Gardner, underused), harass him into going on a date with another woman, and also—you guessed it—accuse him of wasting his life. 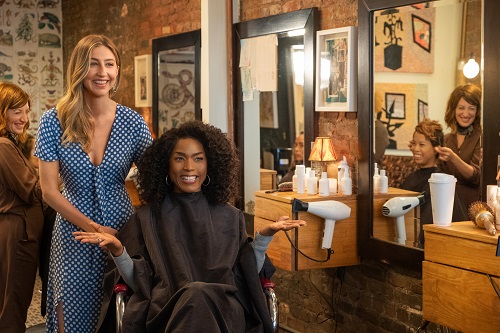 I don’t believe that characters need to be likable to make a movie compelling, but it’s exhausting to watch how Otherhood bends over backward to make every woman turn out to be right. There’s a little bit of “women doing things for themselves” energy to the script, which includes embarrassingly expected scenes like the women getting makeovers, going out clubbing, and getting drunk, but it’s secondary to the self-righteousness of their roles as mothers. (And, like so many films of this type, the movie features a cover of Nancy Sinatra’s “These Boots Are Made for Walkin’,” as in Ocean’s 8.) They tell their sons what careers to have, what to do with their bodies, how to navigate their relationships. They keep talking about how independent their sons are, but then they begrudge these adults for not doing every single thing exactly as they want. The movie irrevocably links together the fact that these sons forgot Mother’s Day with the idea that they’re also fucking up their lives without their mother’s firm guiding hands, and that’s just unbelievably tiring to watch. (And the movie also treats its other female characters like crap with messily handled subplots about cheating and statutory rape that reinforce how put-upon these women are.)

What Otherhood—which is named that, by the way, because the women feel like they are no longer “mothers” to their sons, but “others,” did you get it—reminded me of most, weirdly, was Clint Eastwood’s The Mule, another fantasy for viewers of a certain age. In that film, Eastwood was such a good drug runner that he impressed an entire goddamn Mexican cartel, that he won his estranged family back despite purposefully choosing a life of dangerous crime, and that he proved Boomer men are just as good as anyone else. Something similar is going on in Otherhood, in which mothers are reassured that every choice they made is a good one, even if that choice was to guilt trip and harass and meddle and interfere and stalk. All they’re doing is for the best! Why aren’t you appreciative? Why don’t you love your mother without question??? How dare you.

Otherhood is currently streaming on Netflix.

← Reddit Asks the Question: 'What Were the Most Unsettling Things You Found When Downloading the Data Google Has On You?' | HBO's 'Our Boys' is a Bleak But Rewarding Exploration of a Murder That Led to a War →