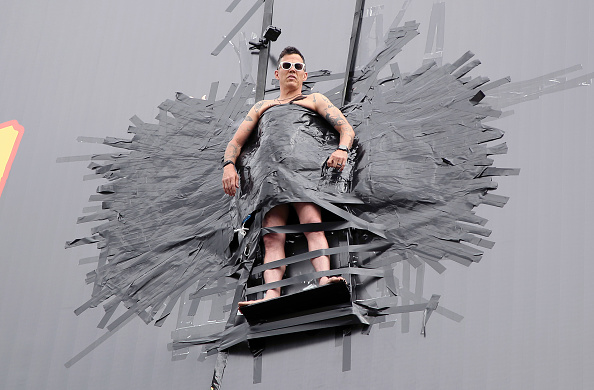 Yes, assuming the participants survive (and that is not an easy assumption), there will be a Jackass 4. I will watch Jackass 4, I will invariably laugh until my kidney hurts, and I will be embarrassed by that. But it is what it is. I am not proud.

All the same, Johnny Knoxville (49), Steve-0 (46), and Bam Margera (a hard 41) have ramped up production on the film following a delay brought upon by the pandemic. Jason ‘Wee Man’ Acuña and Chris Pontius are also expected to be back, although several of these guys have had a rough couple of decades, being in and out of rehab, in addition to dealing with the pain stemming from stunts in the earlier movies and the TV series (one of their cohorts, Ryan Dunn, also died in a drunken-driving accident in 2011).

In any respect, in a video posted to his website, Bam Margera provided the first update from the set of Jackass 4. The update was provided in a clinic where Margera was providing a urine test, which probably has something to do with his several arrests and five rehab stints in recent years (including one arranged by Dr. Phil). Margera said that Steve-O and Johnny Knoxville were already in the hospital — two days after filming began — after performing a stunt in which they “jumped on a full-speed treadmill” while carrying band instruments, like a tuba.

Yeah, that’ll do it. JFC. Does the film’s entire budget pay just for insurance?

The film is still tentatively scheduled for release on March 5th, 2021, although that seems very optimistic. Again, assuming everyone survives, expect the fourth installment late in 2021.