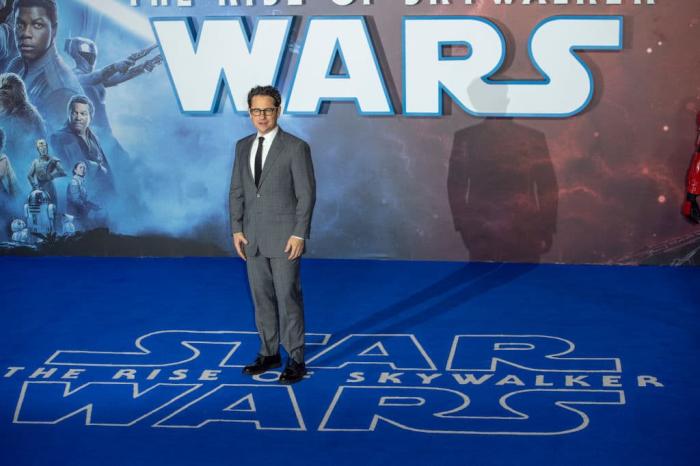 'Star Wars,' Disney, JJ Abrams, and the Fetish of Nostalgia

Star Wars: The Rise of Skywalker isn’t necessarily a bad film. It’s well-made in the way that all modern blockbusters on rails are, and the cast is giving it their all in roles they clearly adore. There’s enough here to satisfy many a fan of the long-running franchise. Indeed, every aspect of it feels agonizingly primed for such consumption. That’s nothing new for Star Wars. This is a series with its roots firmly in nostalgia, from George Lucas taking influence from the Flash Gordon serials he loved as a child to the original trilogy’s deliberate evocation of the works of Akira Kurosawa, David Lean, and Frank Herbert. It seems pathetically futile to criticize The Rise of Skywalker on the grounds of it being too enamored with nostalgia, yet that is its overwhelming weakness as a piece of storytelling, one both independent from its vast context and as part of cinematic history.

JJ Abrams directed The Force Awakens to strong reviews. He seemed like the right choice to reignite a new era of Star Wars in the 2010s, a time when the blockbuster had been reinvented once more. The future that Lucas promised with A New Hope was now a frightening reality of expanded universes and the undisputed domination of the big-budget genre spectacle, something Abrams was highly familiar with thanks to his work in both television and cinema. His film directorial credits, in particular, speak volumes to what he represents and why that has proven so irresistible for the current era. Like his Spielberg homage Super 8 and his two Star Trek reboot movies, The Force Awakens is pure nostalgia bait. Its story so heavily mirrors that of A New Hope that you wonder if Lucas should have received a screenwriting credit. It didn’t seem so egregious at the time. This could be justified as Abrams and company showing the cyclical nature of the medium and how such well-trodden narratives could be refreshed for new audiences while retaining their timelessness.

Those excuses fell flat once Rian Johnson gave us The Last Jedi and all of a sudden we were reminded that man cannot live on nostalgia alone. Whatever lessons Disney and Lucasfilm could have learned from Johnson’s narrative risks and the message of the necessity of letting the past die were wholly ignored if The Rise of Skywalker is anything to go by. The entire film felt like a disheartening checklist of tropes, memes, and references designed to elicit smiles of recognition and not much else.

In one of Mad Men’s most iconic moments, Don Draper said that nostalgia ‘in Greek nostalgia literally means ‘the pain from an old wound. ’ It’s a twinge in your heart far more powerful than memory alone.’ While that’s not technically accurate — the etymology of the term reveals a more accurate translation along the lines of ‘the pain of returning home’ and a specific longing for something long past — it does get at the near-primal force of the concept that fuels so much of our world. It’s a sentimentality for a time or place or thing that your brain associates with happiness, with comfort, with a yearning for ‘a simpler time.’ There’s a reason Draper leaned so heavily on the concept to shill a product would a fleeting shelf-life. Nostalgia is eternal, impeccably varnished, and heartily encourages a state of thoughtlessness.

Nostalgia is at the heart of many a business model. The entire advertising industry has its feet firmly planted in this strategy. Modern politics’ swing to the hard-right, exacerbated by older white voters rejecting of cultural progressivism and straight-up racist politicians stoking the fires, unnervingly evokes rhetoric centered on ‘the good old days.’ As for modern cinema? Well, for that, we once again direct our attention towards The Walt Disney Company.

No entertainment company on the planet has done more to commodify nostalgia than Disney. They have so successfully inserted themselves into the narrative of our lives that generations of people refer to the corporate entity as being a crucial part of, if not their entire, childhood. It’s not merely that they have found a way to harness nostalgic content as it already exists, be it retelling popular fairy-tales or appropriating mythology of world cultures. Disney has invented an entire alternate world of nostalgic fervor that extends into what Umberto Eco referred to as ‘hyperreality.’ They carved a niche in history and culture that looks familiar, feels familiar, but is sanitized and commodified to the extent where it is and always shall be inimitably the property of Disney. The French countryside of Belle’s provincial life is free from starvation and the country’s political turmoil. Pocahontas is a sexy adult and her community solved colonialism by stopping one evil white man. The Main Street of Disneyland, the epitome of the polished American dream, has more mouse ears than diversity. The galaxy far, far away may have become more inclusive but the limitations of nostalgia have seldom been so smothering.

Abrams fetishizes the cinematic past, the one he grew up with that has now become the structural bedrock of the industry. What seems to matter most to him as a director is the ability to elicit that ‘oh, I get it’ feeling in audiences, giving them the glow of familiarity and not much else. Super 8 was a tribute to Amblin but without any of the quirky heart or occasionally sharp edges that those movies often possessed. 2009’s Star Trek paved the way for The Force Awakens but the true disaster was Star Trek Into Darkness, a dazzlingly incoherent mess of nostalgia bait that rehashed one of Trek lore’s most iconic villains in a lazy and uninteresting manner that please nobody and forced the main characters to go through the same arcs they experienced in the previous film, thus undoing all their growth. If it worked once, it’ll work again, right? That’s all audiences want, so JJ seems to believe.

Perhaps he’s right. A lot of fandoms, but especially Star Wars, have been notoriously hesitant to change, even when it’s utterly necessary for the story in hand. We all saw how the fans responded to the prequels and how much ire George Lucas personally faced for them. It became all-too-common online for grown men to screech that the prequels ‘raped their childhood’ while threatening to kill pre-teen actor Jake Lloyd. The biggest fans became the biggest enemies of the franchise, all in the name of ‘supporting’ the thing that they had bonded themselves and their identities to for decades. I don’t blame Abrams and Disney for wanting to do all they could to appease those lifelong skeptics who were guaranteed to buy tickets on opening weekend. William C. Kurlinkus wrote that ‘JJ Abrams has self-consciously harnessed nostalgia to welcome back alienated fans through retro branding. Because of its trio of main characters; the recasting of Carrie Fisher, Harrison Ford, and Mark Hamill; and an invocation of plot parallels, 2015’s The Force Awakens was excitedly hailed as a nostalgic remake of A New Hope.’

We know Abrams can be ambitious, as evidenced by his television work, most notably Lost. We also know that he’s not one for offering climactic payoffs that live up to the lofty promises of his concepts. He never intends to open the mystery box, instead outsourcing those impossible tasks to others. Nostalgia doesn’t require a mystery, so it’s no wonder he’s become obsessively reliant on it as his cinematic tool of choice.

Nostalgia isn’t supposed to evoke complicated feelings. It’s the emotional steamroller we crave when our brains become too noisy. Still, that doesn’t mean it can’t leave us confused or angry. Indeed, nowadays it feels like any attempts made to get away from nostalgic fervor only exacerbate the worst recesses of fandom. It is during these moments where we see how truly insidious a force it can be. The mere presence of women, people of color, and LGBTQ+ individuals become a ‘betrayal’ to those whose childhood memories are of white male heroes and their sexy lady trophies. Nonsensical and arbitrary rules are reinforced by cultural gatekeepers, a task that is especially hilarious given how Star Wars was famously made up as Lucas went along. Most dishearteningly, the stories of children become the property of grown men who don’t want to share. Look at how Rey’s Jedi abilities, which were perfectly consistent with the franchise’s lore, became a sign of her ‘Mary Sue’ status, or the abhorrent abuse leveled at Kelly Marie Tran for merely existing in a movie. To evoke nostalgia is to make a deliberate choice to pander to a choice demographic, and with The Ruse of Skywalker, we knew exactly who Abrams and company wanted to appeal to. It certainly wasn’t the fanbase who wanted more of The Last Jedi.

Nostalgia doesn’t leave much room for change. That’s basically the entire point. The literal definition of ‘fetish’ is ‘a material object regarded with superstitious or extravagant trust or reverence.’ Abrams, Disney, and Lucasfilm seem genuinely terrified of allowing Star Wars to evolve in the slightest manner, even if it risks the long-term viability of one of their most valuable properties. Then again, that’s all this is: a property. It’s a commodity designed to make money and Disney’s own grosses are evidence enough that their wielding of nostalgia has created an effective monopoly of business, entertainment, and audience devotion. Train them from a young age and they’ll keep coming back for more. We cannot live on nostalgia alone, but dammit, we sure do love to try.